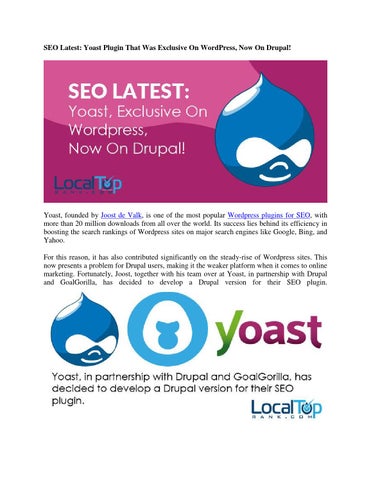 SEO Latest: Yoast Plugin That Was Exclusive On WordPress, Now On Drupal!

Yoast, founded by Joost de Valk, is one of the most popular Wordpress plugins for SEO, with more than 20 million downloads from all over the world. Its success lies behind its efficiency in boosting the search rankings of Wordpress sites on major search engines like Google, Bing, and Yahoo. For this reason, it has also contributed significantly on the steady-rise of Wordpress sites. This now presents a problem for Drupal users, making it the weaker platform when it comes to online marketing. Fortunately, Joost, together with his team over at Yoast, in partnership with Drupal and GoalGorilla, has decided to develop a Drupal version for their SEO plugin.

The Latest On Yoast The new platform is also in accordance with the various changes that Yoast is making. They are currently re-arranging and strengthening their brand, which is obvious given the latest changes they’ve made over their website. The site had a total remodel with a new look, and new tabs on their navigations – their previous ‘Wordpress’ tab is now named ‘Software’ which, when clicked, would lead to a landing page containing different choices: Wordpress, Drupal, and their Dev Blog. The information about Yoast on Drupal though hasn’t been released just yet. Launching Yoast On Drupal The Drupal team is said to be launching their Yoast functionality at the DrupalCon Barcelona on September 23. This promises a huge deal for the company – especially if they want to broaden their horizon on the CMS market. Wordpress has certainly proven itself a formidable competition over the past years, but this recent move by Drupal would certainly change the mechanics of their game a little. Latest SEO news? You may want to check out our article on Google’s latest updates. Feel free to browse the Local Top Rank Blog for more!

Latest SEO News about the popular SEO Yoast plugin for Wordpress will now be available on Drupal Platform. 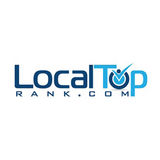