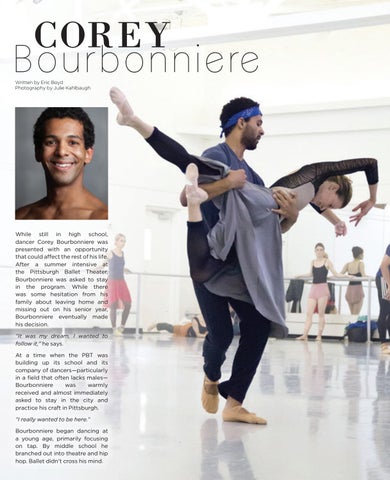 While still in high school, dancer Corey Bourbonniere was presented with an opportunity that could affect the rest of his life. After a summer intensive at the Pittsburgh Ballet Theater, Bourbonniere was asked to stay in the program. While there was some hesitation from his family about leaving home and missing out on his senior year, Bourbonniere eventually made his decision. “It was my dream, I wanted to follow it,” he says. At a time when the PBT was building up its school and its company of dancers—particularly in a field that often lacks males— Bourbonniere was warmly received and almost immediately asked to stay in the city and practice his craft in Pittsburgh. “I really wanted to be here.” Bourbonniere began dancing at a young age, primarily focusing on tap. By middle school he branched out into theatre and hip hop. Ballet didn’t cross his mind. 14 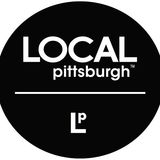