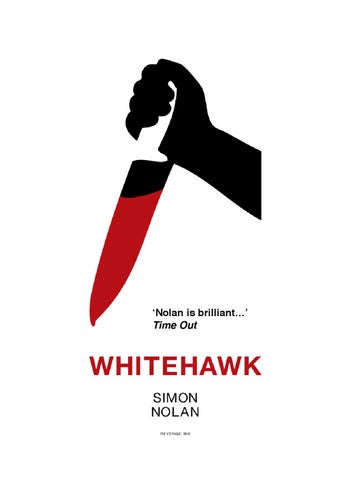 ʻNolan is brilliant…ʼ Time Out

By the same author: As Good as it Gets ‘the funniest book I’ve read in aeons... Nolan is brilliant...’ Time Out ‘exceptionally funny and realistic... Nolan’s eye is perfect for observation comedy...’ The Sunday Times Quartet Books ISBN 0 7043 8088 9

The Vending Machine of Justice ‘brilliant black humour... a savage take on truth and justice, with a real satirical bite that hasn’t leaped out of the pages since Evelyn Waugh...’ The Independent ‘imagine Twelve Angry Men as a comedy set by the seaside... fantastic.’ Time Out Quartet Books ISBN 0 7043 8106 0

‘Jamie?’ Mel said. ‘Hmmm...’ ‘Would you say I demonstrated an evidence-based approach to decisionmaking?’ He moved his mouth away from her neck, and lay back on the sofa. ‘Is it a trick question?’

She had what Jamie called her Wednesday face on, Wednesday being the day when The Guardian carried a thick, densely-printed social work appointments section. Sick of my job, her face said grimly as she flung the pages over, lips tightly compressed, not appreciated, not getting any younger, time to move on. This one looks good: see, working with proven bastards in extremely depressing circumstances in some toxic decimated sink-estate near Sunderland, for almost no money. No training, no support, and blame from all sides when it all goes wrong, which it invariably does. Applicants will, ideally, be utterly mad. Mel applied for many, but (thank God, Jamie thought) rarely got past the first interview stage. If she wanted to move from sunny, easy-going Brighton to Hell-near-Middlesbrough to minister to the needs of drug-addled monsters that sold their children and smoked in Tesco, would he accompany her? Certainly, he thought soberly, I might prefer not to. As yet the question had not, quite, come up. â&#x20AC;&#x2DC;Show me the ad,â&#x20AC;&#x2122; he said.

Thinking It Through The project is looking to recruit qualified social workers, preferably experienced in family and child welfare, to act as Rationality Counsellors. Successful applicants will, after an initial training and evaluation phase, work intensively with one family over a three month period. The project aims to bring about a greater sense of order into lives that have suffered undesirable or disadvantageous social outcomes as a result of high levels of unreason. Applicants must be able to demonstrate a flexible, holistic and 5

multidisciplinary approach; must show a commitment to evidence-based decision making; and must have an awareness of ...’

‘Well, if you want me to be serious about it...’ he said. ‘No. I want you to say I do it. The rational thing and everything. I do don’t I?’ ‘Course you do. In fact it was precisely that that first attracted me to you, oddly enough.’ Jamie attempted to slide the Guardian away from her, but she caught it in time. ‘I thought, finally after all this time I meet the kind of girl who really knows a thing or two about flexible, holistic...’ ‘Your brother said you fancied my tits, because I was wearing cashmere. He says you’ve got a thing about women and cashmere.’ ‘He’s been saying things like that for decades. It doesn’t make it true.’ ‘But is it true though?’ ‘Well yes it’s true I suppose...’ ‘It’s based right here,’ Mel said plaintively. ‘Brighton. Do you know how often jobs come up here?’ He pulled away. ‘Not very often?’ ‘Whitehawk Estate, Brighton. See? It says.’ ‘Whitehawk eh?’ Jamie said, and whistled softly. He knew, dimly, what Whitehawk meant, though like the majority of Brighton’s residents he had never actually set foot in it and had no immediate plans to do so. No tourist ever went to 6

Whitehawk either, and if they did they would obtain no usable pictures and, after dark, might not be entirely safe. There was no Royal Pavilion on the Whitehawk Estate, no B&Bs, no raffish Regency squares. Whitehawk was 1970’s system-built deck-access low-rises; it was rain-swept concrete, petty crime, burned-out cars and random hostage dramas, always drug related. Fierce teenagers throw stones at the buses in Whitehawk. The children were feral and unsupervised (as, indeed, were the adults). Surrounded by a landfill site, a grim Victorian hospital (ex-workhouse) and a vast, sprawling crematorium complex, with the racecourse at the top, Whitehawk was entirely severed from the rest of Brighton, and Brighton seemed content for it to remain so. ‘Lucky you,’ Jamie said. ‘Are you going to go for it?’ ‘Oh there’s absolutely no point, they’ll never have me. I haven’t got...’ ‘OK. Don’t go for it.’ ‘But it’s perfect, look...’ ‘So sodding go for it then.’ ‘Oh fat lot of help you are,’ she said, and tried to fold the paper up but only succeeded in tearing it. ‘Go for it, don’t go for it. Like it’s that easy.’ ‘Sorry,’ Jamie said, and got back to smoking. This was why he dreaded Guardian days. ‘Sorry. There must be some kind of third way between going for it and not going for it that I’ve overlooked. You see, I haven’t had the training...’ ‘In decision-making and that?’ ‘Exactly,’ Jamie said, nuzzling her knee, whilst attempting to (accidentally) set fire to the paper, ‘exactly sweetheart. Not like you.’ 7 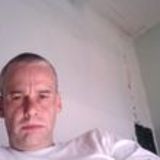 Mel Banff is a new kind of social worker. Overseen by the shadowy Rationality Unit, she will be stationed with one family over three months...

Mel Banff is a new kind of social worker. Overseen by the shadowy Rationality Unit, she will be stationed with one family over three months...