Leave No Veteran Behind Outcomes 2019 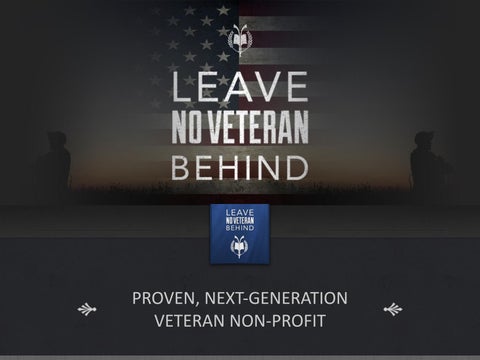 Active duty personnel, reservists, and national guard have taken out student loans to pay for higher education because of loopholes in educational benefits.

Majority of undergraduates and graduate school Veterans who

Most Americans assume that benefits the G.I. guarantees U.S. Armed Forces personnel access to free are not covered by education takeBill out an average of $7,400 per year or nearly $30,000* in total. post-secondary education. They are surprised to learn that active duty personnel, reservists, and Veterans • have The Office had of Servicemember to take outAffairs student within the loans Consumer to pay for higher education. Financial Protection Bureau found that rising levels of Veteran Shortfalls student in thedebt new Post 9/11 G.I. Bill, lingering exclusions from the old Montgomery G.I. Bill, may be a more serious problem for military families and educational than originally debt believed, acquired accounting prior for more to service economic hardships compromise the lives of thousands. While there than mortgage and credit card debt combined.** are military educational programs that help relieve this educational debt, not all Veterans are • under One of the most prevalent reasons service members lose their covered these programs. security clearance is because of student loan debt.**

Educational debt in the U.S. for active duty military amounts to nearly $3 billion.***

46% of veterans default on their student loans – significantly higher than the default rate of non-veteran students.****

The Education Need Despite the GI Bill, Student debt is a social issue among Veterans

• The majority of the education programs provided by the U.S. military and the Department of Veterans Affairs only provide education support after a Veteran’s original enlistment date during and after their service. Some Veterans have pre-enlistment debt because of education received before service. • Another reoccurring reason that Veterans take on student debt results from the wait time required to process an education claim with the federal government during an extended claims process while they are in school. • The military Student Loan Repayment Program (SLRP) does not cover private debt and has a complex payment process that does not always relieve education debt over the term of the service member’s enlistment.

LNVB Retroactive Scholarship Program Leave No Veteran Behind addresses this issue by accepting private donations from individuals and corporations across the country. LNVB then applies those funds directly to verified Veteran student loan accounts on behalf of our service members, paying off their debt in full.

To qualify, our Veteran beneficiaries must have: (1) completed some form of higher education, (2) currently suffer from an existing economic hardship, and (3) have accumulated outstanding student debt because they were not fully covered by existing military education programs. In return, all Veterans assisted by our program are required to give back through community service. Each Veteran must commit to 100-400 hours of community service that leverages their military skills, civilian education, and new found lack of indebtedness so that they can continue to serve their nation as civilians.

Has An Economic Hardship

Commits to 100-400 Hours of Community Service

97% enrolled Veterans struggling to pay both college and other debt

$230K Veteran Educational Debt paid by Leave No Veteran Behind

Leave No Veteran Behind Meets all of your giving requirements

Leave No Veteran Behind (LNVB) is a national 501(c)3 non-profit organization that invests in Veterans to build better communities through employment training, transitional jobs, and our veteran educational debt relief scholarship. Leave No Veteran Behind invests in heroes who have served their country honorably and who seek to continue their service as assets in communities across America.

Veterans don’t come home to programs, they come home to communities. Leave No Veteran Behind supports Veteran success through transitional jobs focused on serving the communities in which they live. This program employs Veteran talent to solve issues in the most distressed communities.

Sound Stewardship: Respected Board Diverse and credentialed Board of Directors and Board of Advisors; include several general officers, a former Assistant Secretary of State, a former Deputy Under Secretary of Defence and Security, three flag officers, and other prominent individuals from various industries and sectors

“Leave No Veteran Behind

believes former service members are strategic assets. We leverage their skills to address some of America’s most pressing issues as we work to decrease youth violence, lower the Veteran unemployment rate and alleviate Veteran student debt. Join us in our mission.”

Investors that demand: • A non-profit commitment to both a financial and a social return • Direct, measurable impact to Veterans • Measurable social impact to challenging community challenges • Real economic impact through wages, employment, and education

What’s in it for You? There is no shortage of worthy causes to support. The challenge donors face is determining which organization can deliver the good in focused areas, producing results cost effectively. And do all this while providing the opportunity to have their brand connected to those good works in a tangible way. Leave No Veteran Behind provides all of this. Delivers good in focused area • Veterans • Education • Community • Diversity • In specific-target geographies Produces cost effective results • Changes the lives exponentially • Veterans • Military Families • Children in at-risk neighbourhoods • Communities • Nationwide reach and results • High impact with low administrative cost Brand exposure • LNVB’s tens of thousands social media followers • Inclusion in media events • Inclusion on LNVB website and collateral • Novel media story in multiple target markets

Veterans are not victims, but community assets to empower

Leave No Veteran Behind Outcomes 2019 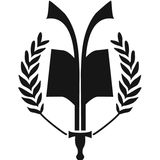 Leave No Veteran Behind