Student scholarship provided by the Republic of Serbia

City scholarship provided by the Municipality of Ruma

The idea is to revitalize the abandoned area next to the existing Museum od Roman Vessels. The new project contains four different buildings and a public space in between, all of which functionally supporting the existing museum at Nemi lake near Rome, Italy. Of immense importance is the lake that lines the area and the untouched surrounding nature. The idea is to create a space that flows: it privides and encourages peopleâ&#x20AC;&#x2122;s interaction and integrates the existing with the new. The area is fisically (and functionally) divided into stripes, which overlap with each other in two directons, and thus create diverse situations which suite to the needs/program.

situation | base | section interweaving between comunication and building formation The enter for seminars and conferences is the third building in the series of four planned additional facilities. The stripes actually grow from the ground level, and therefore form the skin/roof of the building. Two of these (out of four in total) remain covered with grass. At the micro level, the system of overlapping stripes in the longitudinal and transverse direction is beeing again applied. In this way, the system becomes stronger and more stable. The building itselfs contains two/three conference rooms, bar and restaurant with kitchen and service area.

The aim of the competition was to design a multi-family complex, which would provide living for nearly 220 families, in a town in Serbia. What needed to be taken into consideration was the fact that the project would be developed in three separate fases. Our idea was to play with cubes: by placing them on top of each other, and one next to another, we would create vivd facade from the street view. The difference between facade plans would give space for bedrooms and balconies. The inner part, that is the courtyard, is designed to be a platform for the day zone. We created special net, a second facade, that gives the day zone certain privacy. MULTI CUBE | Diagram model

This is a business center in Sao Paolo, that would accommodate several smaller companies. The idea for each of them is to have their own entrance from the yard, and a terrace, whether on the second or third floor level. The comunication is mainly organized as a shell of the building. The building itself is a cluster of boxes. The boxes went out of the initial volume in order to provide space and light for the growing subvolumes. As an outcome, there is a game of shadows between different facades levels/ depths. * model Plug ‘n’ Play | Sao Paolo | 2011

Arrebita!Porto is a social project that aims to refurbish derelict buildings at no cost for impoverished owners. The first step is a pilot project where an abandoned building in the the historic centre of Porto, Rua de Reboleira, has been selected. The old building contained apartments and small scholl, but was abandoned around twenty years ago. The new concept considers division of functions into two main categories: comercial and living zone. The basement, ground floor and mezanine are designed to be public spaces, with possible future Arrebita office, workshops and places for the local comunity. Separate entrance on the top left leads to the first and second floors, that is, two separate apartments. Rua Reboleira | Arrebita site

Typical Portuguese house implies central communication which is the stairs that are placed in the middle of the house, around which all the other functions are centered. In this case however, the stairs are replaced by a box that becomes the core, while the communication is being put on a side. The main idea is to create one open flexible space, since the users of the apartments are not known at the moment. The interior arrangement is mainly free, with one service box in the middle, around which the space is being oriented. The box, aka CABA, contains he bathroom and the kitchen, both on opposite sides. These are all optimized according to the materials to be used and equipment modules. The rest of the space is left to be arranged as needed, depending on the specific clientâ&#x20AC;&#x2122;s requirements.

the model of the house | Porto

The spatial element used to organize the coffee shop is a circle. It represents a table, or a circular separated space. Elements have different scales depending on the number of people that are using a circle. There are two types of its use: 1. people are sitting in the middle of the circle (more social, open) / sitting 2.customer looks outside the circle (the most private, intimate, quick to consume coffee) / standing Coffee shop | Final model

THE COVER fixes the shell from up protection role

RAILS base for shells and columns

The information gathered to start the project comes from the two main aspects: topographic condition or steepness of the terrain and a visual presence of the sea. Design process, structured in the algorithmic way, begins with the formation of the polygonal mesh onto which subsequent data is transposed. In a series of steps, polygonal mesh lends itself to become an architectural form. Traffic ways are accommodate in a gradual transformation of the terrain. Key isolines are extruded to become front facades of the housing units with unobstructed views of the sea. Cascading nature of the form provides for the segregation between the private and communal spaces. Habitation | Final model

FREE SPACE ABOVE OBJECT IN THE INNER LOWER PART

OBJECT IN THE MIDDLE FREE SPACE IN THE INNER PART

3 The algorithm that generates the deformations establishes a relationship between network elements - polygons. Depending on the number of procedures that are included in the action, that is, the number of iterations, complex structures occure, as different inter relations. By using the primary input data, such as position location, exposure to the water, topography, terrain in the fall, the secondary input data is developed - the network. A certain applied algorithm forms a network and generates visual data. In the first iteration concrete architectural forms are being obtained: objects; in the second the individual elements within the object are defined; in the third details and materialization. * project published at blog.4ofseven.com and was exibited at Mixer festival

The workshop was the result of Rhino + Grasshopper seminar in parametric studio. The aim was to develop formal strategies around primal architectural reasoning. Parametric modeling tools were exploited for the development of structural, organizational and geometric logic. The main idea was to generate the topography - which in this case turned into the parametric hat, which growth/changes would be easy to control. In this sense, a spiral line formed the outline of the hat, which was later filled with triangular geometry. Each of the 220 triangles had a offsetted upper point, which would be the peak for future pyramid. The direction in which the pyramid grown is well controlled by several attractors, that are put in virtual hat surrounding space. Parametric hat | Final model

The worshops were done in different courses, all based on the research of materials and their use. The explored materials were cardboard, glass, plaster and wire. The methodology was mainly parametric, thus the projects were developed by the use of diagrams on different scales. The main used software is Rhinoceros with Grasshopper plug-in. The wall and the hat were later exibited on Mixer festival in Belgrade. Final projects exibition | Mixer festival

The idea for the object is to be representative, to present a city highlight, to be perceptible. In addition, its position reminds on a â&#x20AC;&#x153;city facadeâ&#x20AC;?, which is happening in the backstage. The object actually contains the city itself, it is where the city begins. The object is the city. The functions that the objects contains are: comercial zone, with bar/restaurant , service area and two-floor underground garage; administrative area, with different size officies and service area; at the top floor there is a panoramic bar/restaurant with all the necessary services. Mixed use center | Final model

This project was developed as a part of Construction Studio, at the Faculty of Architecture. The final result was mainly devoted to the detailed plans, sections, facades, materialization, and moreover the static calculations. As for the concept, the idea was to create a museum with a circular communication system. The model shows two main parts: simply presented as the black and the white part (which in reality would mean different outside materials). These parts are represent different types of users: the white one is higher, and exclusively serves as a place for exponates. Its inner facade can also be transformed, that is completely opened into inner yard, which expands the exibition space to outside. The black part contains services: toilets, offices, bar and restaurant, and all the necessary storage rooms. Art museum | Final model

THE ROAD SURROUNDING THE FORTRESS

KALEMEGDAN FORTRESS view to be preserved

This project is ment to reorganize the old concrete hall in the Belgradeâ&#x20AC;&#x2122;s old center. The idea is to produce a space of various possibilities: business, artistic gatherings, workshops, museums, galleries.. The new skin of the hall can be transformed on a daily or a year basis. Once acepts the people, the hall is chaning without stop.

two blocks with turns in direction

one block surrounding another

THE OPENING TYPOLOGIES the variations of the openness of the facade

Amateur photography or how I see the world spring2010/spring 2012 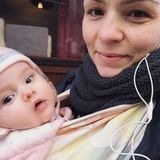 I updated the last version of my portfolio with some new projects and new design.

I updated the last version of my portfolio with some new projects and new design.