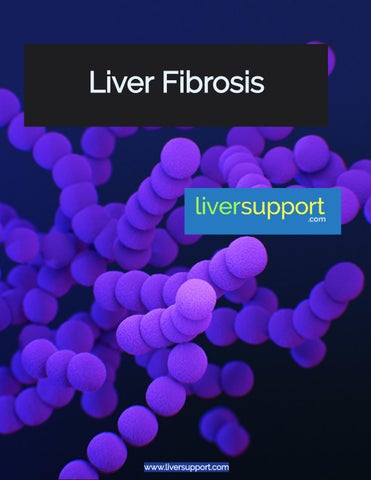 What is Liver Fibrosis? Fibrosis of the liver is excessive accumulation of scar tissue that results from ongoing inﬂammation and liver cell death that occurs in most types of chronic liver diseases. Nodules, abnormal spherical areas of cells, form as dying liver cells are replaced by regenerating cells. This regeneration of cells causes the liver to become hard. Fibrosis refers to the accumulation of tough, ﬁbrous scar tissue in the liver.

Causes Fibrosis occurs when excessive scar tissue builds up faster than it can be broken down and removed from the liver. Chronic infection with hepatitis C or  hepatitis B virus (HCV or HBV), heavy alcohol consumption, toxins, trauma or other factors can all lead to liver ﬁbrosis.  Only in rare instances is liver ﬁbrosis the primary problem; more often, it is secondary to some other liver disease such as cirrhosis. Normally, the body’s response to injury is the formation of scar tissue. In the case of ﬁbrosis, the healing process goes haywire.  When hepatocytes (functional liver cells) are injured due to a virus, alcohol, toxins, trauma or other factors, the immune system goes to work to repair the damage.  During the ﬁbrosis process, the injured hepatocytes cause substances to be released into the liver causing the buildup of the scar tissue.

Who is at Risk? Risk factors are as follows:

Fatty liver (steatosis) I nsulin resistance (the condition in which the cells of the body become resistant to the eﬀects of insulin, that is, the normal response to a given amount of insulin is reduced. As a result, higher levels of insulin are needed in order for insulin to have its eﬀects)

Symptoms In the early stages, few people experience symptoms because the liver functions relatively well. Fibrosis is the initial stage of the formation of scar tissue in the liver. An individual may have no symptoms and live a normal, sometimes very active life, for decades, and remain unaware that he or she has liver disease. As scar tissue builds up, due to inﬂammation and the continuance of liver injury, it connects with existing scar tissue, which can eventually disrupt the metabolic functions of the liver. If the disease progresses, it can lead to cirrhosis, a condition in which the liver is severely scarred, its blood ﬂow is restricted, and its ability to function is impaired.

Liver Detox Supplements If poked, a healthy liver is very soft. A liver that has developed ﬁbrosis is ﬁrmer, and if the condition progresses to cirrhosis, the liver can be almost rock-hard.

How is it Diagnosed? Early ﬁbrosis can be diﬃcult to diagnosis because it is often asymptomatic. If a blood test indicates ﬁbrosis of the liver, typically, a liver biopsy will be performed. A liver biopsy requires a needle to remove a small sample of liver tissue so that doctors can assess the extent of liver damage and stage the degree of ﬁbrosis. Several scales are used to stage ﬁbrosis. One common classiﬁcation is a scale from 0 to 4 where

Milk Thistle Bene ts Considered the “gold standard” for determining the extent of liver disease, several points of interest regarding liver biopsy should be considered. Liver biopsy is not always accurate and has several shortcomings. The procedure is invasive and not without potential complications such as bleeding and infection.  At least 20 percent of patients have pain that requires medications after liver biopsy. Rare complications include puncture of another organ, infection, and bleeding. Signiﬁcant bleeding after liver biopsy occurs in one out of 100 to one out of 1,000 cases, and deaths are reported in one out of 5,000 to one out of 10,000 cases. Researchers have been seeking less invasive ways to diagnose liver disease, developing and testing clinical tools such as a highly sensitive imaging procedure called Magnetic Resonance Elastography (MRE) in which a special kind of mechanical energy called “shear waves” to probe the mechanical properties of tissue is used. MRE can measure elasticity – detecting abnormal hardening of liver tissue – sparing some patients the need for a biopsy and allowing physicians to begin intervention aimed at treating their disease before it progresses to cause irreversible damage.

Treatment The process leading to cirrhosis can often be slowed and sometimes even halted. The liver has an amazing ability to regenerate itself once the underlying cause of the ﬁbrosis is controlled or cured.

Liver Cleanse bstain from drinking alcohol (drinking alcohol may cause further liver damage) A  Treat any infections promptly (avoid people who are ill, use good hygiene by frequent hand washing, get vaccinated for hepatitis A and B, inﬂuenza and pneumonia)  Eat a low sodium/low fat diet (excess salt can cause the body to increase ﬂuid retention in the abdomen and legs)  If diagnosed with hepatitis, take medications to treat it which can slow disease progression and possibly reverse ﬁbrosis  Avoid inhaling toxic substances by wearing a protective mask  Avoid the use of recreational drugs  Get regular exercise and rest

Since we are not medical advisors, any medical questions you have about your personal condition and treatment options should be directed to your health care provider. Please contact our Customer Care Team with any other questions or suggestions. We are here to serve you! Contact Information Address : 2331 State Route 17K, Montgomery, NY 12549 Phone: 1-800-364-5722 or (845) 361-3900 Monday through Friday, 9am to 5pm EST Mail : info@liversupport.com 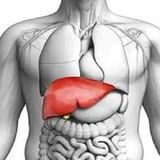 Liver Fibrosis Helps Predict Liver-related Morbidity and Mortality at https://www.liversupport.com/liver-fibrosis Nowadays, many of us suff...

Liver Fibrosis Helps Predict Liver-related Morbidity and Mortality at https://www.liversupport.com/liver-fibrosis Nowadays, many of us suff...