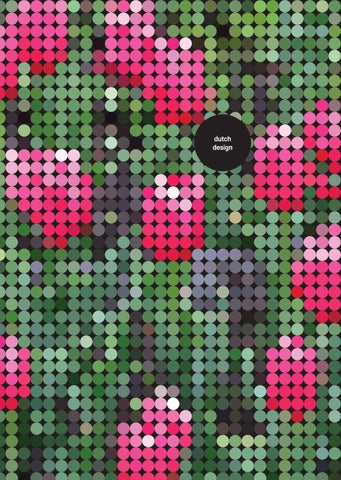 Dutch Design: A term used to connote the specific design [a]esthetic common to designers in the Netherlands. Characterized as minimalist, innovative, experimental, quirky and humorous.

Cultural Differences America has a culture of graphic design that has largely been built upon and sustained by the presence of large advertising agencies, while it is more common in the Netherlands for studios to be small, with sometimes only a couple of employees. These design studios have often been created through the use of cultural financial grants through foundations established for the visual arts and the Ministry of Culture. By mere observance, it appears that designers are happily working, and there is enough work for everyone involved. No one seems stressed. There is emphasis in having time for family, self, travel and enjoyment of life. Subsidies Aside from pure cultural support of the arts, a strong contributing factor to the success of Dutch designers and studios is government subsidies for new designers. Financial support from the Fonds BKVB (Fund for Visual Arts, Design and Architecture), launched in 1988, has enabled design students to set themselves up as independent entrepreneurs right after graduation. This seems like a good gig.

Images viewed and photographed at The Museum Meermanno, The Hague, Netherlands.

museum meermanno 1960 – The museum is the former residence of the Baron Van Westreenen van Tiellandt, and is

devoted to the hand-written and printed book of the past and present. I’ll be honest. I didn’t know there were whole museums devoted to books. Upon entering the Museum Meermanno in The Hague, I thought it seemed like a semi-stodgey library museum kind of place. And it is, sort of. But then we spent some time in The BookRoom, and were shown a seemingly endless evolution of hand scripted and printed books from all periods of Western book history, starting with medieval manuscripts that are entirely written and illuminated by hand. We saw original illustrated bibles and atlases hundreds of years old. I held a tiny sheepskin covered book from the 14th century. In another section of the museum we saw work from modern icons of design including Piet Zwart, and historic examples of typography, meermanno.nl

joost grootens 1971– Even the designer Joost Grootens who

does more ‘traditional’ book design, has

reimagined the printed dictionary, in a time when it wouldn’t seem to have value. Yet it does. He has also given the ‘atlas’ a newer

meaning when used to relate large amounts of data in meaningful ways inside of large beautifully designed tomes. He studied architectural design at Gerrit Rietveld Academy in Amsterdam, The Netherlands. As a graphic designer he is self-taught. His studio designs maps and books in the fields of architecture and urban space, specializing on atlases. Grootens is head of the Master Information Design at Design Academy Eindhoven. And as we learned on our visit, he is currently persuing his PhD researching technological aspects of mapping.

world of design as the curator of Special Collections Library at the University of Amsterdam. He is also a professor of graphic design history at the University, and has written and published several books on typography and book design. Our MFA group was thrilled to see a tiny

portion of graphic design books, posters, artifacts, type designs and catalogues of type from their vast collection. They also hold the archives to several important graphic designers, including Irma Boom.

overlap and how this interdisciplinary

seems boundless, as I experienced when

approach can be used anywhere from

visiting LUST and LUSTLab. Some of

important to the goals of their studio. LUST is a multidisciplinary graphic design practice established in 1996 by Jeroen Barendse, Thomas Castro and later Dimitri Nieuwenhuizen, based in The Hague, Netherlands. They work in a broad spectrum of media including traditional printwork and book design, abstract cartography and data-visualisations, new media and interactive installations, and architectural graphics. Moreover, LUST is deeply interested in exploring new pathways for design at the cutting edge where new media and information technologies, architecture and urban systems and graphic design overlap. Thye new forms of communication: the ways in

reduction in funding for the arts in the Netherlands in recent

them to do these things. They just find it

they can focus on their craft. Even though there has been a

movement from the viewer. No one paid

and designers might receive lifelong grants and housing so

on all the gallery walls that responds to

word, and a room of light-projected type

The Dutch have a long history in the tradition of the arts.

on current news in relation to the typed

Since the early days of the Monarchy, their government has

their works included a responsive and

money has allowed an advancement of Dutch graphic design.

funding has been eliminated. Seemingly this constant flow of

the arts. Some reports claim drops of 10-22% in arts funding,

for creating self-initiated or non-

years, the overall mindset of that society is highly supportive of

Dutch designers have a passion

which seems laughable by American standards whose arts

underware 1996– Bas Jacobs and his partner at Underware spent 5 years creating the typeface Liza, that wasn’t even commissioned. Five years. They didn’t have a client.

Zealotry wouldn’t be an inappropriate collective noun for Underware. They not only design typefaces, they live type—they educate about type, they publish about type, they talk about type, they want (and organise) others to talk about type. There is an inherent honesty to their enthusiasm that betrays no snobbery— they simply think that type is very interesting and that everyone, given the chance, might think so too. Their work is among the most popular of independent type foundries — happy-go-lucky, high-quality, text-friendly typefaces for both display use and comprehensive typesetting. Underware’s typefaces stand out thanks to unique aesthetics, finished quality, and a considered collective presence. Underware is a refreshing and intelligent collective who, while taking what they do seriously, manage to not take themselves too seriously. The company was founded in 1999 by Akiem Helmling, Bas Jacobs and Sami Kortemäki, and is based in Den Haag, Helsinki and Amsterdam.

jacobs Images viewed and photographed at Underware studio, The Hague and underware.nl

dutch design interpreted All graphic design in the Netherlands seems to be generated in a era where the definition of design is open to interpretation in a way like never before. New medias are being explored, boundaries pushed and nothing taken for granted. Typography that was once regaled as â&#x20AC;&#x153;international styleâ&#x20AC;? and somewhat generic, is now approached with a studied freedom and diversity of styles.

Maybe most importantly what I saw in Dutch design was the stylistic sense of knowing what is enough. There was no over-design, but rather a commonality of simplicity and an avoidance of gimmicks. Original thoughts and concept-based ideas prevailed. The typographic approach is the underlying current by these designers. I met more than a few who had PhDs in TYPOGRAPHY. Imagine. Itâ&#x20AC;&#x2122;s a topic that is barely touched in America. In the Netherlands, this is a common field of advanced study. Designers in the Netherlands are thinking. They are doing. They are committed. 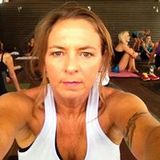