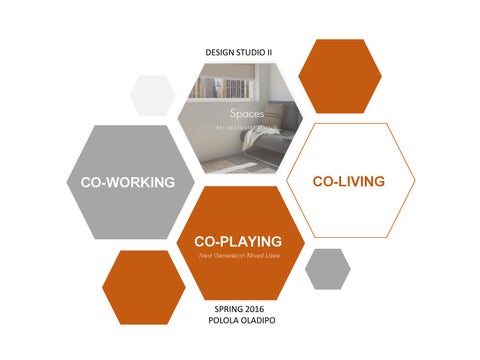 What is co-working, co-living, co-playing?

Next generation mixed use

CO-WORKING involves a shared working environment, often an office, and independent activity. Unlike a typical office environment, those coworking are usually not employed by the same organization. Typically it is attractive to work-at-home professionals, independent contractors, or people who travel frequently who end up working in relative isolation. (“Mixed Use Housing”).

CO-LIVING is a modern form of housing where residents share living space and a set of interests, values, and/or intentions. It’s a new take on an old idea, imagined by a millennial generation that values things like openness and collaboration, social networking, and the sharing economy. (Provan, “So What Exactly Is Coliving”).

CO-PLAYING is an opportunity for individuals that co-work and co-live to share play spaces which usually includes a network of amenities such as juice bars, pools, gyms, spa areas, roof decks, flex space and lounges.

HISTORY OF CO-(WORKING|LIVING|PLAYING) THE ROMAN INSULA: EXTENSION OF THE CITY

The Roman Insula was an apartment building that housed most of the urban citizen population of Ancient Rome. The ground level floor of the insula was used for shops and businesses, with the living quarters on the upper floors. Living quarters were typically small in the buildings uppermost floors with the largest and most expensive apartments being located on the bottom floors.

ONEIDA COMMUNITY â&#x20AC;&#x201C; PERFECTIONIST COMMUNE Oneida community is an utopian religious community established by John Humphrey Noyes and some of his disciples in Putney, Vt., U.S., in 1841. As new recruits arrived, the society turned into a socialized community.

The commune lasted from 1848 to 1881 reaching a maximum population of about 300. All community members were expected to work. Its large scale epitomizes the needs of a society that lived as one family with more than 300 members.

COMMUNITY HYMN We have built us a dome. On our beautiful plantation. And we all have one home. And one family relation.

UNITED STATES – 1900’s An online source viewed “Mixed-use housing” as a concept that rose out of necessity, long before the train or car, when town residents needed to be able to walk to work, to the store, to church, to school and anywhere else they wanted to go. Everything needed to be within walking distance. (Hondered, “Why Mixed Use Matters”).

This began to be seen as a disadvantage with the rise of industrialization and crowding of workers into cities. Sooty smokestacks, clattering machinery, and chaotic streets drove many residents to long for peace and quiet; mud, garbage and open sewers added to the malaise and sense of poor health. When street cars and public transit became available, residents who could fled to the greener outskirts of town, away from the smoke, noise and smell.

As an Ollie resident, you will have an all-access pass to the amenity spaces of an expanding network of buildings nationwide.

LIVE | WORK | PLAY At Ollie, the comforts of home are brought to life with the energy of a collaborative community.

Fully furnished studios and shared suites Living made easy. Hotel-style conveniences and comfort, like Wi-Fi, cable, and even housekeeping. Living here means coming home to a freshly made bed, crisp linens, a fully stocked fridge and a regularly replenished pantry. No more worrying about whether the dry cleaner will be open before your morning commute or if the drug store will be open late enough for you to pick up prescriptions.

The Collective is aimed at solving the problem of a lack of quality accommodation available to young people in London. A lot has been studied about how young people live, and the role that the places around them can play in their lives. The concept is to create better places for people to live, work and play by designing and building homes as well as workspaces designed to be the perfect platforms for life in the city.

“The idea is that we provide a compact but well-designed living space where you can have all of your basics. … It’s really your crash pad,” Reza Merchant, CEO of The Collective

The Co-living lifestyle is a new way for young people to live in cities, designed to provide convenience, quality and a genuine sense of community. Taking inspiration from the old fashioned idea of community, this is a brand new kind of place to call home. Co-Living has been designed for young people who might be starting a new business, building a career or pursuing a creative passion. The aim is to help them focus on the things that really matter to them, and introduce them to a community of people on a similar journey.

If you are curious about joining a network of people who live, work and play together under one roof - then Co-Living is right for you.

increases personal safety and decreases crime. increases sense of community. People who live, play and (maybe) work in a locale have more interaction—intentional or incidental—with neighbors and more dedication to their community. creates recognizable urban places that other people want to visit. This in turn adds to the economic viability of local businesses. improves public health by encouraging residents to walk. Air and water quality are also improved when compared with conventional development due to lower VMT (http://onlinepubs.trb.org/Onlinepubs/sr/sr298.pdf) makes accessible development available to more citizens. Elderly and people with limited mobility can live more autonomously without a car when goods and services are within walking distance. reduces public infrastructure cost compared to conventional development patterns.

CHALLENGES “Hondered” in an online article explains that although mixed-use housing has many advantages, it also implies greater density, and that can be controversial for residents of existing neighborhoods. Hondered stated that It would require more upfront planning and involvement by design professionals because of more complex building design. Often, old- school zoning regulations present major hurdles and multiple marketing approaches may be needed because of its multiple uses.

WHAT’S THE MIX? How much office, retail, public, and residential space is appropriate? What’s the proper balance? This question of mix is one with no universal answer, but urbanists point to some helpful guidelines: - housing is the core element for all mixed-use development if the goal is to reduce car trips (VMT) and create a safe, 24 hour environment - local retail is beneficial; on the other hand, large national retail attracts lots of shoppers arriving by car and can increase congestion and reduce walkability - the market is the best arbiter. People will pay for what they need, and developers can only build if they have paying customers. To the extent that the market is variable, mixed-use plans should include flexibility of uses to respond to the market over time.

Modern mixed-use development is described more comprehensively by Michael Niemira as a real estate project with planned integration of retail, office, residential, hotel, recreation or other functions. - It is pedestrian-oriented and contains elements of a live-work-play environment. - It maximizes space usage, has amenities and architectural expression and tends to mitigate traffic and sprawl. - In the end, mixed-use development is about embracing the complexity of urban ecology. - It is about building communities where people want to live, and can live with a lessened environmental footprint for years to come. (“Hondered”).

Co-living, co-working and co-playing dates far back in history. Currently, it has developed on larger scales and with more functions. High tendencies for mixed-use housing to expand even further by 2050 and beyond. With the constant improvements on technology, most interactions we have with each other will soon become absolutely virtual, where we work from where we live and consequently, look forward to play spaces not too far from us. In my opinion, I think this will tackle certain issues like security, community support, intellectual growth and so on, which would ultimately help improve the economy of major cities. It bridges the gap of isolation and would help to foster communal living once again. It can be multi-generational

On the other hand, • Issues of overcrowding and congestion. • Increased stress levels and health issues. • Possible regimented living. 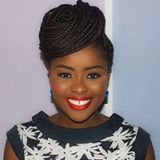 A collection of my research work on the current state of Co-working/Co-playing/Co-living as the next generation mixed use, the existing conj...

A collection of my research work on the current state of Co-working/Co-playing/Co-living as the next generation mixed use, the existing conj...