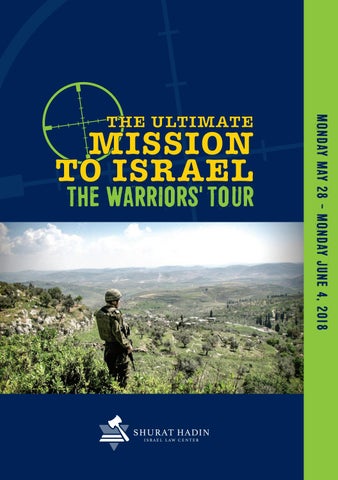 Moshe “Bogie” Yaalon served in the Knesset between 2009 and 2016 and has provided a lifetime of public service to the State of Israel. Originally from northern Israel, Yaalon moved to Kibbutz Grofit as a teenager before enlisting in the IDF as a paratrooper in 1968. He went on to serve in numerous key positions, such as commanding Israel’s most distinguished special forces unit Sayeret Matkal. He continued to climb in rank, and from 2002 until 2005, he served as Israel’s Chief of General Staff (Head of the IDF) during the harrowing days of the war against Palestinian terror, also known as the “Second Intifada.” In 2008, Yaalon announced his entrance into Israeli politics as a member of the Likud party and in 2009 he was appointed as Minister for Strategic Affairs and Vice Prime Minister. In 2013 he was appointed Defense Minister, a position from which he resigned this past May. Yaalon and his wife are members of Kibbutz Grofit but spend most of their time living in Modiin. Yaalon has three children and eight grandchildren.

TUES, MAY 29 | THE GAZA FRONT Breakfast at the hotel

Travel to the Gaza Strip • Tour of the Erez Crossing Terminal at the Gaza border • Briefing by the Commander of the border crossing “The Security Threat After the Israeli Withdrawal.” Lunch in Sderot

• Briefing by General (Res.) Yom-Tov Samia at the Black Arrow Memorial Site “A Decade of Hamas in the Political Arena” Travel to the IDF Headquarters in Tel Aviv (HaKirya) • Briefing by Col (Res.) David Hacham, Ministry of Defense, Senior Advisor on regional affairs “Review of the situation before and after the Disengagement” Dinner at Meatos, the finest restaurant in Tel Aviv Overnight: Dan Tel Aviv Hotel

Dr. Samia assisted with the Security Negotiation Agreement in Cairo (May 1994) with The Palestinian Authority and established and headed the JSC (Joint Security Committee) in 1994. He served as a reserve for nine years as the Deputy Southern Commander during the previous three operations, “Cast Lead”, “Pillar of Defense” and “Operation Protective Edge”. Since his release from active duty in 2001, Dr. Samia has been involved in the fields of business, infrastructure, renewable energy, and real estate in Israel, the United States, and Germany.

Dr. Samia served in the Israeli Defense Forces for 29 years (1972-2001) in all command positions from Platoon leader where he ended his service as a Two-Star Major General and Commander of the Southern Command (1997-2000). Among other positions, he served as a Paratrooper Platoon and Company Commander in the Golan Heights, a Battalions and Brigades Commander in Lebanon including the Givati Brigade, and Commander of three different divisions (The Gaza Aria Division, Armor Division and the Lebanon Border Division).

WED, MAY 30 | CYBER & COUNTER-TERRORISM Breakfast at the hotel

Adi Dar, CEO and founder of Cyberbit, is an experienced cybersecurity leader and chief executive. Prior to founding Cyberbit, Dar was CEO of ELOP (Israelâ&#x20AC;&#x2122;s largest Electro Optics company). During this period, Dar also served as an Executive VP at Elbit Systems, Israelâ&#x20AC;&#x2122;s largest defense company as well as a chairman and board member in numerous companies in the USA, UK, Singapore, Belgium, India and Israel. Dar founded the Intelligence and Cyber division at Elbit and managed it for 2 years. A veteran of a Military Intelligence unit, Dar holds a B.Sc. in industrial engineering from the Technion and an MBA from the Tel Aviv University.

THURS, MAY 31 | THE NORTHERN FRONT Breakfast at the hotel Depart from the hotel • Lecture by Nitsana Darshan-Leitner, Founder of Shurat HaDin “Harpoon: Inside the Covert War against Terrorism’s Money Masters” • The Mission will be accompanied by Brigadier General Gal Hirsch, Chairman of Defensive-Shield Holdings and Active Reserve Deputy Commander of the IDF’s Depth Command “Hezbollah, Second Lebanon War: Life under constant threat” Travel to Misgav Am, a front-line kibbutz on the Lebanese border “Living on the Lebanese Border, Life on the Edge” Drive to Ramot Naftali in the Upper Gallilee “The story of Anna Frank and Eitan Balachsan” Travel to Dalton, lunch at Adir Winery Travel to Har Adir, observation and security briefing Drive to Tiberius, moonlight boat cruise Dinner at Decks on the Sea of Galilee Overnight: U-Boutique Hotel, Tiberias

He has served in various commanding positions in anti-terror, com­mando and paratrooper units and is experienced in the fields of counter-terrorism, counter-insurgency and guerilla warfare. Hirsch commanded the 91st division, responsible for Israel’s northern border. He commanded the IDF’s Officers Academy and served as Chief of Operations at the IDF’s Central Command, and led all of the IDF’s counter-terror activities between 1997 and 2003. He served as Commander of the Elite Air Force Unit “Shaldag” (Kingfisher). During 1982-1994 he served as NCO and a Fighting Trooper within the Paratroopers Reconnaissance Unit, in which he also had various commanding roles, including platoon leader, company commander and paratrooper battalion commander.

Brigadier General (Res.) Gal Hirsch is the author of the best-seller Defensive Shield, Chairman of the Israeli Leadership Insitute and the CEO of Agility-Concept. He graduated from Bar-Ilan University, receiving a BA in Mid-Eastern studies and holds an MBA from Tel Aviv University.

Eli Cohen was an Israeli intelligence agent who succeeded in penetrating the highest levels of Syriaâ&#x20AC;&#x2122;s political and military elite, before being arrested and convicted of espionage. Between 1961 and 1965, Cohen passed Syrian secrets to the Israeli government in one of the most daring and productive intelligence-gathering operations in Israeli history. Cohen grew up in Alexandria, Egypt. His fluency in Arabic, English, and French made him an attractive recruit for Israeli intelligence. He underwent extensive training and was given a new cover identity before being relocated in early 1961 to Buenos Aires. His cover identity was that of Kamel Amin Thaâ&#x20AC;&#x2122;abet, a Syrian businessman who had been abroad for years, and was longing to return to Damascus. Once in Damascus in January 1962, he used the contacts he had made in Argentina to quickly ingratiate himself with the Syrian elite. After a military coup in March 1963, many of his friends became top government officials, including Amin al-Hafiz, the president. Cohen received classified military briefings and was taken on tours of the Syrian fortifications in the Golan Heights. In January 1965 Syrian counter-intelligence identified his radio signal and apprehended him in the act of sending a transmission. Cohen was interrogated, convicted in a military trial, and publicly hanged that May.

SAT, JUNE 2 | JERUSALEM Breakfast at the hotel Morning prayers at the hotel or at a nearby synagogue Special walking tour in the heart of Jerusalem. Visit sites holy to the worldâ&#x20AC;&#x2122;s three major religions and experience firsthand the cityâ&#x20AC;&#x2122;s uniquely magical and historical atmosphere Lunch at the hotel Evening: Free Overnight: David Citadel Hotel, Jerusalem

Shabtai Shavit was the Director of the Mossad, Israel's Intelligence Services, from 1989 to 1996. Mr. Shavit held a variety of positions within the Mossad for over 32 years, until becoming head of the agency in 1989. He served in "Sayeret Matkal", Israel's elite force, and received an advanced degree from Harvard University. After retiring from the security services, Shavit became the CEO of Maccabi Health Services Group for five years. Since 2001, Shavit has been the Chairman of the Board of Directors of the International Institute for Counter Terrorism (ICT), Interdisciplinary Center in Herzliya, Advisor to the Israeli National Security Council, Advisor to the Sub-Committee on Intelligence of the Knesset, Committee on Foreign Affairs and National Security, and Member of the N.Y.F.D. Task Force for Future Preparedness against Terrorism. He is also Chairman of Athena Human & Technology Integrated Solutions Ltd.

MON, JUNE 4 | REMEMBERING THE PAST Breakfast at the hotel Travel to Yad Vashem Yad Vashem guided tour Return to the hotel and check out

Please note that the program is subject to change at Shurat HaDinâ&#x20AC;&#x2122;s sole discretion. It also may be altered to adapt to the needs of the IDF and other authorities, specifically in the event of a national security matter.

is a bachelor of Law, Government, Diplomacy and Strategy and a Ph.D student at Bar-Ilan University. He teaches Computer Game Development Law at Beit Berl College and consults various non-profits in regards to information-centric legislation, privacy, copyright, information security, free speech, licensing and other matters.

is currently the Advisor to the Minister of Defense for Arab Affairs. He holds both a B.A. in the History of the Middle East and Political Science and a Master of History of the Middle East from Tel-Aviv University, as well as a Master in National Defense from the University of Haifa. From 1972 to 1999 Col Hacham served in a variety of intelligence, research and staff positions in the Ministry of Defense, the planning branch in the Political-Strategic Department, the Prime Ministerâ&#x20AC;&#x2122;s Office and the Intelligence Corps. Col. Hacham is a published author of numerous books and articles on the Arab and Palestinian conflict and contemporary issues of history and politics in the Middle East.

ABOUT SHURAT HADIN Shurat HaDin â&#x20AC;&#x201D; Israel Law Center is a long overdue Jewish legal rights institute based in Israel. Staffed by some of the countryâ&#x20AC;&#x2122;s leading activist attorneys, Shurat HaDin is dedicated to providing legal representation and resources for the numerous courtroom struggles which are being waged in the Israeli, American and European courts on behalf of the Jewish State. Shurat HaDin is a non-political and independent body which is not affiliated with any branch or agency of the Israeli government nor with any political party. It was founded in order to carry out efficiently the vital task of helping the terror victims to fight back. Following the model of the Southern Poverty Law Center, a civil right organization dedicated to bankrupting the KKK and other neo-Nazis groups in the US, Shurat HaDin is committed to economically destroy the hate groups in the Middle East. Shurat HaDin utilizes lawsuits and legal actions on behalf of terror victims to fight the terror organizations, their leaders and the rogue regimes that finance them. In its struggle to bankrupt the terrorists and obstruct their activities, Shurat HaDin has participated in lawsuits that have frozen over $600 million in terror assets and collected over $200 million for the terror victims and their families.

Nitsana Darshan-Leitner is an Israeli activist attorney and the Director of Shurat HaDin â&#x20AC;&#x201D; Israel Law Center. Attorney Darshan-Leitner leads the struggle to fight terrorist organizations and their financial patrons in courtrooms around the world. She is currently representing hundreds of terror victims in lawsuits and legal actions against the Hamas, the Palestinian Authority, the PLO, Hezbollah, Iran, Syria, Egypt, North Korea, UBS, The Arab Bank, LCB and the Bank of China. The cases, being litigated in the Israeli, American, Canadian and European courts, allow the victims of terrorism a chance to fight back. Darshan-Leitner is a graduate of the Bar-Ilan University Law Faculty and holds an MBA from Manchester University. She regularly appears in the media, including on Israeli talk show programs, Voice of Israel Radio, CNN, the BBC, European television, the Jerusalem Report and in many American, Canadian and European publications. She is a mother of six.

BE A PARTNER – JOIN OUR FIGHT! UNITED STATES To make a tax-deductible donation in the United States, please make your check payable to The Central Fund of Israel and earmark it to Shurat HaDin.

CANADA Please make a check payable to “Canada Charity Partners” and mark in the memo section that this check is for “580402469”.

UNITED KINGDOM To make a tax-deductible donation in the UK, please make a check payable to “UK Toremet Ltd.” and earmark it to Shurat HaDin.

OTHER For all other donations, please make your check payable to Shurat HaDin and send it to: Shurat HaDin, 10 HaTa'as Street, Ramat Gan 5251249 Israel Or visit our website to donate (via credit card or PayPal). 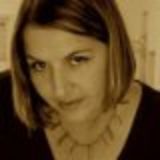