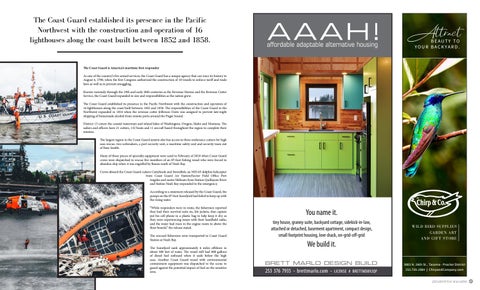 The Coast Guard established its presence in the Pacific Northwest with the construction and operation of 16 lighthouses along the coast built between 1852 and 1858.

Attract BEAUTY TO YOUR BACKYARD.

The Coast Guard is America’s maritime first responder As one of the country’s five armed services, the Coast Guard has a unique agency that can trace its history to August 4, 1790, when the first Congress authorized the construction of 10 vessels to enforce tariff and trade laws as well as to prevent smuggling. Known variously through the 19th and early 20th centuries as the Revenue Marine and the Revenue Cutter Service, the Coast Guard expanded in size and responsibilities as the nation grew. The Coast Guard established its presence in the Pacific Northwest with the construction and operation of 16 lighthouses along the coast built between 1852 and 1858. The responsibilities of the Coast Guard in the Northwest expanded in 1854 when the revenue cutter Jefferson Davis was assigned to prevent late-night shipping of homemade alcohol from remote ports around the Puget Sound. District 13 covers the coastal waterways and inland lakes of Washington, Oregon, Idaho and Montana. The sailors and officers have 21 cutters, 132 boats and 11 aircraft based throughout the region to complete their mission. The largest region in the Coast Guard system also has access to three endurance cutters for high seas rescue, two icebreakers, a port security unit, a maritime safety unit and security team out of Base Seattle. Many of those pieces of specialty equipment were used in February of 2018 when Coast Guard crews were dispatched to rescue five members of an 87-foot fishing vessel who were forced to abandon ship when it was engulfed by flames south of Neah Bay. Crews aboard the Coast Guard cutters Cuttyhunk and Swordfish, an MH-65 dolphin helicopter from Coast Guard Air Station/Sector Field Office Port Angeles and motor lifeboats from Station Quillayute River and Station Neah Bay responded to the emergency. According to a statement released by the Coast Guard, the pumps on the 87-foot Sunnfjord had failed to keep up with the rising water. “While responders were in route, the fishermen reported they had their survival suits on, life jackets, that captain put his cell phone in a plastic bag to help keep it dry as they were experiencing issues with their handheld radio, and the water had risen in the engine room to above the floor boards,” the release stated. The rescued fishermen were transported to Coast Guard Station at Neah Bay. The Sunnfjord sank approximately 6 miles offshore in about 300 feet of water. The vessel still had 800 gallons of diesel fuel onboard when it sank below the high seas. Another Coast Guard vessel with environmental containment equipment was dispatched to the scene to guard against the potential impact of fuel on the sensitive area. 46 253 LIFESTYLE MAGAZINE 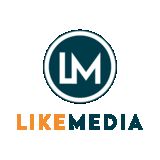