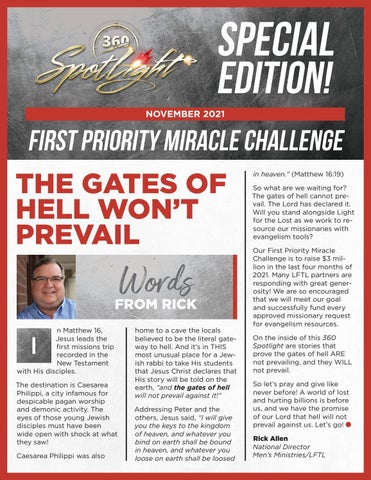 So what are we waiting for? The gates of hell cannot prevail. The Lord has declared it. Will you stand alongside Light for the Lost as we work to resource our missionaries with evangelism tools?

FROM RICK n Matthew 16, Jesus leads the first missions trip recorded in the New Testament with His disciples.

The destination is Caesarea Philippi, a city infamous for despicable pagan worship and demonic activity. The eyes of those young Jewish disciples must have been wide open with shock at what they saw! Caesarea Philippi was also

home to a cave the locals believed to be the literal gateway to hell. And it’s in THIS most unusual place for a Jewish rabbi to take His students that Jesus Christ declares that His story will be told on the earth, “and the gates of hell will not prevail against it!” Addressing Peter and the others, Jesus said, “I will give you the keys to the kingdom of heaven, and whatever you bind on earth shall be bound in heaven, and whatever you loose on earth shall be loosed

Our First Priority Miracle Challenge is to raise $3 million in the last four months of 2021. Many LFTL partners are responding with great generosity! We are so encouraged that we will meet our goal and successfully fund every approved missionary request for evangelism resources.

On the inside of this 360 Spotlight are stories that prove the gates of hell ARE not prevailing, and they WILL not prevail. So let’s pray and give like never before! A world of lost and hurting billions is before us, and we have the promise of our Lord that hell will not prevail against us. Let’s go! Rick Allen National Director Men’s Ministries/LFTL

STAGGERING “UPPER ROOM” NUMBERS! t’s growing so fast we can’t keep track of the numbers! The Upper Room movement is a secret underground church network in 20 Arabic-speaking, Muslim dominated, countries where literally tens of thousands of Muslims are coming to Christ.

Upper Room members are extremely evangelistic. Members are required to confess Jesus as Lord, be baptized, and then tell others about Jesus. Every Upper Room cell group numbers about 4-5 people. They meet in secret to study the Bible, talk about what they learn, and then discuss which people they will target next to share about Christ.

In secret, Arab believers meet in a desert area for Bible study. Many of these new believers are former members of terrorist groups. Others were Islamic court judges, Imams, or sheiks (community leaders). All of them have met Christ, and LFTL is part of it! In the words of one Assemblies of God missionary attached to the Upper Room movement, “There are so many new groups springing up everywhere that we just can’t keep track. We’ve stopped counting. But we know the real number is way more than 40,000 groups.”

LFTL provides thousands of Bibles which are secretly distributed. LFTL provides print and electronic resources for Upper Rooms in 20 countries through our missionaries. This includes Global University evangelism courses and Arabic Bibles (pictured here), which are distributed through a secret network. In addition, we assist with a website that offers free evangelism materials for Arabic-speakers to download. That site has recorded over 5 million downloads thus far!

The Upper Room movement is part of our First Priority Miracle Challenge goal. We want to see more of this in the Arabic Muslim world! Thank you for partnering with us to fuel this incredible evangelism movement.

THAI FAMILY REACHED, TRANSFORMED THROUGH LFTL n Khon Kaen, Northeast Thailand, a young man named Jack came home with a printed LFTL piece explaining the gospel of Jesus. His mother, a devout Buddhist (and famous folk singer) said he should throw it away.

Jack replied, “It’s from a book someone called ‘the Bible.’ Someone gave it to me and spoke about the god who created the entire world.”

Jack and many other young people came to Christ in the Khon Kaen church. Jack’s mother threw out all the household idols and set up a studio in the home so she could record Christian songs and distribute them to others.

Right to left: Jack, his sisters Jit and Waew, and their mother, Buatan, after coming to faith in Christ. “Throw it away,” Jack’s mother demanded. “We don’t need that religion.” Jack obeyed, but later he retrieved the paper and studied it. This happened numerous times over several weeks. Next, Jack was invited to a church meeting by the same men who gave him the leaflet. When Jack went to the meeting, he heard the gospel message and felt the Holy Spirit touch and convict him. At that meeting Jack was born again! Eventually, Jack led his mother and two sisters to the Lord and the family became part of Khon Kaen Assembly of God.

101 TUAREG CROSSES, BUT NONE REPRESENT JESUS he Tuareg people of the Sahel desert in Northern Africa used to be Christian. But now they are Muslim.

The Tuareg are often called the “Blue Men of the Sahel” because of their distinct blue robes. For hundreds of years, tradition says, the Tuaregs were part of a great African church planted from the testimony of the Ethiopian eunuch in Acts 8:26-40. But the Tuareg churches were not grounded in the Word. There was little emphasis on discipleship, doctrine, and training leaders. The Tuaregs easily converted to Islam after the 9th century. Today, the Tuareg have a variety of 101 crosses which used to mark clan identity and denote their Christian faith. Now those crosses are good luck “talismans” or used in animistic ritual. The Tuaregs (and 859 other groups in Africa like them) need to be reached! If Christ said, the gates of hell “will not prevail” against His kingdom, then we can’t fail. But we MUST go! Evangelism must remain our First Priority.

LFTL is part of the strategy to reach 860 unreached people groups, including the Tuareg, in Africa. At this moment, American and African missionaries are preparing to evangelize 860 unreached African peoples. LFTL is part of that strategy! Will you help LFTL resource the mission to evangelize the unreached? Will you help maintain our focus on evangelism as the First Priority? Brent Teague, missions area director for West Africa, contributed to this article.

WHERE IS THE CHALLENGE FOCUSED? elow is a partial list of the countries where we have approved missionary requests for LFTL evangelism funds. Our First Priority Miracle Challenge goal is to raise $3 million in the last four months of 2021 to answer every request. Thank you for being part of the mission to keep evangelism our First Priority!

CONGRATULATIONS TO 43 NEW WEST TEXAS 360MEN! oin us in congratulating 43 men in West Texas who became 360Men in September! The 360Man movement is growing as more and more men commit to live the full circle faith of Acts 2:42-47. Become a 360Man! Go to www.360man.ag.org, follow the sign-up process, and begin your $10 monthly investment to help reach other men for Christ!

FIRST PRIORITY MIRACLE CHALLENGE 2021 Our goal: $3 million over the next four months to assist with every approved missionary request for evangelism resources.

Will you help LFTL keep world evangelism the First Priority?

Fill out the enclosed response form and return it to us with your gift.

OR SCAN THIS CODE

417.370.6280 To receive a digital version of the LFTL© 360 Spotlight, sign up at lftl.ag.org or email request to lftl@ag.org. 360 Spotlight is the oﬃcial voice of Light for the Lost, an evangelism missions focus of the Assemblies of God. National Light for the Lost Director: Rick Allen; Editor: Dan Kersten; Designer: Josh Thomassen. LFTL may be reached at 1445 N. Boonville Avenue, Springﬁeld, MO 65802. Please feel free to visit our website: lftl.ag.org or send us an email at: lftl@ag.org. If you are a missionary or missions partner that utilizes Light for the Lost funds and would like to send us your story, please email us at lftl@ag.org. Light for the Lost 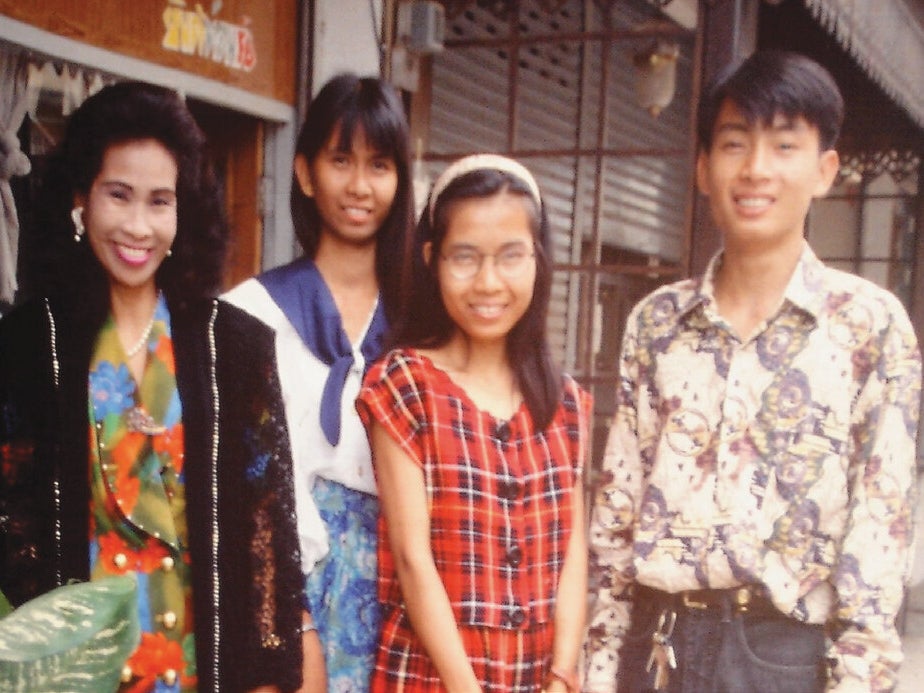 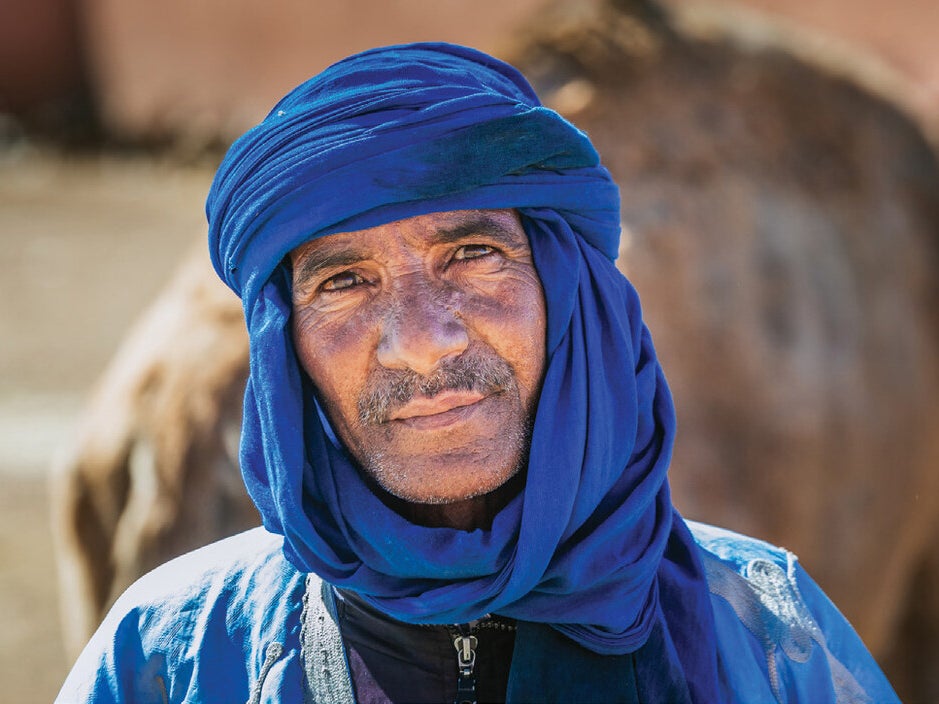 101 TUAREG CROSSES, BUT NONE REPRESENT JESUS 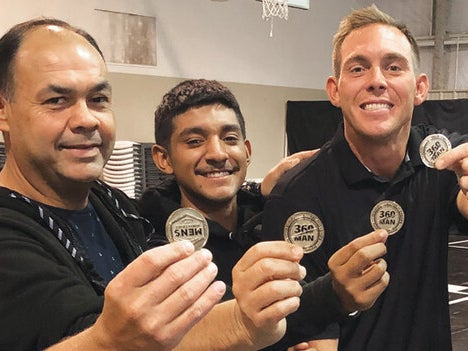 More from Light for the Lost