Didaktikos | What Does Athens Have to Do with the Classroom? from Didaktikos | What Does Athens Have to Do with the Classroom?
by LexhamPress 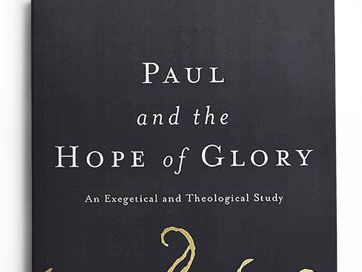 Book review: Paul and the Hope...

What Does Athens Have to Do with the Classroom?

Looking to Paul in Teaching and Learning with Latino, First-Generation College Students (Part 1 of 3)

“So why would my tía tell me that believing in Jesus is all I need to do to go to heaven?” asked Juan, an eighteen-year-old, Latino, first-generation student. [1]  The class just finished exploring Matthew 25:31–46 and its suggestion that action, more than belief, is a key criterion for Jesus’s promise of eternal life (Matt 25:46). As a young, female, white professor at a Hispanic-serving institution, I can never be sure whether questions like this are indicative of my poor teaching, a challenge to my authority in the classroom, or an honest case of confusion in the process of teaching and learning across cultural lines.

The book of Acts narrates similarly awkward moments throughout the growth of the early Christian church. [2]  The movement that began under the leadership of a Jewish Galilean made its way beyond Judea and toward the gentile “ends of the earth” (cf. Acts 1:8). In this process, Paul’s mission in Athens (17:16–34) illustrates a key moment in which the early Christian church encountered a need for difficult conversations.

So, what does Athens have to do with the classroom? Paul’s ambiguous teaching encounter with Athenians gives me hope for the moments in my own teaching where I would not be surprised if students joined the Athenians, asking, “What does this babbler want to say?” (17:18). In this essay, I read Paul’s encounter in Athens alongside my own teaching of Latino first-generation college students and seek to join Paul in his willingness to engage in difficult conversations across cultural lines in the process of teaching and learning. [3]

Paul begins his missionary efforts in Athens by speaking to whomever will listen in the marketplaces (17:17), but his message attracts enough attention that his audience requests to hear him in a more formal venue (17:19). At the Areopagus, Paul speaks on the problems of human ignorance, and he proclaims the good news of Jesus’s resurrection (17:22–31), yielding both scoffers and a modest group of new converts (17:32, 34).

One might expect Luke to cast the Christian missionaries in the role of insiders. However, Luke does not shy away from portraying Christian evangelists as outsiders or guests. [5]  This is true of the account of Paul’s mission in Athens, where the roles of insider and outsider appear to be the inverse of what might be expected. The Athenians are the ones who extend an invitation, and Paul is merely the recipient of their inclusive hospitality. [6]  It is the Athenians who engage Paul in debate (17:18) and express an interest in hearing more about his teaching (17:20). Thus, even as Paul includes the Athenians among his audience, the Athenians likewise include Paul by allowing him an opportunity to engage them in conversation.

The practice of inclusion is rarely easy, and Paul’s foray into mission in Athens is not a smooth process. The visit begins poorly as Paul becomes upset by the proliferation of idols in the city (Acts 17:16). The resident philosophers denounce him as a “babbler” (17:18), and there is a hint that Paul might be getting dragged off to the Areopagus involuntarily (17:19). At the conclusion of his visit, Paul has managed to persuade only two individuals to join him.

Nonetheless, this exchange in Athens suggests that both the Athenians and Paul seem willing to engage in the process of having difficult conversations. Although the narrative presents Paul as the protagonist, he undoubtedly would have appeared to the Athenians as an outsider who was challenging their beliefs and norms. In fact, the narrative reports that some in his initial audience suspect he is proclaiming foreign deities (17:18). Despite Paul’s long immersion in the material he is presenting, he confuses his students about what he is trying to say (17:18), and the students find his material strange (17:20). Furthermore, Paul is appalled at his students’ misperceptions (17:16) about truths he perceives as rudimentary. Thus, the encounter at the Areopagus requires a willingness on both sides to engage in difficult conversations across cultural lines in the process of teaching and learning.

My conversation with Juan was not unlike Paul’s with the Athenians. Because we were coming from different starting points, the dialogue we needed would not be an easy one. As a professor, I had to grapple with the twin possibilities that I had not presented the course material clearly and that Juan was experiencing the material as a personal attack against his familial beliefs. As a Latino and a first-generation student, Juan had to be willing to risk questioning his white professor and to navigate the integration of course material with his preexisting beliefs in ways far more complex for him than for his peers.

Faculty may need to find ways of affirming the cultural capital that students bring while also seeking ways to lead students into an encounter with ideas that might contradict that cultural capital.

This assignment was a small way in which I sought to affirm the wisdom that Juan’s family afforded him while also giving Juan an opportunity to integrate the seemingly competing claims to authority between home and school. Paul’s own navigating of such complex dynamics and ambiguous results reminds me that, despite thechallenges, I am not encountering something new when I meet questions like Juan’s.

Despite the apparently strained relations between Paul and the Athenians, both parties evince a willingness to engage in the difficult practice of dialogue. Likewise, both students and professors may need to be willing to have difficult conversations. Latino, first-generation students like Juan may find themselves in the position of having to navigate competing claims of authority between their family at home and their professors at school. Likewise, faculty like me may need to find ways of affirming the familial and community cultural capital that students bring while also seeking ways to lead students into an encounter with ideas that might contradict that cultural capital. [7]  Doing both of these things was what led to Juan’s question to me about his tía and her beliefs. Juan had just completed a class assignment to interview a family member about their views of Jesus.

The contexts of the first-century Mediterranean world and twenty-first-century institutionsof higher education are vastly different. Nonetheless, Paul’s educational mission in Athens offers me hope for my own task. Paul is not unambiguously successful in Athens, but his work still produces a few converts. My own teaching is not without plenty of shortcomings along the way, but there are still some glimpses of hope.

In the last week of the semester, I found myself walking out of the classroom at the same time as Juan. He commented, “You know, I didn’t really get what you were trying to do in this class, but just in the last few weeks, it has started to make sense.” I cannot help but wonder whether I felt like Paul might have felt in Athens, after some of his students scoffed but others expressed a desire to “hear [him] again” (Acts 17:32).

This article was published in the November 2020 issue of Didaktikos: Journal of Theological Education (Lexham Press). Parts 2 and 3 this series will be published in the February 2021 and April 2021 issues of Didaktikos.
MELANIE A. HOWARD is currently doing research related to the Gospel of Mark within its Second Temple setting.
1. “Juan” is not the student’s real name (to protect his privacy).
2. The use of the term “Christian” in the first century is problematic given the burgeoning religion’s ongoing relationship with Judaism. Nonetheless, insofar as Luke himself uses the term twice (Acts 11:26; 26:28), I use it here, albeit with the caveat that it is a potentially problematic descriptor at this early historical point.
3. Admittedly, there is some question about how, precisely, to define “first-generation” students. Definitions include: students with no parent who has obtained a bachelor’s degree; students who reside primarily with only one parent who did not obtain a four-year degree; students who reside with a guardian who did not obtain a four-year degree; students with parents who did coursework for and/or completed a two-year (but not a four-year) degree; and students with parents who may have completed some college coursework but did not complete any degree. For the purposes of this essay, I will not attempt to delimit a precise definition. For a further discussion of the variations in how to define “first- generation,” see Robert K. Toutkoushian, Robert A. Stollberg, and Kelly A. Slaton, “Talking ‘Bout My Generation: Defining First-Generation CollegeStudents in Higher Education Research,” Teachers College Record 120.4 (January 2018).
4. I have previously explored this episode in relation to hospitality and pedagogy in my article “Hospitality, Pedagogy, and Mission: A Model for Christian Higher Education from Acts 8:26-40, 15:1-25, and 17:16–34,” Pacific Journal 13 (2018): 17–36.
5. For example, Peter is a guest of Simon the tanner (10:6) when he encounters emissaries from Cornelius, and upon baptizing this gentile audience, Peter is invited to be their guest (10:48). Likewise, after converting Lydia, Paul enjoys her hospitality (16:15). In fact, Paul’s role as guest even temporarily endangers his host, Jason, in Thessalonica (17:7).
6. As Amos Yong observes, Paul’s role as a guest is in line with Jesus’ own. See Yong, Hospitality and the Other: Pentecost, Christian Practices, and the Neighbor (Maryknoll, NY: Orbis, 2008), in which Yong suggests that Jesus “characterizes the hospitality of God in part as the exemplary recipient of hospitality. From his conception in Mary’s womb by the power of the Holy Spirit to this birth in a manger through to his burial (in a tomb of Joseph of Arimathea), Jesus was dependent on the welcome of others. ... But it is precisely in his role as guest that Jesus also announces and enacts, through the Holy Spirit, the hospitality of God” (101). Likewise, Yong observes that Paul follows in Jesus’s footsteps: “As with Jesus and Peter before him, Paul is also both a recipient and conduit of God’s hospitality” (104).
7. For a description of the diverse types of cultural capital that students bring, see Tara Yosso, “Whose Culture Has Capital? A Critical Race Theory Discussion of Community Cultural Wealth,” Race, Ethnicity, and Education 8.1 (March 2005): 69–91.
This story is from:
Didaktikos | What Does Athens Have to Do with the Classroom?
by LexhamPress