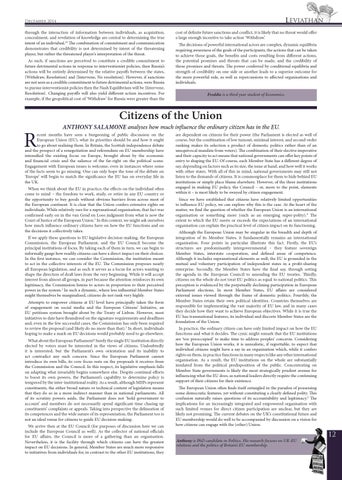 through the interaction of information between individuals, as acquisition, concealment, and revelation of knowledge are central to determining the true intent of an individual.15 The combination of commitment and communication demonstrates that credibility is not determined by intent of the threatening player, but rather the threatened player’s interpretation of the threat. As such, if sanctions are perceived to constitute a credible commitment to future detrimental actions in response to interventionist policies, then Russia’s actions will be entirely determined by the relative payoffs between the states, {Withdraw, Resolution} and {Intervene, No resolution}. However, if sanctions are not seen as a credible commitment to future detrimental actions, were Russia to pursue interventionist policies then the Nash Equilibrium will be {Intervene, Resolution}. Changing payoffs will also yield different action incentives. For example, if the geopolitical cost of ‘Withdraw’ for Russia were greater than the

cost of definite future sanctions and conflict, it is likely that no threat would offer a large enough incentive to take action ‘Withdraw.’ The decisions of powerful international actors are complex, dynamic equilibria requiring awareness of the goals of the participants, the actions that can be taken to achieve those goals, the benefits and costs resulting from different actions, the potential promises and threats that can be made, and the credibility of those promises and threats. The power conferred by conditional equilibria and strength of credibility on one side or another leads to a superior outcome for the more powerful side, as well as repercussions to affected organisations and individuals. Freddie is a third year student of Economics.

Citizens of the Union

ANTHONY SALAMONE analyses how much influence the ordinary citizen has in the EU.

ecent months have seen a burgeoning of public discussion on the European Union (EU), what its priorities should be and how it ought to go about realising them. In Britain, the Scottish independence debate and the prospect of a renegotiation and referendum on EU membership have intensified the existing focus on Europe, brought about by the economic and financial crisis and the salience of the far-right on the political scene. Engagement with European issues is welcome, even in instances where some of the facts seem to go missing. One can only hope the tone of the debate on ‘Europe’ will begin to match the significance the EU has on everyday life in the UK. When we think about the EU in practice, the effects on the individual often come to mind – the freedom to work, study, or retire in any EU country or the opportunity to buy goods without obvious barriers from across most of the European continent. It is clear that the Union confers extensive rights on individuals. While relatively rare for a supranational organisation, that fact was confirmed early on in the van Gend en Loos judgment from what is now the Court of Justice of the European Union.1 In this context, we might ask ourselves how much influence ordinary citizens have on how the EU functions and on the decisions it collectively takes. If we apply these questions to EU legislative decision-making, the European Commission, the European Parliament, and the EU Council become the principal institutions of focus. By taking each of them in turn, we can begin to informally gauge how readily citizens can have a direct impact on their choices. In the first instance, we can consider the Commission, the institution meant to act in the collective interests of the EU. The Commission proposes nearly all European legislation, and as such it serves as a locus for actors wanting to shape the direction of draft laws from the very beginning. While it will accept interest from almost all groups, in part because the attention reinforces its own legitimacy, the Commission listens to actors in proportion to their perceived power in the system.2 In such a dynamic, where less influential Member States might themselves be marginalised, citizens do not rank very highly. Attempts to empower citizens at EU level have principally taken the form of engagement on social media and the European Citizens’ Initiative, an EU petitions system brought about by the Treaty of Lisbon. However, most initiatives to date have floundered on the signature requirements and deadlines and, even in the few successful cases, the Commission has only been required to review the proposal (and likely do no more than that).3 In short, individuals hoping to make a mark on EU decisions would probably need to go elsewhere. What about the European Parliament? Surely the single EU institution directly elected by voters must be interested in the views of citizens. Undoubtedly it is interested, but the Parliament’s own orientation and its inability to act contradict any such concern. Since the European Parliament cannot introduce its own bills, its core focus rests on the proposals it receives from the Commission and the Council. In this respect, its legislative emphasis falls on adapting what invariably begins somewhere else. Despite continual efforts to boost its own powers, the Parliament’s capability to determine policy is tempered by the inter-institutional reality. As a result, although MEPs represent constituents, the either broad nature or technical content of legislation means that they do so in a more indirect manner than in national parliaments. All of its scrutiny powers aside, the Parliament does not ‘hold government to account’ and members do not necessarily spend significant time chasing up constituents’ complaints or appeals. Taking into perspective the delineation of its competences and the wide nature of its representation, the Parliament too is not an ideal venue for citizens to guide EU decision-making. We arrive then at the EU Council (for purposes of discussion here we can include the European Council as well). As the collector of national officials for EU affairs, the Council is more of a gathering than an organisation. Nevertheless, it is the facility through which citizens can have the greatest impact on EU decisions. In general, Member States are much more responsive to initiatives from individuals for, in contrast to the other EU institutions, they

are dependent on citizens for their power (the Parliament is elected as well of course, but the combination of low turnout, minimal interest, and second-order ranking makes its selection a product of domestic politics rather than of an unequivocal mandate from voters). The combination of their elective imperative and their capacity to act means that national governments can offer key points of entry to shaping the EU. Of course, each Member State has a different degree of say, depending on factors such as its size, the issue at hand, and how well it works with other states. With all of this in mind, national governments may still not listen to the demands of citizens. It is commonplace for them to hide behind EU institutions or simply place blame elsewhere. However, of the three institutions engaged in making EU policy, the Council – or, more to the point, elements within it – is most likely to be swayed by citizen engagement. Since we have established that citizens have relatively limited opportunities to influence EU policy, we can explore why this is the case. At the heart of the matter, we find the question of whether the European Union is an international organisation or something more (such as an emerging super-polity).4 The extent to which the EU meets or exceeds the expectations of an international organisation can explain the practical level of citizen impact on its functioning. Although the European Union may be singular in the breadth and depth of integration of its Member States, it fundamentally remains an international organisation. Four points in particular illustrate this fact. Firstly, the EU’s structures are predominantly intergovernmental – they feature sovereign Member States, interstate cooperation, and defined areas of competence. Although it includes supranational elements as well, the EU is grounded in the mutual and voluntary participation of independent states in a profit-sharing enterprise. Secondly, the Member States have the final say, through setting the agenda in the European Council to amending the EU treaties. Thirdly, citizens on the whole do not treat EU politics as equal to national politics. This perception is evidenced by the perpetually declining participation in European Parliament elections. In most Member States, EU affairs are considered external issues viewed through the frame of domestic politics. Fourthly, the Member States retain their own political identities. Countries themselves are responsible for implementing the vast majority of EU law, and in many cases they decide how they want to achieve European objectives. While it is true the EU has transnational features, its individual and discrete Member States are the foundation of the Union. In practice, the ordinary citizen can have only limited impact on how the EU functions and what it decides. The cynic might remark that the EU institutions are ‘too preoccupied’ to make time to address peoples’ concerns. Considering how the European Union works, it is unrealistic, if regrettable, to expect that individual citizens might have a say in an organisation which, while it confers rights on them, in practice functions in many respects like any other international organisation. As a result, the EU institutions on the whole are substantially insulated from the political predisposition of the public. Concentrating on Member State governments is likely the most strategically prudent avenue for influencing what the EU does, as national leaders directly require the continuing support of their citizens for their existence. The European Union often finds itself entangled in the paradox of possessing some democratic features, yet without constituting a clearly defined polity. This confusion naturally raises questions of its accountability and legitimacy.5 The implications for an increasingly integrated and empowered organisation with such limited venues for direct citizen participation are unclear, but they are likely not promising. The current debates on the UK’s constitutional future and EU membership would do well to be accompanied by discussion on a vision for how citizens can engage with the (other) Union. Anthony is PhD candidate in Politics. His research focuses on UK-EU relations and the politics of Britain’s EU membership. 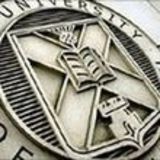