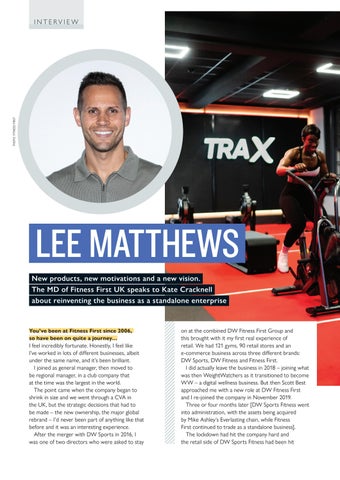 Lee Matthews New products, new motivations and a new vision. The MD of Fitness First UK speaks to Kate Cracknell about reinventing the business as a standalone enterprise

You’ve been at Fitness First since 2006, so have been on quite a journey…

I feel incredibly fortunate. Honestly, I feel like I’ve worked in lots of different businesses, albeit under the same name, and it’s been brilliant. I joined as general manager, then moved to be regional manager, in a club company that at the time was the largest in the world. The point came when the company began to shrink in size and we went through a CVA in the UK, but the strategic decisions that had to be made – the new ownership, the major global rebrand – I’d never been part of anything like that before and it was an interesting experience. After the merger with DW Sports in 2016, I was one of two directors who were asked to stay 34

on at the combined DW Fitness First Group and this brought with it my first real experience of retail. We had 121 gyms, 90 retail stores and an e-commerce business across three different brands: DW Sports, DW Fitness and Fitness First. I did actually leave the business in 2018 – joining what was then WeightWatchers as it transitioned to become WW – a digital wellness business. But then Scott Best approached me with a new role at DW Fitness First and I re-joined the company in November 2019. Three or four months later [DW Sports Fitness went into administration, with the assets being acquired by Mike Ashley’s Everlasting chain, while Fitness First continued to trade as a standalone business]. The lockdown had hit the company hard and the retail side of DW Sports Fitness had been hit 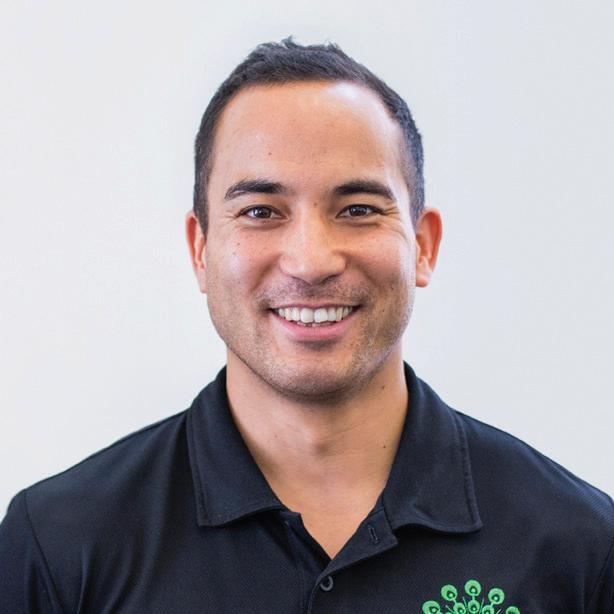 For certain populations, exercise is a genuine health need, not only a lifestyle choice, say Justin Rogers and Adam Hewitt of Ten Health and Fitness 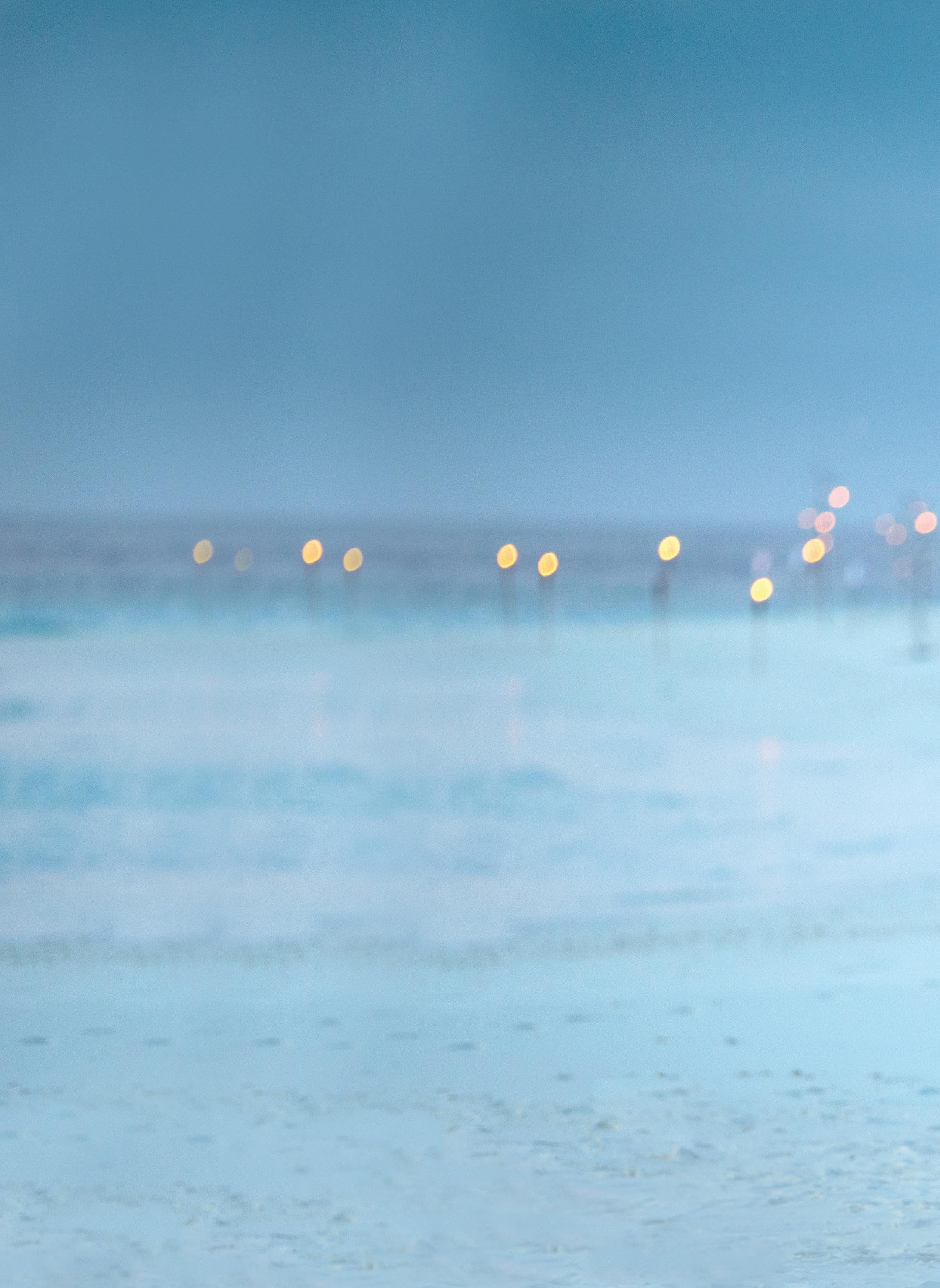 The CEO and founder of Soneva explains the luxury resort operator’s new Soneva Soul concept – a pioneering approach to ‘lifestyle evolution’, and its mantra of rest, recovery and regeneration 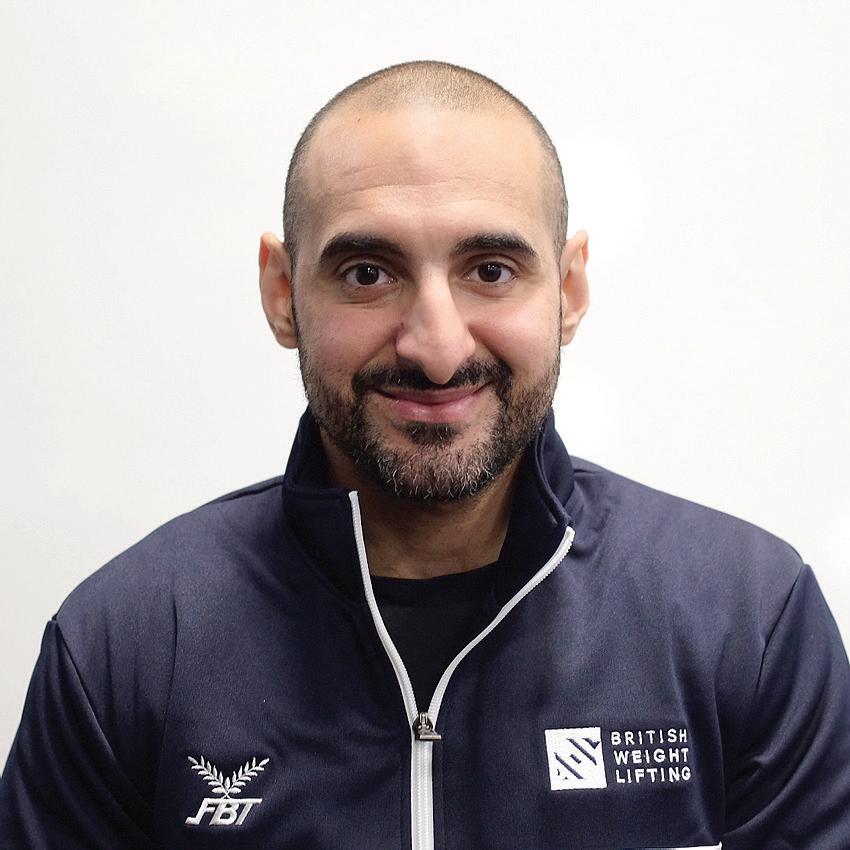 The Paralympic powerlifter and founder of Accessercise is aiming to change the lives of millions of people living with a disability, through access to exercise 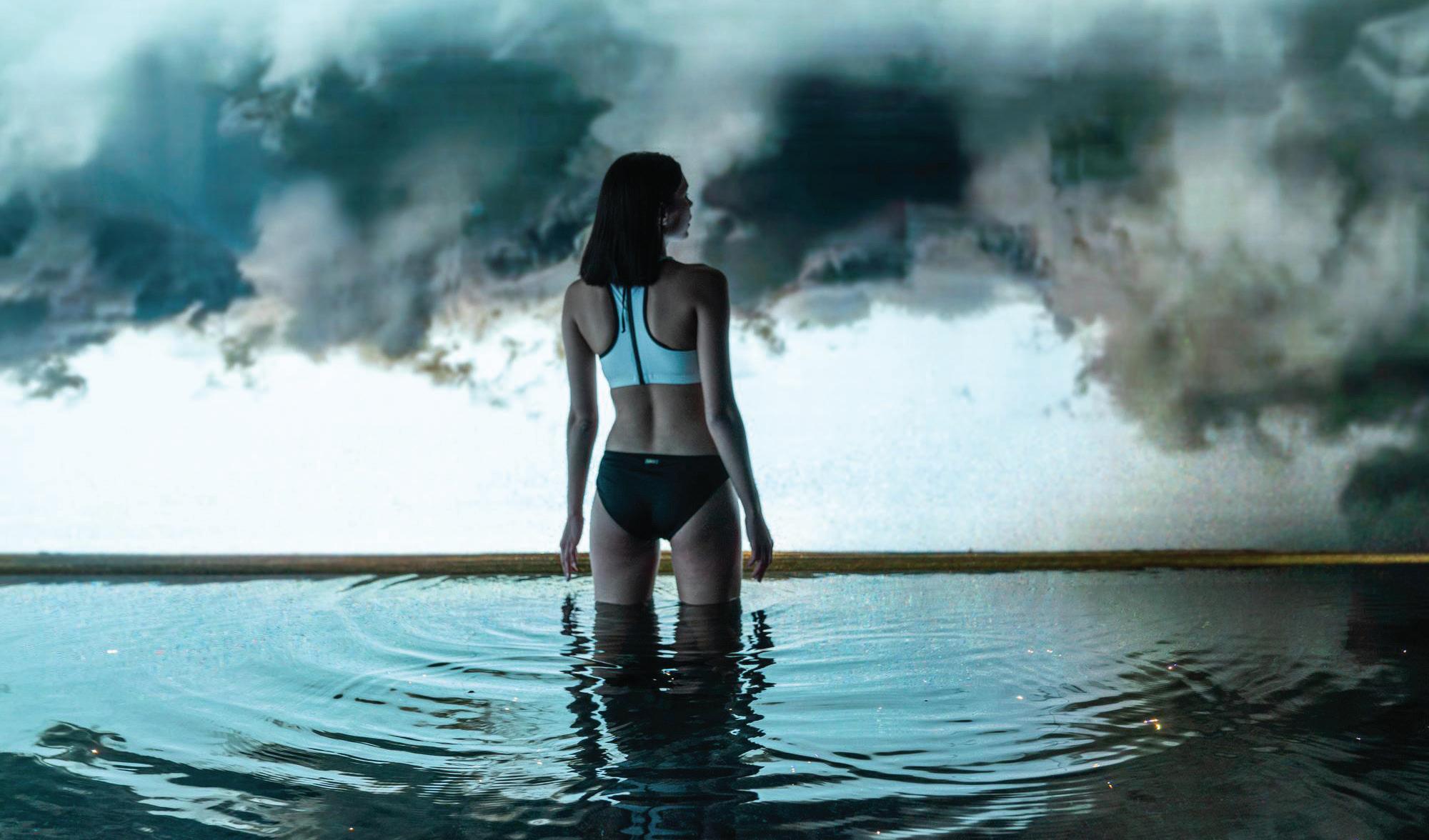 F45 loses lawsuit, Gympass does a deal with Les Mills and the Global Wellness 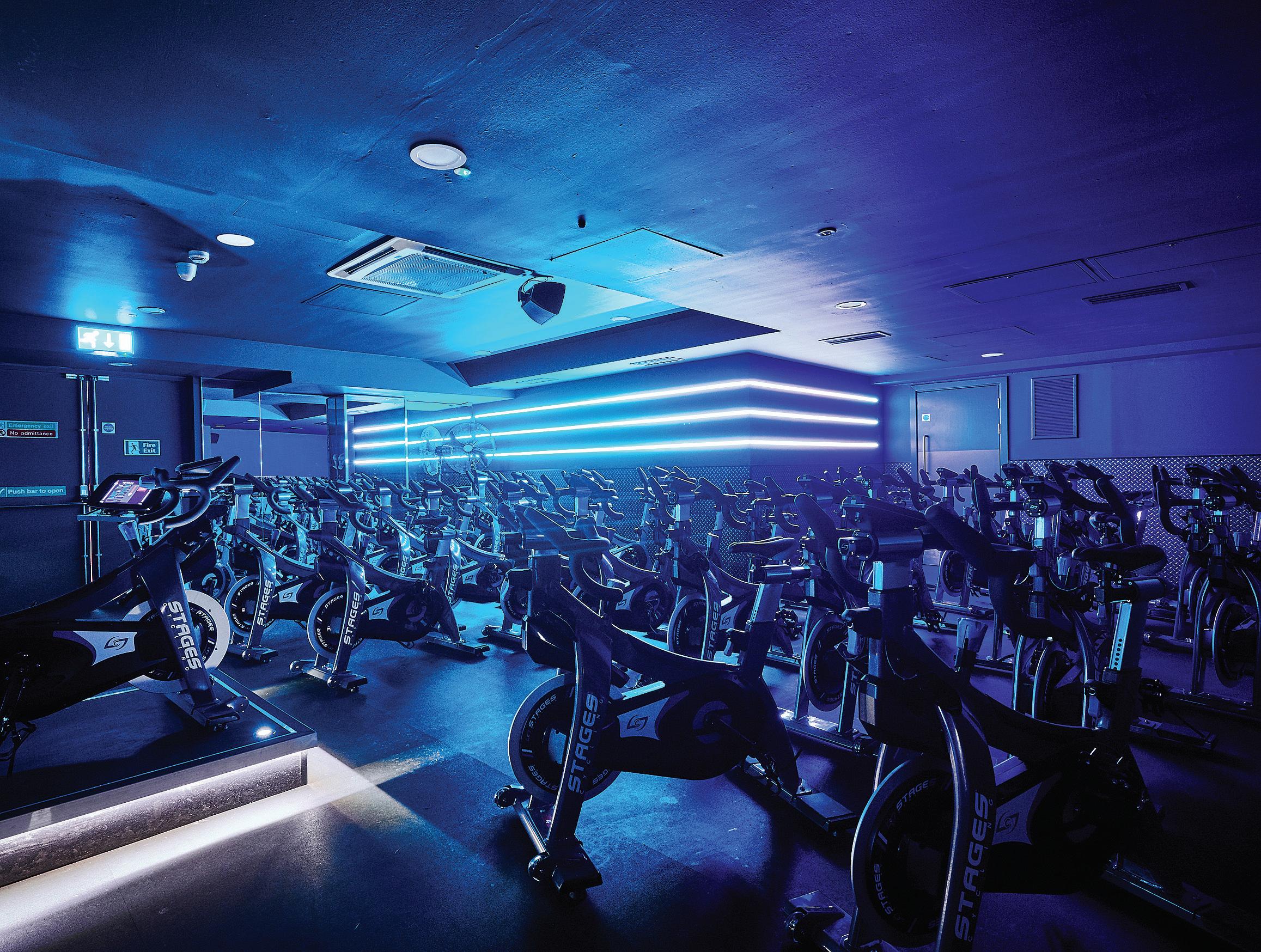 The MD of Fitness First talks to Kate 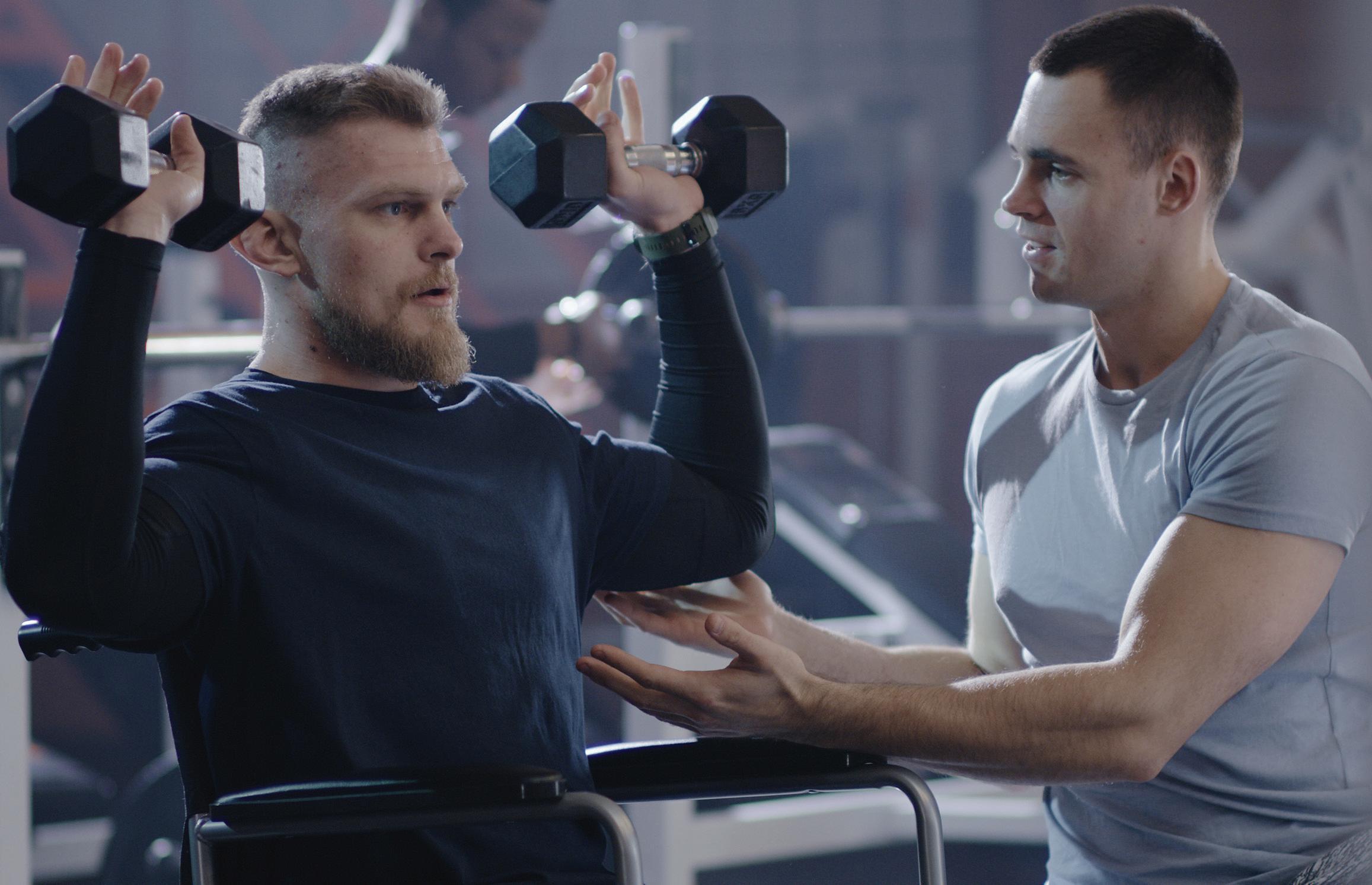 People with disabilities and long-term health challenges want to be active. How can we remove barriers, asks Kath Hudson? 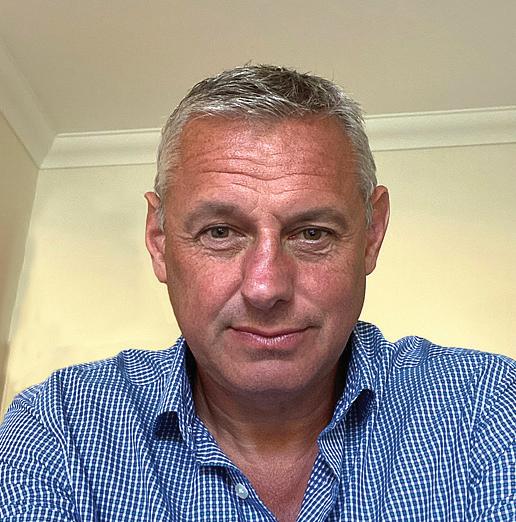 The power of prehab 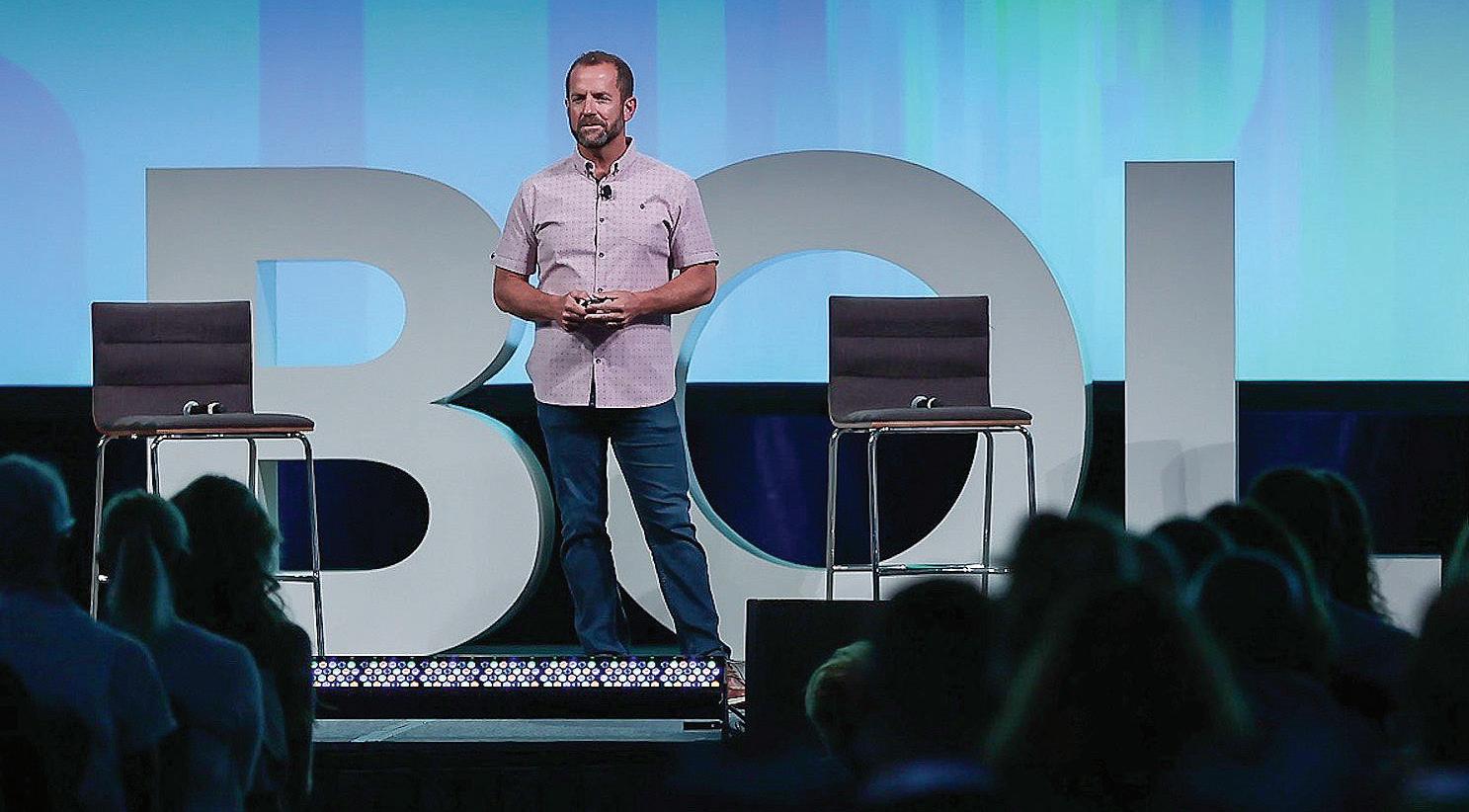 Conference report Back to Business 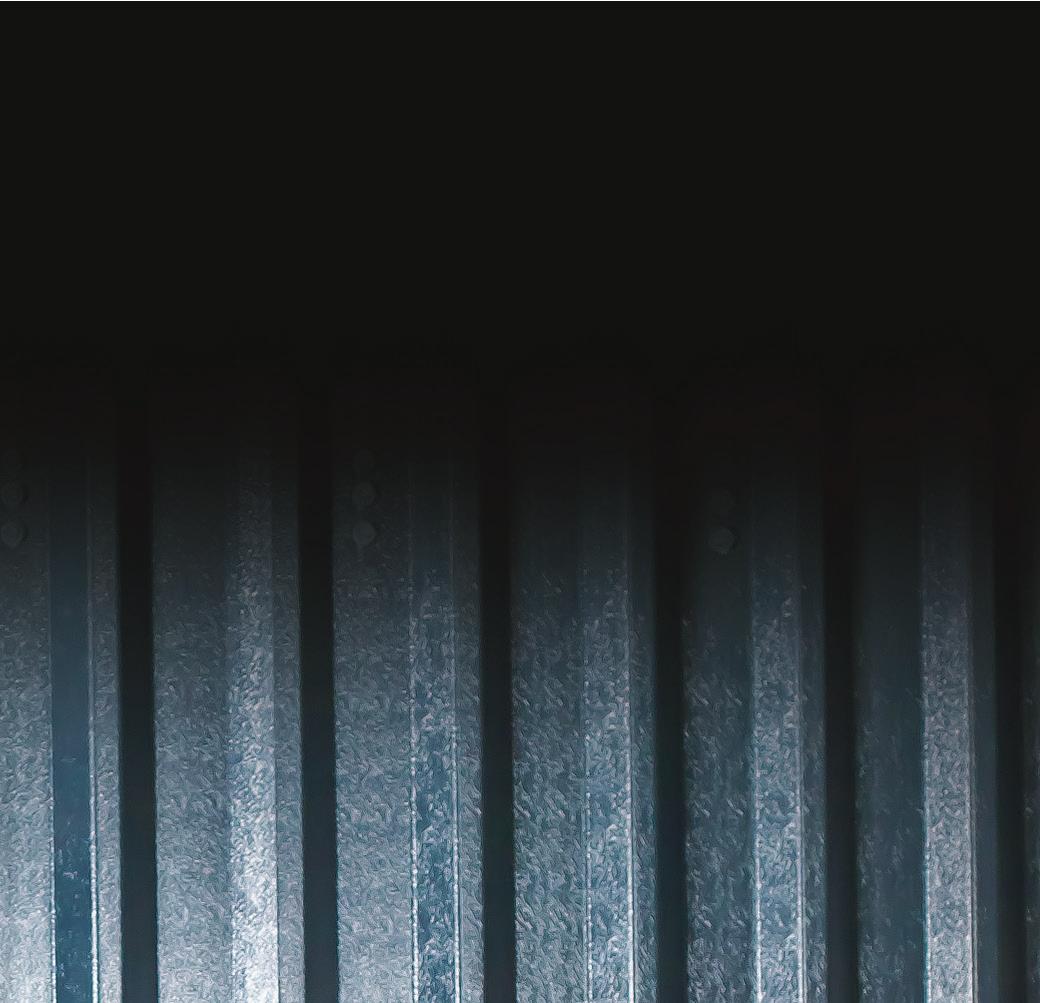 As Pure Gym expands into the US under the name Pure Fitness, its chief strategy officer talks about the opening of the first three budget clubs in Washington, DC 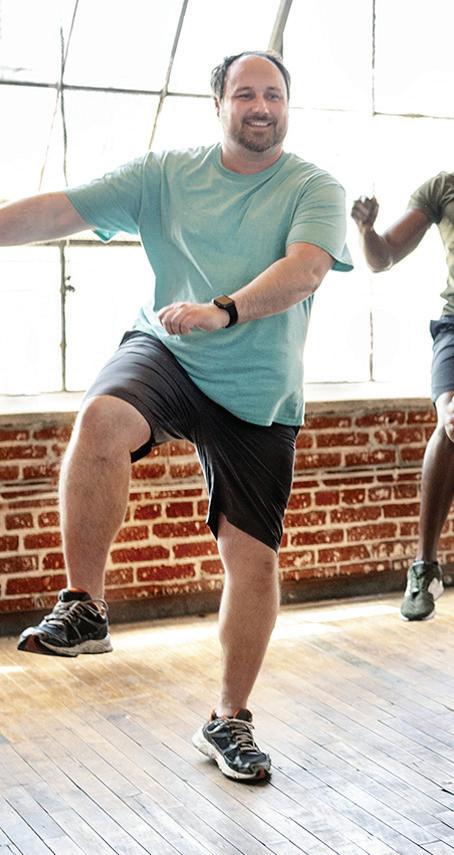 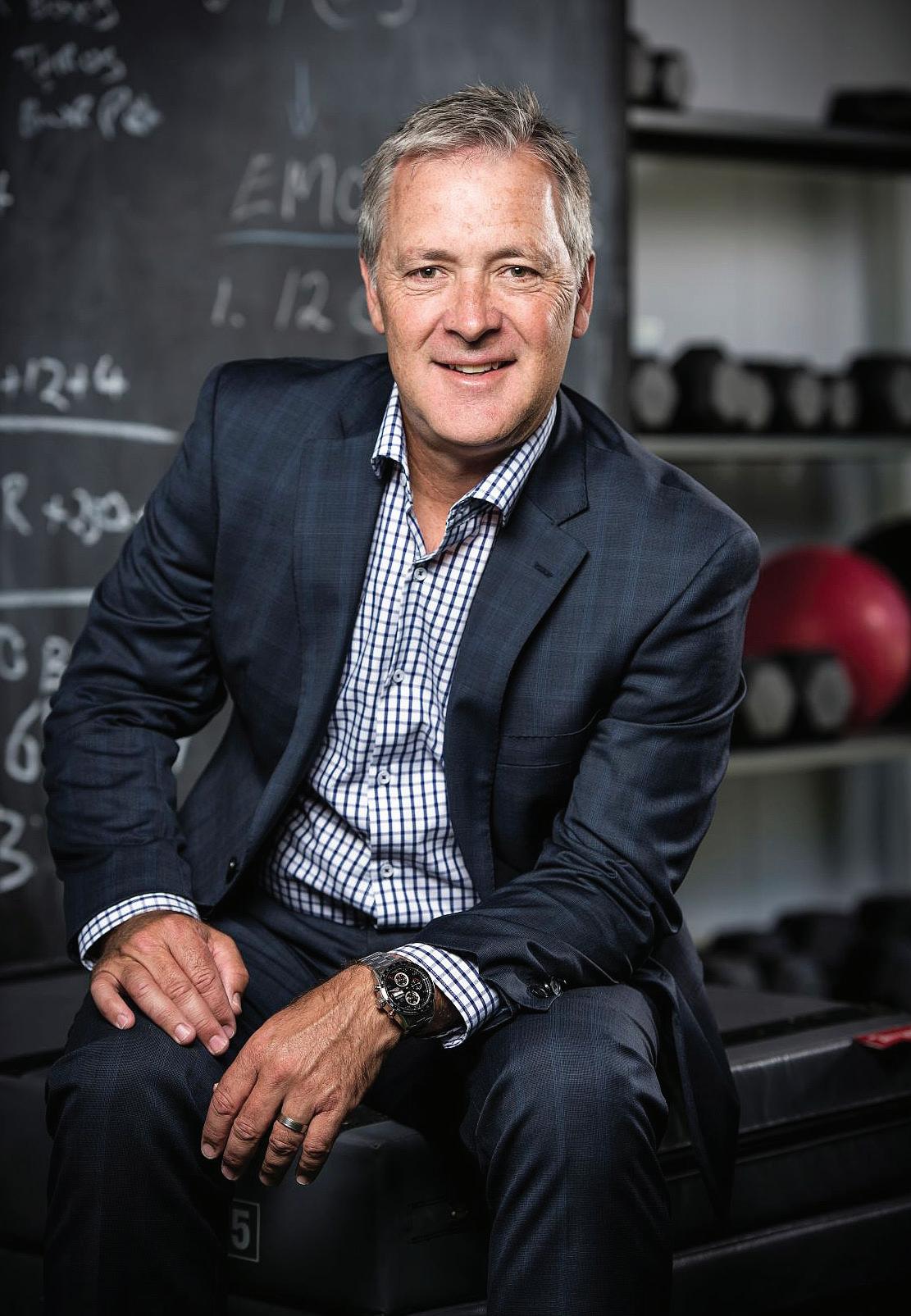 The big mission at the Global Health & Fitness Alliance? Getting health clubs recognised as an essential service. The Fitness & Lifestyle Group CEO explains 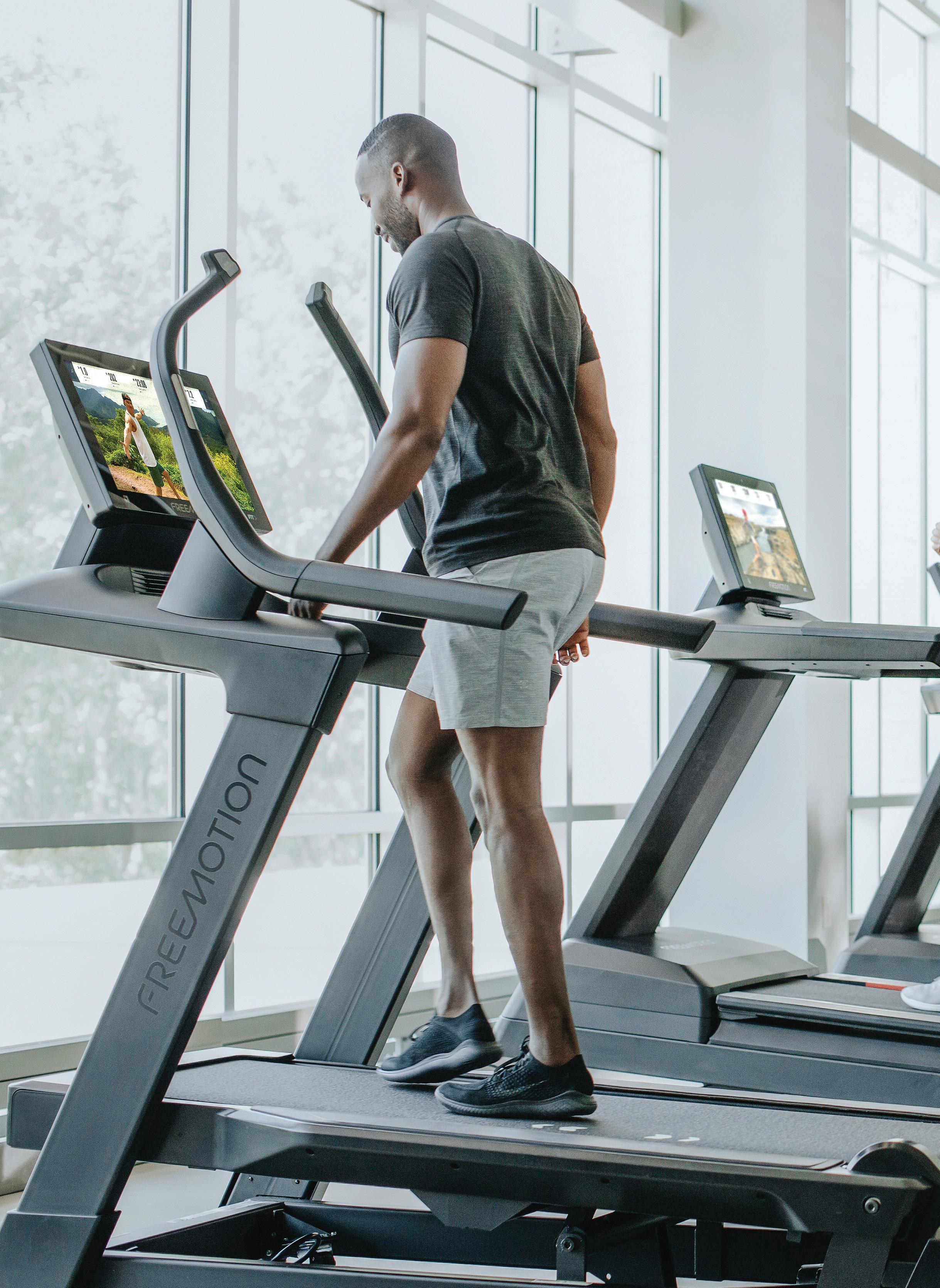 Creating an exciting, fully immersive digital ecosystem for members on the gym floor is all down to the latest tech. Top equipment suppliers show us how 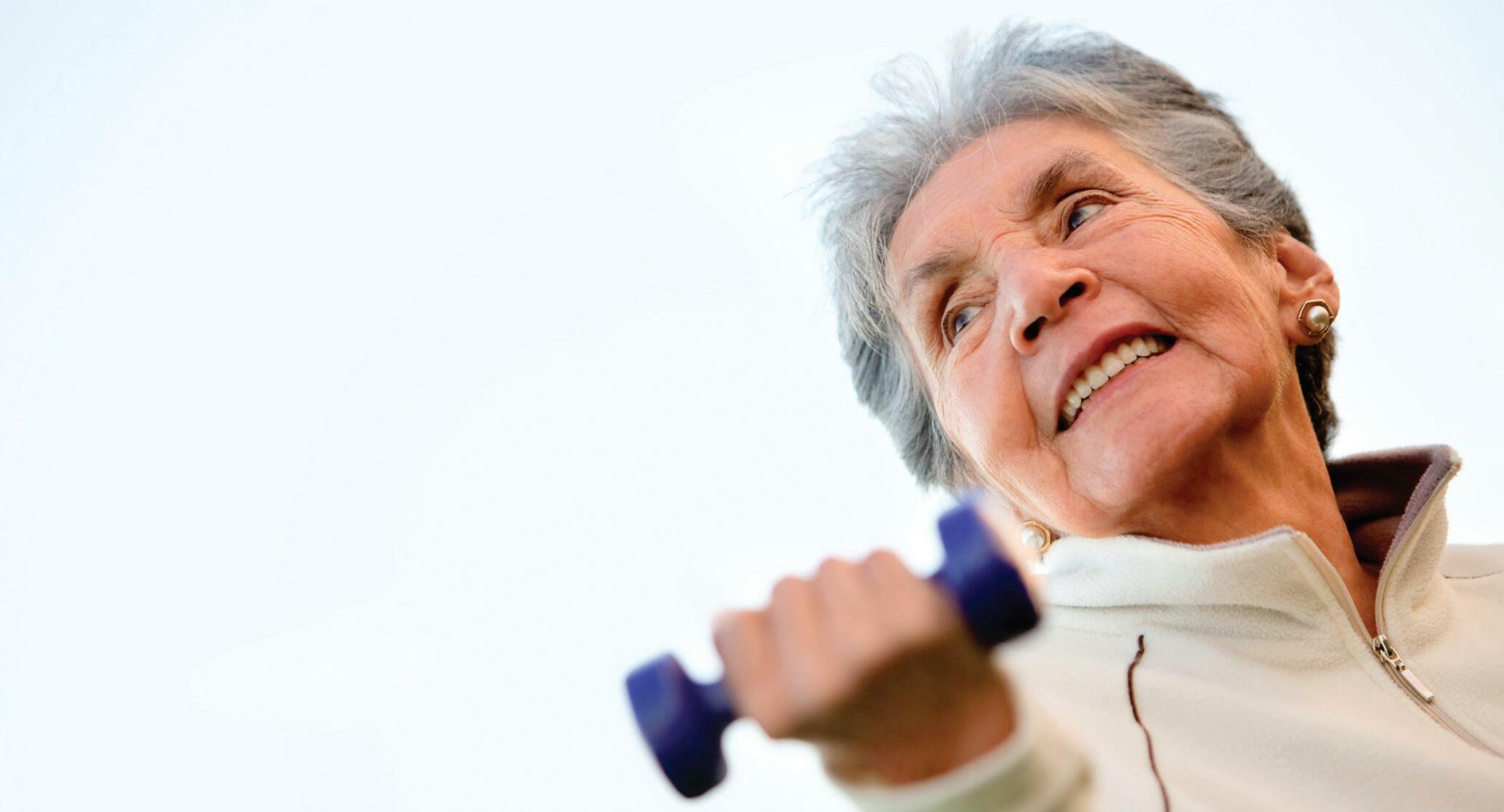