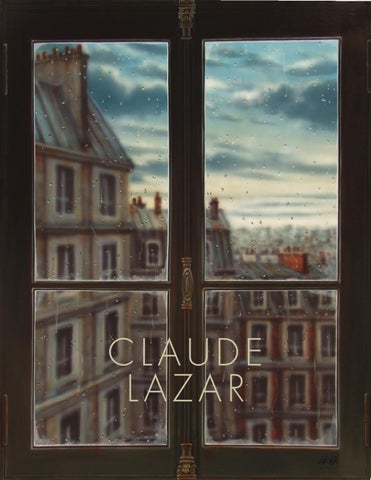 Art is anything that&#39;s creative, passionate, and personal. And great art resonates with the viewer, not only with the creator. Seth Godin

C L A U D E L A Z A R: Modern Life In this, the 40th anniversary of our gallery, we are delighted to also celebrate 20 years of representing Claude Lazar. Like the artist Edward Hopper, Lazar has remained faithful to realism. During his career, Hopper expressed his delight in knowing that the film director, Alfred Hitchcock, said in various interviews that his later films, Rear Window and Psycho, were to, some extent, inspired by the painter’s work. Unsurprisingly, Lazar has often commented that his interest in the films of Hitchcock and French New Wave filmmakers have occupied him throughout his career, creating an undeniable link between the two artists. Also like Hopper, Lazar has always been on the verge of telling a story, “When will the figure turn the corner onto the empty street? When will the couple enter the empty room?” Like a mystery novel that the reader can’t put down, Lazar’s paintings create an atmosphere of emotional depth and universal experience. This implied narrative structure has entranced the fans of Edward Hopper and Claude Lazar alike. Lazar grew up in Egypt; the land of bright sun and deep shadows in the desert. At the time his family relocated to Paris, there were serious housing shortages. The interiors that Lazar paints are often reminiscent of those places he wishfully imagined as a child. Large, wonderfully empty and spacious rooms, contemplative windows and urban scenes are all re-imagined as romantic landscapes through his eyes. Throughout these solitary moments, light always predominates. Lazar believes that, “no matter what subject is being represented, light is the essential element of emphasis.” Whether its source is artificial or natural, Lazar’s light charges every cubic inch of space with significance. Pictorial research on the contemporary industrial landscape has evolved into a small group of new paintings. These have the poignancy of portraits and serve as emblems of the human condition. They are arresting and make one think; what is the history of this place and what makes it tick? The paintings themselves are luminous and express another facet of Lazar’s insightful perspective. Layering his canvases with atmosphere, Lazar creates internal light in his paintings with masterful techniques. He uses methods that create a balance between opposing forces, resulting in a dance between the dark layers and the chalk that gradually contours the shapes. He uses glazes and varnishes to create subtle gradients of soft and brilliantly subtle light: day, night, early morning and evening twilight; all these hues suffuse his interiors and urban landscapes with depth. Lazar loves surfaces and how light brings them alive. ‘Obvious beauty,’ is never his subject, rather he wants to elevate the ordinary through exploration by looking deeply. Lazar introduces mysterious elements of light and dark and they play across his canvases. What emerges is a vision of unexpected urban beauty, a mirror for recapturing memories. We’re very proud to present Claude Lazar’s new work to our collectors. LESLIE LUND, Curator, Franklin Bowles Gallery, New York

What interests me is to pull significant elements from my own experiences that find an echo in those of others. Claude Lazar 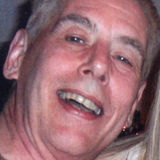