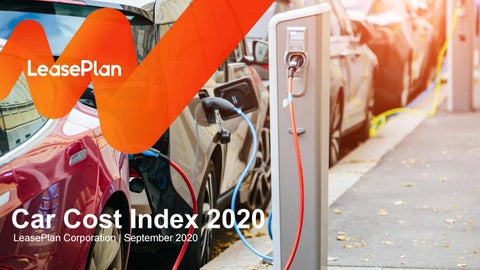 LeasePlanâ&#x20AC;&#x2122;s Car Cost Index is a comprehensive analysis of the costs of owning and operating a car, ranging from the subcompact segment to the executive segment, in 18 European countries It factors in all the various costs that are involved in car ownership in each country, including fuel, depreciation, taxes, insurance and maintenance In the 2020 edition, costs are averaged over the first four years of ownership and assume an annual mileage of 30,000 km

The average monthly cost of driving a car varies hugely across Europe, from €491 a month in Hungary and €501 in Greece to €926 a month in Switzerland

Norway and Switzerland are the most expensive places to drive internal combustion engine (ICE) cars. Conversely, electric cars are significantly cheaper than all ICEs in Norway and cheaper than petrol cars in Switzerland

In Northern European countries (including Norway, the Netherlands and Switzerland), the cost of driving a vehicle is relatively high

TCO factors in all the various costs that are involved in car ownership in each country, including fuel, depreciation, taxes, insurance and maintenance

For example, in Italy the average cost is less affordable since the average TCO is relatively high compared to the GDP

TCO vs GDP Note: Ireland is excluded due to skewed GDP as a result of corporate taxes

In the popular D2 segment, electric vehicles have significantly lower monthly costs in the majority of the countries. The main contributors to this trend are: The increased fuel cost of diesel and petrol

The high registration and road taxation, specifically for diesel

In the majority of the researched countries, electric is more affordable than petrol and diesel in the mid-size segment

* The cost levels are determined by comparing the same type of vehicles per fuel type across countries. Please be aware that it is not possible to make an absolute like-for-like comparison between EV and ICE powertrains since range, horsepower, and comfort levels are different.

In a growing number of countries, electric vehicles (EVs) in the B1 and C1 segments are now nearing cost parity* compared to petrol and/or diesel vehicles:

Compared to ICE vehicles, EVs have lower costs over the ownership period thanks to the lower running costs. The gap widens as EVs are driven further and longer

This is especially true in the B1 segment, with EVs achieving a lower TCO than ICE vehicles from 48 months/30,000 km onwards * The cost levels are determined by comparing the same type of vehicles per fuel type across countries. Please be aware that it is not possible to make an absolute like-for-like comparison between EV and ICE powertrains since range, horsepower, technology and comfort levels are different.

In Italy, electric vehicles in the subcompact and compact segment have lower monthly costs than both petrol and diesel vehicles

In the B1 segment only Sweden and Norway show a competitive TCO for EVs.

EVs in the C1 segment are cost competitive in nearly half of the countries surveyed.

EVs are cost competitive in the mid-size segment in the majority of European countries.

No country currently has cost-competitive electric cars in the executive segment.

The TCO breakdown above shows all three fuel/energy types across all countries The data is for the subcompact (B1) and compact (C1) segments, The calculations exclude VAT

EV Competitiveness: ± 5% To assess whether an EV is price competitive with regards to an ICE vehicle, the TCO is compared to an ICE (diesel or petrol) vehicle in the same segment with the lowest TCO. The EV is defined as EV competitive when its TCO is within a 5% margin of the TCO of the ICE vehicle

A like-for-like TCO comparison is important yet difficult due to so many possible vehicle combinations. There will always be some differences between EVs and ICE vehicles, but the aim is to compare vehicles that are as similar to one another as possible. ICE vehicles are traditionally compared based on vehicle size, luxury level, engine power and fuel type. A comparison based on segment and engine capacity works well for diesel and petrol vehicles, since any other differences between the powertrains are limited. However, the same cannot be said for electric vehicles. EVs differ from ICE vehicles in terms of more than just size and engine capacity.

This material has been approved solely by, and is the responsibility of LeasePlan Corporation N.V. (â&#x20AC;&#x153;LPCâ&#x20AC;?) on the basis of historic information provided by LeasePlan country organisations and LPC. LPC makes no representation or warranty (express or implied) of any nature, nor does it accept any responsibility or liability of any kind, with respect to the accuracy or completeness of any of the information or opinions in this material.

The information contained in this document is derived from sources that have not been independently verified. LPC gives no undertaking and is under no obligation to provide the recipient with access to any additional information or to update this document or to correct any inaccuracies in it which may become apparent, and it reserves the right, without giving reasons, at any time and in any respect to amend or terminate the information described herein. Except in the case of fraudulent misrepresentation, neither LPC nor any of its affiliates, advisers or representatives shall have any liability for any direct, indirect, consequential or other losses or damages including loss of profits incurred by you or any third party that may arise from any reliance on (1) this document or for the reliability, accuracy, completeness or timeliness thereof or (2) for any other written or oral information made available by LPC in connection herewith or (3) any data which any such information generates. 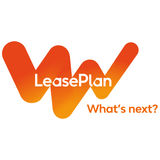