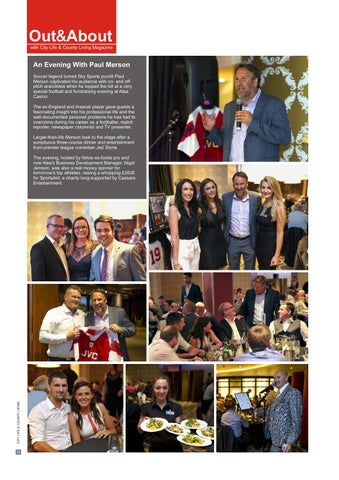 An Evening With Paul Merson Soccer legend turned Sky Sports pundit Paul Merson captivated his audience with on- and offpitch anecdotes when he topped the bill at a very special football and fundraising evening at Alea Casino. The ex-England and Arsenal player gave guests a fascinating insight into his professional life and the well-documented personal problems he has had to overcome during his career as a footballer, match reporter, newspaper columnist and TV presenter. Larger-than-life Merson took to the stage after a sumptuous three-course dinner and entertainment from premier league comedian Jed Stone.