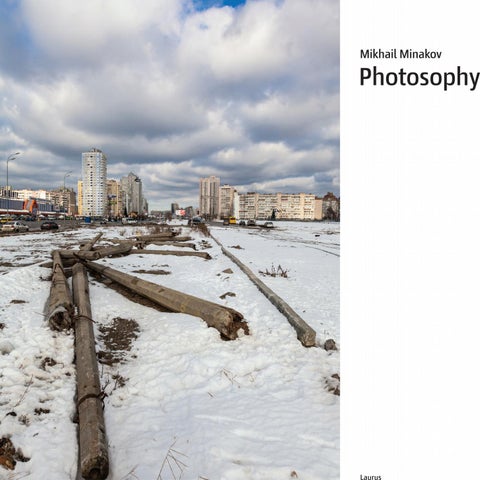 Минаков М 62 УДК 7.01 ББК 85 Mikhail Minakov, Photosophy, Kiev: Laurus 2017, pages 140. This book was made possible thanks to support from the German Academic Exchange Service (DAAD) and the International Association for Visual Studies (IAViS) The author would like to thank Viktor Marushchenko and his School of Photography (Kiev, Ukraine) for their constant inspiration.

This book is an attempt to philosophize by the means of photography. The force of a photograph lies in the power to appraise a thing in a new cultural and social condition. Thusly, photography becomes akin to philosophy. This confluence is best revealed in the critical and reflective force of photosophy, when thinking and seeing come together. By this experimental book, author proves that photography is another way of critical philosophizing in an age of contradiction between visual hegemony and liberation. In every chapter of this book, Minakov visually reflects on and thoughtfully envisages the ideological power of vision and human creativity. ISBN 978–617–7313–19–8 © Mikhail Minakov, text and photography, 2017 © Юрій Барабаш, дизайн, 2017 © Видавництво Laurus, 2017

3. The Void of Distance and the Aesthetic Fixation of Sociocultural Inequalities

Photography deals with three telling aspects of life: the vision, a constitutive human capacity; the image, a generic term for grasped reality; and light, a precondition for an image to be seen. Practicing photography empowers the philosopher to reflect on vision, image, and light. This photographic-philosophic—photosophic—reflection, in the first place, goes far beyond mirroring what is shown and what is seen. Light (φῶς) is something that unites photography art with ontology; the moment when being reveals itself in the world coincides with the great cosmic divide between darkness and light. This moment is described in a particularly expressive way in an ancient Upanishadic chant: O Brahma, lead us from non-being to being. O Brahma, lead us from darkness to light. (Brhadaranyaka Upanishad) The division of darkness and light makes meaning definable; ideas are not realizable in chthonic darkness. One can only imagine the form of these ideas, if any form is possible in the blackness of the dark. Hegel did his best to imagine ideas before creation in his Science of Logic, as did Mikhail Vrubel in his ornaments in St. Vladimir’s Cathedral in Kiev. The Photosophic moment of cosmic differentiation is the instant before the moral separation of good and evil, when “God saw that the light was good, and he separated the light from the darkness” (Genesis, 1). It is that split second in the enormous history of creation that enables photography; it is the moment when something differs from nothing. In the photosophic moment light enables seeing, while a copresent darkness denies the opportunity for moral judgment. Photopsophy is a reflection of the world in which chaos and order co-exist, of the world before the division of good and evil.

This ability of light provides the foundation for Martin Heidegger’s phenomenological project. Light is a precondition for a phenomenon (φαινóμενον) to witness itself since a pheno­ menon is something that shows itself. Φαíνω – means to bring to the light of the day. (Heidegger, Sein und Zeit, §7A) And in this light a present something reveals its existence in the matchless colors. In addition to seeing the world before the advent of evil, light provides insight into human life before its immersion in the domain of truths and lies. The human ability to see what light reveals as the matchlessness of something, αἴσθησις, comes well before λόγος, cognition and its failure. Aἴσθησις, the sheer sensory perception of something, is 'true' in the Greek sense, and indeed more primordially than the λόγος which we have been discussing. Just as seeing aims at colours, any αἴσθησις aims at its ἴδια. (Heidegger, Sein und Zeit, §7B) Vision, the human ability to see, makes seeing the craft and photography the art. At approximately the same time as Heidegger was disturbing being with his radical ontology, David Kaufman (better known as Dziga Vertov) began trying to use the mechanical eye of camera to document reality where light and darkness depart. The camera provided humans with the ability to fixate on a moment, collect these fixations, and reassemble them in a controllable motion. This inspired Vertov and his Kino-eye group to declare a crusade against staged movies and to begin to make the case for documentary filmmaking. The camera

can document reality, revealing not only light, shadow, and color, but also the world’s rhythm. Kinochestvo [Kino-eye] is the art of organizing the necessary movements of objects in space as a rhythmical artistic whole, in harmony with the properties of the material and the internal rhythm of each object. (We-Manifesto) These early 20th century photosophic breakthroughs inspired contemporary philosophers to go further than their forebears. Production, reproduction, and multiplication stimulated philosophic insights into the imagined, visual, simulacra, and spectacle. Now in the beginning of the 21st century, human life has immersed into the situation of visual dominance. The visual dominates now to such a level that a once visible world has lost its clarity. On this account, Guy Debord was among the first to define the visual blur of reality. The images detached from every aspect of life merge into a common stream in which the unity of that life can no longer be recovered. Fragmented views of reality regroup themselves into a new unity as a separate pseudo-world that can only be looked at. (Debord, Society of The Spectacle, fr. 2) Debord has also been critical of philosophers’ inability to see new obstacles to human access to authentic existence; critical thinking, he suggests, need to learn to see again. It involves seeing the universe of the simulacra covering accessible reality, and the ability to see how domination and subjection are re-ordered in the spectacle.

One of the ways of coping with newly un-hidden world is the practice of photography. This let Susan Sontag optimisti­ cally deny Debord’s forecasts and invite Plato back into discussion: The insatiability of the photographing eye changes the terms of confinement in the cave, our world. In teaching us a new visual code, photographs alter and enlarge our notions of what is worth looking at and what we have the right to observe. (Sontag, On Photography) Sontag, in the same book, articulates the near-ontological mission of a photograph: Bringing the exotic near, rendering the familiar and homely exotic, photographs make the entire world available as an object of appraisal. (Sontag, On Photography) The force of a photograph lies in the power to appraise a thing in a new cultural and social condition. Thusly, photography becomes akin to philosophy. This confluence is best revealed in the critical and reflective force of photosophy, when thinking and seeing come together. Photography is another way of critical philosophizing in an age of contradiction between visual hegemony and liberation. In every chapter of this book, I do my best to visually reflect on and thoughtfully envisage the ideological power of vision and human creativity, to see culture as a void between differences, to appreciate the value of trash, and to understand human measures of time.

Choice is real if and only if there are more than two options. “We are our choices”—Jean-Paul Sartre’s phrase is not a factual statement but rather an illocution. Too often our choices are made in situations in which there are only two options. Consequently, we make the “simple choice” between good and evil, between black and white, between backwards and forwards. However, there is nothing as false as “simple choice” in our complex reality. If we don’t see alternatives, then the real choice has been made way before it comes to us: by another person—by a context, by a tradition, by an ideology, by anyone but us. So, are we someone else’s choices or our own? Humans live by creating meanings and senses. In this sensecreation, our cognition proves to be intersubjective. This means that each experience is simultaneously mine and ours. It also means that each act of cognition is individual and social at the same time. We make sense, and in doing so manifest My-self, Our-selves, and that which is between Me and Us. Anonymous instances, which provide us with the media to make sense, support the societal nature of knowledge. Languages, traditions, habits, myths, ideologies and discourses contribute to these anonymous instances. Covertly, they supply us with sense. A sense, therefore, can be both a subjugator and redeemer. Critical philosophy provides us with a gift of hope for emancipation from those anonymous ideological frames. Photography holds an enormous power that can serve subjugators well. As any other art, photography is believed to represent reality as it is; it simply traces the light and shadow of the present. But a frame chosen by photographer takes on

an ideological function: it puts the viewer into a perspective that he or she didn’t choose. In this way, the photographer becomes an owner of the viewer’s sight. And thus, the photograph betrays the mission offered by Susan Sontag. Yet photography can also demolish subjugation. The additional, third color in black and white photographs represents an opportunity for a third alternative in our choices. I have produced and selected a number of three-color pictures that might provoke a viewer’s suspicion in regard to my own intentions. The choice is real if and only if there are more than two options. 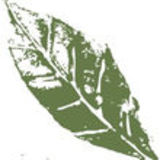