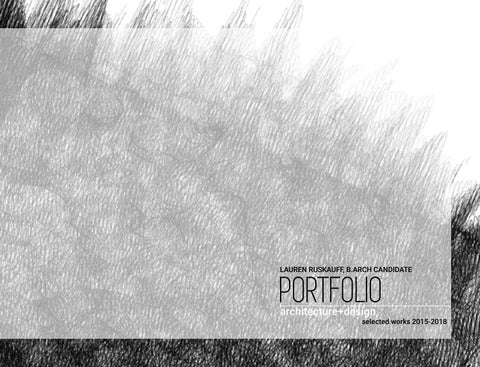 THE HYBRID DECOLONIZATION OF TECHNOLOGY

Mestizo robotics is an art/architecture/engineering project composed of a community of autonomous robotic spheres. The project explores the dichotomies of colonialism/the modern world, high/low technology, and part vs whole to investigate a decolonized view of robotics. The robot shown here is only one of three made for an exhibit that linked to robots in Latin America. When the Latin robots were on, the American robots rolled south. The skin of the robot is made of terracotta and the interior is a simple pendulum robot. LOCATION: Troy, New York PROGRAM: Robot CRITIC: Gustavo Crembil

The diagram on the previous page depicts the systems of the robotic sphere exploded to show the assembly process. The photos below and to the left show parts of the process of making the interior pendulum mechanism and slip-casting. In order to make the ceramic pieces of the sphere, we had to first pour the molds, then create then create the ceramic mixture. In all, we produced 240 terracotta modules to go into three robotic spheres.

The social neuroscience laboratory and youth science center re-purposes the old idiom â&#x20AC;&#x153;watch and learnâ&#x20AC;? to structure the relationship among the public users and professional scientists. The public program incorporates youth learning labs and social spaces that slide among and below the private program. This creates adjacencies that promote varying levels of visibility and observation between public users and social neurologists. Cuts are made in the form with to create social spaces for the public and private, and to allow daylight to reach the inner courtyard. LOCATION: Boston, MA

The Social Neuroscience Laboratory and Youth Science Center embraces the interdisciplinary in the emerging field of social neuroscience and its vital connection to the public. Through its materiality, programming, form, and relation to the site in the North End of Boston, MA this project connects the public and the private in a myriad of ways. The project performs at the macro, meso, and micro scales to address the community, the group, and the individual through the lens of social observation. LOCATION: Boston, MA

CONCEPT The overall mass is a tower for private labs and a horizontal loop for the public science center. A lean is applied to the tower to expose the public spaces, allow for daylighting, and provide sectional play in the atrium. The public spaces loop from the entrance of the site up into the tower. As this loop collides with the tower, it breaks apart and opens up to a tertiary condition where the public and the private meet. Enclosed vs. open spaces that cover programs from cafĂŠ to laboratory promote varying levels of visibility and observation between public users and professional scientists.

This project is an instance of a larger research initiative at CASE located in NYC to deploy green walls for different purposes. This particular case examined nutrition deserts in cities, and looked at different scales as a way to distribute food. At the scale of the food cart, a system was designed to grow and implement distribution of nutritious food, while simultaneously remediation the urban air quality. The wall system of shingled modules is currently under further development and study. LOCATION: New York, NY

PANEL GROWTH WITHIN A COMMISSARY BUILDING

During the summer, the

shingles open up to allow more airflow and light to the plants on them and inside of the cart. During the winter, they close up to

keep the interior plants safe. The shingles themselves are potters for larger plants like cabbages, while on the inside of the cart

In this course, we studied classic structural types and used their basic principles to design a small innovative structure. My team worked with shell structures, studying precedents from Candela. We parametrically generated our own shell form and then panelized and perforated it based on a genetics program linked to the stress conditions. More material was removed where less stress was on the structure, and less material was removed for a greater stress. The overall result was a small, fluffy structure designed for cats that revealed the how the structure was operating with its design.

assemblage process for each panel

The Mass(ive) Wall uses manipulation of section create an integrated system designed for urban areas of Phoenix, Arizona. The main goal of the design is to provide sanctuary from the heat and noise of the city. The cross section of each pyramid piece was parametrically designed to be at peak efficiency during variable times in the year, and to diffuse and reflect sound.

The colors of the pyramids

on the inside and outside contribute to cooling, and the experience of safety within the space created on the interior. LOCATION: Phoenix, AZ

This project aims to explore the notion of parametric design outside its high-tech industry, instead utilizing handcraft manufacturing through the development of an interlocking unit system of hand blown glass modules that provide complex aesthetic effects. The system was designed by exploring mathematical repetition that applies sinusoidal curvature, to develop a three-dimensional module locking unit. LOCATION: Milleville, NJ PROGRAM: Pavilion CRITIC: Gustavo Crembil

manipulates a sine wave in three dimensions. This allows for surface connection all around the piece, and variety of ways for it to be arranged. The diagram on the left shows the iterations the form went through, and the logic that was applied.

Incorporating traditional Latin American brick laying techniques coupled with the play between the site and building drives the design of this single-family house in Cordoba, Argentina.

The interior of the house has four

The brick domes are contained in a clean white box that has been curved to frame a nearby patch of trees. This makes a courtyard area in the center of the site, requested by the client to be an outdoor gallery space. The thick walls of the outer box are designed to assist in heating and cooling of the house in winter and summer months.

This exploded axon provides a clear visual of the different programmatic areas and their corresponding domes. Reading from left to right the order is as follows: live, eat, play, and work. This arrangement allows for a clear separation between living and working. The play dome is oriented towards the inner courtyard to allow for a more harmonious union between nature and built environment; as well as acting as a bridge between boundaries.

Half-square triangles have to be one of

The outcome is one simple foundation

the most versatile quilting blocks around.

block and that can be arranged in countless

in half diagonally from corner to corner,

to add a modern flair to this classic

different triangles together to make a square.

for a variety of colors and patterns to work

well together without being overwhelming. Sewing machine 70

The Bevatron was a particle accelerator

The site of the Bevatron was set above

interior logic of the Bevatron incorporated

enough away in case of an accident.

accelerators, and the structure established

many precedents on how they are built. Pen, vellum 72

ETC: BASE 65 Base Jumping Structure

Base 65 is a proposed base jumping structure

This wind load is ultimately what forms

designed for the Matterhorn in Switzerland. The

the shape of our structure, combined with

Matterhorn is the most recognized mountain

inspiration from the mountain. Material was

in Europe and is the birthplace of climbing.

removed to make the structure lightweight.

Due to the mountains isolated conditions and

The model shown in these pictures was load

tested, and the design was iterated. 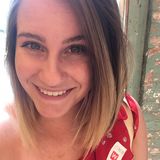