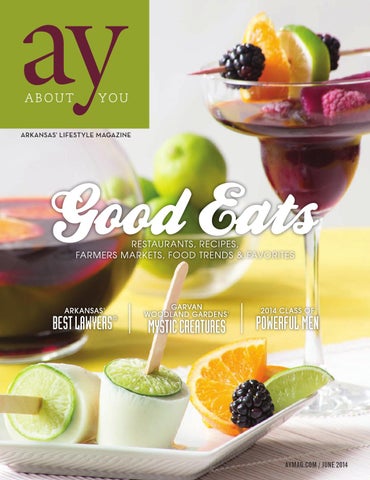 FOLLOW US THROUGH ARKANSAS WITH OUR EXCURSION SPOTLIGHT EVERY MONTH

Dog, for the obvious spelling similarity.

Ambitious. Hobby: I am an avid sports fan. Volunteer work: I have volunteered with United Cerebral Palsy and Big Brothers/Big Sisters. I’ve also designed birdhouses and doghouses for charity fundraisers. Who is your hero? I have many heroes; they are the people who have provided me with guidance both personally and professionally. What you love about what you do:

There are many things that I love about being an architect, but ultimately, helping our clients fulfill their dreams in built form is what I love most. What’s one fact about you that others would be surprised to know? My great-grandfather J.M. Futrell was the governor of Arkansas in the 1930s. His administration legalized gambling at Oaklawn Park in Hot Springs and Southland in West Memphis. As a child, I spent hours … dreaming about

Do you have a personal motto? To be successful, I believe it takes passion, hard work, and a little luck. What is left on your bucket list? Our firm has designed many custom homes for our clients, but No. 1 on my bucket list is to design a home for my family.

Do you have a personal motto? To be successful, I believe it takes passion, hard work, and a little luck. photography by Beth hall . 42 June 2014

im Maddox was 14 when served as a draftsman for his father. He worked as a computer-aided drafting technician for several firms before he followed in his father’s career footsteps. He received his bachelor’s degree from the Fay Jones School of Architecture at the University of Arkansas, graduated cum laude, and studied at the university’s Rome Study Center Design Studio in Italy. One of his professors, Tim de Noble, was sufficiently impressed with his skill to start a firm with Maddox after graduation. Today it’s deMx architecture in Fayetteville, and focuses on what he calls “vernacular modernism.” He’s licensed to practice in six states besides Arkansas. Maddox serves on the Fayetteville Construction Board of Adjustment and Appeals; Maddox has served as an officer in the state and northwest Arkansas chapters of the American Institute of Architects. This year, the AIA named Maddox one of 18 Young Architects of the Year from around the country.

at the then-new Coleman Dairy distribution facility in Pine Bluff at age 10.

Competitive. Hobby: Golf. Volunteer work: Chairman of the boards of the Jefferson Regional Medical Center and the Economic Development Corporation of Jefferson County. Who is your hero? My father. What you love about what you do:

Working closely with very fine people whose ideas lay the path of success for our company. What is the accomplishment you are most proud of? The success of my three

What’s one fact about you that others would be surprised to know? When I was

in high school and college, I had A LOT of hair.

Do you have a personal motto? “Carry the

To be active in the life of my 3-month-old grandson … and hopefully other grandchildren.

What’s one fact about you that others would be surprised to know? When I was in high school and college, I had A LOT of hair. photography by SARA EDWARDS NEAL . 44 June 2014

akris has been involved with one of the signal institutions of his home town of Pine Bluff — Simmons First National Corp. — since joining its board in 1997. He was named CEO this year. He earned a bachelor’s in business administration from Rhodes College and an MBA from the University of Arkansas. While he’d spent more than a decade as a bank director prior to Simmons, Makris has been president of M.K. Distributors, his family business, since 1985. Many other boards and commissions have benefitted from Makris’ leadership including: the Arts and Science Center of Southeast Arkansas; Greater Pine Bluff Chamber of Commerce; King Cotton Classic Basketball Tournament; Trinity Episcopal School; Wholesale Beer Distributors of Arkansas; University of Arkansas at Pine Bluff and University of Arkansas for Medical Sciences, among others. Makris and his wife, the former Deborah Kirkpatrick, live in Pine Bluff and are members of Trinity Episcopal Church.

is a nickname, but it’s all I’ve ever been called.

One word that describes you?

Fortunate. Hobby: I love old cars. Volunteer work: I’m a strong believer in the mission at Our House. Who is your hero? My nephew Rowdy. What you love about what you do:

I love the creativity. Mostly I love the people I work with. What is the accomplishment you are most proud of? The long friendships in my life that I have been able to keep over many years. What’s one fact about you that others would be surprised to know? I’ve never

As a child, I spent hours … watching movies

What’s left on your bucket list? I would like to take about three months and drive across Europe.

What is the accomplishment you are most proud of? The long friendships in my life that I have been able to keep over many years. photography by chach bursey . 50 June 2014

avidson, who attended high school in Chattanooga, Tenn., began his fashion career at Mr. Wick’s men’s store in Little Rock’s Heights neighborhood. He founded his first label, Normandy and Monroe, in 2000. The first piece of clothing he created? A windbreaker, and he still has it. Davidson’s “Southern design label,” as he envisioned it, catered to specialty stores as well as major retailers like Neiman Marcus. In fact, Norman and Monroe was featured by Neiman in the 2003 edition of “The Book,” and Saks Fifth Avenue in New York City included his designs in their Christmas window display that year. In 2005, Davidson launched Tre Vero nationwide through Dillard’s Department Stores; it’s carried at 120 of their locations. His newest label, Strong Suit Clothing, launched in specialty stores last fall. He’s lost count of how many designs he’s come up with over the years. His grandfather was the architect Julian Davidson of the Little Rock firm Wittenberg, Deloney and Davidson; he lives in his grandparents’ home — designed by his grandfather.

Hometown: Cedar Rapids, Iowa … but “when I was old enough to make decisions, I moved to Arkansas.” First job: Paperboy for the Cedar

Determined. HobbY: I like bicycling our trails; I inherited some interest in antiques from my father; and my wife may disagree, but also home repair. Volunteer work: A member of Heights Neighborhood Association and the Rotary Club of Little Rock, and served on the board of the Arkansas Repertory Theater. I am a past president of the Quapaw Quarter Association and the Historic Building Alliance of Arkansas. I’ve also worked with Big Brothers/Big Sisters. Who is your hero? John F. Kennedy, Harry Truman and Davy Crockett. What is the accomplishment you are most proud of? The current renovation of Main Street in Little Rock and the lighting of the Arkansas River bridges. What’s one fact about you others would be surprised to know? I’ve performed at the Arkansas Repertory Theater, and I played rugby for 30 years.

As a child I spent hours ... playing with cowboy

and Indian figures around a huge oak tree.

Do you have a personal motto? If at first you

Who is your hero? John F. Kennedy, Harry Truman and Davy Crockett.

ark Stodola has been mayor of Little Rock since 2007 and is serving his second term. He and his wife Jo Ellen have three children: daughter Allison and twin sons Robert and John Mark. A lawyer by trade, his J.D. is from the University of Arkansas — he previously worked as a lawyer in private practice, prosecuting attorney and Little Rock’s city attorney. He also holds bachelor’s degrees in political science and journalism from the University of Iowa. Stodola serves on the U.S. Conference of Mayors as vice chair of its Task Force on Immigration Reform. Stodola’s focus has included public safety, economic development, and improving infrastructure. Stodola has also promoted the revitalization of Little Rock’s Main Street, resulting in the city receiving a Greening of America’s Capitals grant from the Environmental Protection Agency and an Our Town grant from the National Endowment for the Arts for the creation of an arts district in the heart of downtown Little Rock. 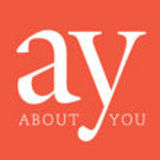 This month’s issue features food, glorious food — whether prepared with training from the finest institutes in the nation or with the greate...

This month’s issue features food, glorious food — whether prepared with training from the finest institutes in the nation or with the greate...