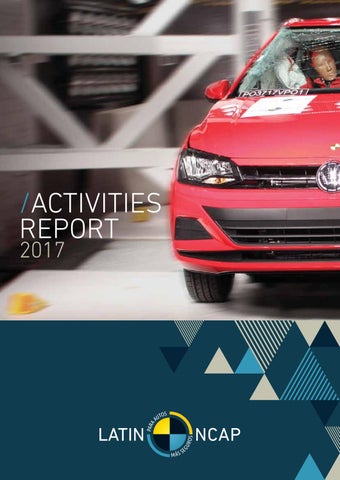 Since 2010 Latin NCAP has been working in Latin America and the Caribbean to raise consumer awareness about vehicles safety in the region. Latin NCAPâ&amp;#x20AC;&amp;#x2122;s work has changed the regional market and started to accelerate improvements in the last two years, earlier and beyond any governmental requirements. Although Latin NCAP has limited funds, almost 60% of sales volume in the largest markets has been covered by our testing in five years. Considering the latest results, Latin NCAP tested at least two thirds of the top 30 selling models in Brazil in 2017. This is a major achievement for an organisation like Latin NCAP with all of the funding it receives coming from outside our region. Thanks to this, Latin NCAP has become a trusted source of independent reference for consumers and to media. The great results of the hard work became more relevant when massive sale models started to be improved as a consequence of Latin NCAPâ&amp;#x20AC;&amp;#x2122;s publications and when very popular cars are being launched with safety levels above government regulations. The organizationâ&amp;#x20AC;&amp;#x2122;s understanding is that all this happens because the market is reacting, consumers are more informed, media is informing better, and buyers such as fleet managers or individual buyers are asking for better safety without having to pay more. The power of individual consumers as well as fleets managers are shaping the market. We make a call to keep pushing in this direction and to all those who have not yet joined the push for safer cars we call them to join our efforts. Insurance companies can offer incentives for those models with 4 and 5 star ratings, fleet managers, private and from government agencies can announce with 1 year in advance the purchase of only four and five star models, key stakeholders inside the car manufacturers can lead the market with voluntary improvements in safety beyond governmental requirements and earlier. We call you to push for safer cars as a social responsibility, as a way to transfer a basic human value, to benefit the whole society. Latin NCAP is committed to bring even more efforts to democratize safety, Latin Americans should not pay more for basic safety features offered in developed markets at even lower prices than in our region. Join us!

Stop The Crash On March 10 Latin NCAP co-hosted together with the Uruguayan Road Safety Agency (UNASEV) a Stop the Crash event in Montevideo, Uruguay where ESC demonstrations were developed. The event received very good media attention, all local TV channels were there and many national authorities participated, including the Vice President of Uruguay, Raul Sendic.

Road Safety Regional Workshop On March 13 and 14 Latin NCAP participated of the Latin America and the Caribbean Road Safety Regional Workshop in Buenos Aires Argentina, hosted by the Ministry of Transport of Argentina and the National Road Safety Agency of Argentina and co-organized by the United Nations Economic Commission for Europe (UNECE), United Nations Economic Commission for Latin America and the Caribbean (ECLAC), and Inter-American Development Bank (IADB).

New Test Results On March 15 Latin NCAP introduced the first crash tests results of the year. The Volkswagen Golf VII achieved five stars for adult occupant and child occupant protection and a Latin NCAP Advanced Award for the AEB system as optional. The Seat Ateca also reached five stars for adult and child occupant protection and earned two Latin NCAP Advanced Awards, one for AEB system as optional and one for pedestrian protection.

Stop The Crash On May 9 Latin NCAP co-hosted together with the Uruguayan Road Safety Agency (UNASEV) a Stop the Crash event in Montevideo, Uruguay where AEB and ABS for motorcycles demonstrations were developed. The event received very good media attention, all local TV channels where there.

New Test Results On June 7 Latin NCAP introduced one new crash test result. The Renault Captur, manufactured in Brazil achieved a solid four star performance for adult occupant protection and three stars in child occupant protection. The presentation of this result was done online on Latin NCAPâ&amp;#x20AC;&amp;#x2122;s website and alongside with the 25th International Conference on the Enhanced Safety of Vehicles in Detroit, USA.

Stop The Crash On August 16 Latin NCAP co-hosted together with Global NCAP and PARAR Institute (Brazilian Fleet association) a Stop the Crash event for the fleet staff from automotive companies in Sao Paulo, Brazil. In this event there were ESC demonstrations, AEB demonstrations and ABS for motorcycles.

Conferences in Brazil On November 8 Latin NCAP participated as a speaker at the Car Body SAE Conference and on November 9 Latin NCAP made a presentation during the Global Conference of PARAR (Brazilian Fleet association) both in Sao Paulo, Brazil.

UN Workshop On November 14 and 15 the FIA, the Touring and Automóvil Club de Colombia (ACC) organised a capacity-building workshop on the United Nations Road Safety Conventions in Bogota, Colombia. Latin NCAP participated as one of the main speakers of the workshop.

During 2017 Latin NCAP achieved constant media impact throughout the region, issuing 12 press releases. The programme got vast international coverage of some of the most important media outlets worldwide. The development of the Media Day was key to achieve outstanding reports. 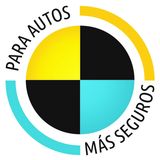