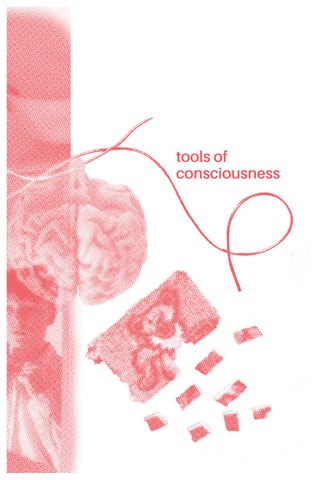 ARE A CLASS OF PSYCHOACTIVE SUBSTANCES THAT PRODUCE CHANGES IN PERCEPTION, MOOD, AND COGNITIVEÂ PROCESS.

LSD is one of the most commonÂ psychedelics.

â&amp;#x20AC;&amp;#x153;As I strolled through the freshly greened woods filled with bird song and lit up by the morning sun, all at once everything appeared in an uncommonly clear light,â&amp;#x20AC;?

ALBERT MANN the father of LSD His studies of ergot, a rye fungus, and its various active compounds, led to the creation of several lysergic acid compounds, and his 25th attempt was aptly named LSD-25. “I had planned the synthesis of this compound with the intention of obtaining a circulatory and respiratory stimulant,” Hofmann wrote in his book. “The new substance, however, aroused no

special interest in our pharmacologists and physicians; testing was therefore discontinued.” Five years passed, and LSD-25 sat on the shelf. Hofmann continued his work but he couldn’t shake the feeling that LSD-25 may have other properties that were missed in the initial testing. On a hunch, he re-synthesized it on April 16th, 1943. In the lab that day, he

accidentally absorbed around 20 micrograms of LSD-25 in his skin and recorded in his journal that he had a remarkable experience, one he could only connect to the substance.

IDENTITY THREAT When our self-concepts are disaffirmed by others, it can result in what social psychologists call â&amp;#x20AC;&amp;#x153;identity threat.â&amp;#x20AC;? Identity threat can result in negative coping behavior such as substance use, selfisolation, and seeking out affirmation in unhealthy ways. When transgender people face constant identity threat through violence, discrimination, and microaggressions, the trauma of such experiences leads to hypervigilance, distrust of others, and avoidance behavior, including avoidance of physical and mental healthcare.

+ PSYCHE DELICS Psychedelic therapy can reduce identity threat and decrease its negative impact by allowing the client to heal and release internalized transphobia. According to the theory, we can improve health outcomes for transgender people by increasing access to gender affirmation and/ or reducing the need for gender affirmation

from others, thereby decreasing identity threat. Psychedelic therapy has the potential to do both.

For trans and gender diverse people who describe experiences of feeling like an outsider â&amp;#x20AC;&amp;#x201D;

â&amp;#x20AC;&amp;#x201D; these medicines may provide a pathway for reconnecting with oneself and others.

with their body and self-compassion, they often come away with a visceral understanding that true affirmation must first come from within. source: Multidisciplinary Association for Psychedelic Studies

“We find ourselves in an expanded state of consciousness that deepens our experience of self-love. A lot of times, these revelations about our identity are not completely unknown to us, it’s just that we live in a society that’s unsupportive,”

says Goldpaugh. “It’s a scary thing to make changes or ask people to see you in a new way. Psychedelics give us this momentary pause on self-doubt so we can emerge with a choice.” -Dee Dee Goldpaugh source: DoubleBlind Magazine

Why am I putting myself in these boxes for other peopleâ&amp;#x20AC;&amp;#x2122;s sake?

â&amp;#x20AC;&amp;#x201D; I was faced with new experiences andÂ challenges that left me to wonder...

Growing up in a place where diverse representation is lacking, following the status quo was so natural. Things were just... how they were.

Children are often excused from adhering to societal norms for quiteÂ some time. Expressing masculinly was instinctual forÂ me.

expanding awareness beyond the ego

Exploring relationships with identity and psychedelics. A two-part zine informing the reader about the beneficial uses of psychedelics in terms of understanding one's identity. 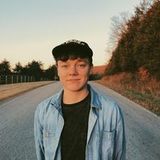