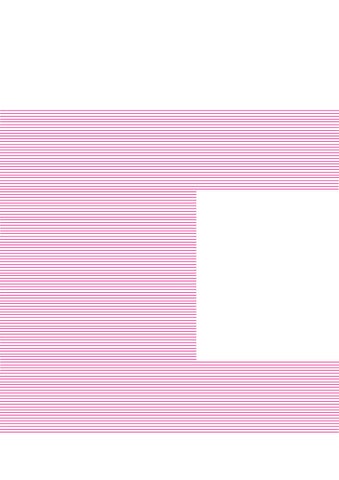 Yolanda Ross, our tennis player, is in a lethal game againts the crystal installation in front of her. Helped by a ball machine, the objective of the player is to give an end during the performancematch to the great and fragile glass framework. The difficulty comes with the exaggerated chamaleon mask that the tennis player barely endure, resulting in a clumsy and ridiculous game, and at the same time, full of complex rituals, seduction and deceive geometrically calculated.

The scene is developed under a cold light, hard and cold as the narrator voice. The stage, raised like a tennis court of green carpet, is in force and it articulates by the disposition of its lines, slightly finer than in a conventional court. This is appears frontally; the net divides with pride a symmetrically perfect space. Blatantly artificial. Behind that, it is placed the Umpire, storyteller of the firs act. His attire, of an immaculate black, merges it with the back of the stage that appears in absorbent penumbra. Rigorously trim and over-elevated by its chair of chairjudge. White :- Tennis is a triangulation exercise. Red :- Tennis is an exercise of domination and submission. (Silence) Umpire: Red fifteen White love Red is the rival of White, its negative. The point to the return service has gained him. Incredulous, White directs its great head masked towards Umpire. The glances are supported each other during five eternal seconds, and as was logical, this falls by his own weight. The clothing that both players dress are the own ones for the occasion. Individual mini skirts are fitted on torrid hairy legs, taking off of the ground thanks to pretty sport trainers and small socks, of which the tennis players shine. T-shirts complete their peculiar attire. The synchronization in the work uniform sees defeat by a small shade, one is red (Red) whereas the other is white (White). For the rest they completely one, nobody could make a distinction between them. White (Adopting a more aggressive attitude and trying to give an effect blow): - Tennis is thing of queers. (1) Umpire (Shouting quickly): OUT. (In a more calmed tone): Second service. White:- Tennis is an effeminate sport. (2) Red (With mocking attempt and certain cynicism):- Tennis escapes to so primitive proposals. What sense can have the coarse raised generic fact after the butlerians contributions to the subject.

Red also thinks that tennis is thing of queers, of queers and lesbians, but it must gain the point. Umpire: Red thirty White love No longer so incredulous, White direct again its great head masked towards Umpire. The glances are supported each other during five not so eternal seconds, and like it was logical, this returns to fall by his own weight. You will be asked that why the heads fall. White and Red carry spectacular masks that cover their heads completely. The housing-prothesis integral reaches such dimensions, that they feel forwards more comfortable inclining the heads. By the way, these representpresent/display the form of the head of a chameleon. An enormous head of vulgar chameleon. Great, enormous eyes self-articulated to each side of the head, foretell a spherical control of their immediate surroundings. Their conical forms, take off the eyes of their point of starting through an infinite saurian texture, turning them into vulnerable equipment at the same time as. The closed mouth. So that flies do not enter. White:- Tennis is a subject of balls. Red:- Tennis consists of putting the balls in. (Unwarranted silence) Umpire: Red forty White love This time, White nor so at least tries to raise its great head of chameleon. Umpire: Triple break point White is incapable to control the implacable attacks of its opponent. Predicting the imminent rupture of serve, it tries to give to a little his own medicine to Red, making use of the appeal to the rest of the first point played in the game.

White (With a mixture of pride and fear):- Tennis is a sport of domination and submission. (Warranted silence) Umpire dude before the legality of this offensive meta-defensive. In an attempt of impartiality, he gives it by good. Red, incredulous, directs its great head masked towards Umpire. The glances are supported each other during five eternal seconds, and as was logical, this falls by his own weight. The legality in the Whiteâ&amp;#x20AC;&amp;#x2122;s maneuver, and the fixed resolution of the game, makes that our Red - loaded of certain distrust- it enunciates the magical words that glorify to him Red (Triumphant):- Red is the dominant one, White is the submissive. Umpire (Without thinking, as if it knew clearly the victory of Red before hearing what had to say):- Game blank for Red. White does not say anything. It assumes his predictable defeat. Red get ready to complete its triumph. Taking the hands to the back of the great head of chameleon, it takes the mask. Under this, as we supposed, is another great mask with form of chameleon head. No longer it is as great as the primitive one. This allows him to watch a little higher. 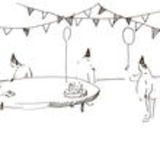