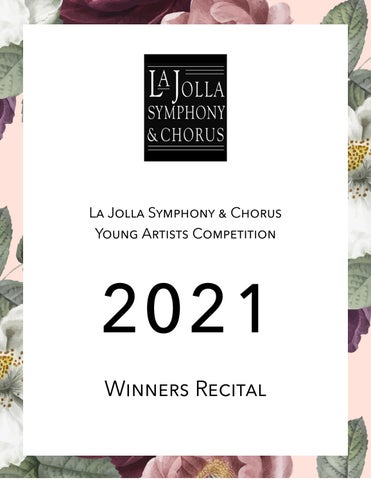 Daniel Mobbs American bass-baritone Daniel Mobbs has won praise on both sides of the Atlantic for his “solid, resonant voice and boundless energy…his stage presence virtually ensured that he was the focal point of nearly every scene in which he appeared,” as written in the New York Times. During the 2018-2019 season, Mr. Mobbs returned to Portland Opera as Baron Douphol in La traviata. Original engagements during the COVID-19 shortened 2019-2020 season include a return to Portland Opera in the title role of their production of Bajazet, and in their Big Night Concert in the spring of 2020. The previous season saw his return to Kentucky Opera as the Music Master in Ariadne auf Naxos, the Metropolitan Opera as Kromow in The Merry Widow and to cover Assur in Semiramide, Portland Opera as Alidoro in La cenerentola, and he joined both Symphoria and the Bryan Symphony Orchestra for Verdi’s Requiem.

Mr. Mobbs is on the voice faculty at the University of Portland and Portland State University.

Ann Moss Soprano Ann Moss is an acclaimed recording artist, a passionate teaching artist, and a champion of contemporary vocal music premiering over two hundred new works, the lion’s share of which have been composed for her. Often described as a "fearless performer” of some of the most challenging music of our time, Ann collaborates with a dynamic array of composers such as Jake Heggie, Kaija Saariaho, John Harbison and Aaron Jay Kernis, while eagerly seeking out new music by emerging and under-represented voices around the country. Ann’s artistic mission is to lift up contemporary vocal literature to serve as narrative for the hard to speak about issues of our times. She has released two portrait albums, both produced by multi-GRAMMY® award winner Leslie Ann Jones, and can be heard on releases from Angels Share Records, Albany Records, ARSIS Audio, Navona Records, Naxos Records, Ravello Records and Jaded Ibis Productions. Ann has been a featured soloist with ensembles including San Francisco Symphony, SF Chamber Orchestra, Orchestra Without Borders, Bay Area Rainbow Symphony and many more. She is a newly-elected Governor of the SF Chapter of the Recording Academy, and shares the organization’s commitment to promoting diversity & inclusion, advocating for creators rights, protecting musicians in need, and saving music in our schools. A native of Boston and a graduate of Hampshire College, the Longy School of Music of Bard College, and San Francisco Conservatory, she resides in Sacramento, CA with her husband, jazz violinist / classical violist Justin Ouellet.

Daniel Vnukowski Hailed as “a pianist to watch” by New York Classical Review and “a dashing pianist” by The Sunday Times, Polish-Canadian pianist Daniel Vnukowski (pronounced Vnoo-koff’-skee) has performed throughout Europe, North America, South America and Asia in prestigious concert halls. Dedicated to giving back to the country that nurtured him as an artist, Vnukowski founded “Piano Six – New Generation” to perform outreach concerts for remote communities in Canada and the “Collingwood Summer Music Festival”. During the Covid-19 crisis, Vnukowski’s virtual live streaming project from home has made waves internationally, reaching over half a million viewers. The livestreams have been endorsed by Fazioli Pianoforte and featured on NPR Radio, Classical FM, Ludwig Van Toronto and BBC Music Magazine playlists. The music of interwar Jewish composers also occupies a special place in Mr. Vnukowski’s repertoire and during 2019 he continued to focus on the music of Karol Rathaus, performing the composer’s Piano Concerto with The Orchestra Now conducted by Leon Botstein, as part of a Rathaus Festival presented by the Copland School of Music at Queens College; made his sold-out Carnegie Hall recital debut in a program that included the composer’s Piano Sonata No. 3, Op. 20; and released an all-Rathaus recording of solo piano music on the Toccata label. Mr. Vnukowski will be featured in a documentary on Rathaus produced by Lev Deych & Michael Haas.

Annabelle Terbetski has been playing the viola for over 25 years. She studied at Ithaca College where she earned a Bachelors in Music Education and Viola Performance and went on to receive a Masters in Viola Performance from Florida State University. A passionate chamber musician, Annabelle has been a member of the Escalante Quartet, Eppes Quartet, Aidan String Quartet, and Quartet Nouveau. She also attended the prestigious Chamber Music Program at Kent State University and earned a Master’s in Chamber Music. Annabelle has played with the Youngstown Symphony, Tallahassee Symphony, Fresno Philharmonic, San Diego Symphony, and the California Chamber Orchestra. Notable recent performances include Pierre Boulez’s Le Marteau sans Maitre and San Diego New Music’s SoundON Festival. Faculty at Point Loma Nazarene University, Annabelle is a sought after violin and viola pedagogue with a studio of over 15 students. She also coaches viola sectionals at Mira Mesa High School and helps organize the San Diego ViolaFest.

Working Woman, All I Have Songs from Letters Libby Larsen

A Special Thank You to our Donors! 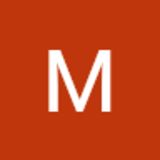