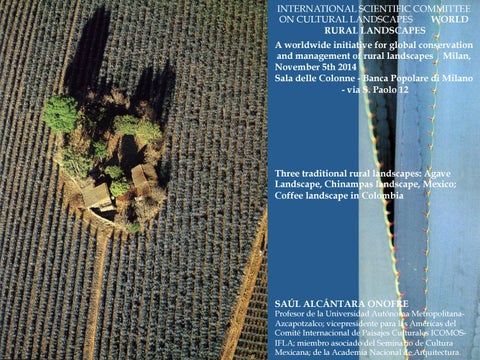 Ancients mexicans were accustomed to cooking the agave in earth ovens to obtain mexcalli or mezcal, which was one of the sorces of sugar or sweet. Mezcal is a Nahuatl word that comes from mexcallimetl or metl agave grows. This word was lost in the highlands of Mexica â&amp;#x20AC;&amp;#x201C; Aztec empire, and was replaced by maguey

Today the territory is characterized by the traditional mezcal plantations, which stretched from the slope of the Tequila volcano to the canyon of the Río Grnde de Santiago. Photos Saúl Alcántara

The haciendas were established, and still exist, on the banks of the river that runs through the town of tequila

Via the old distilleries and haciendas the techniques and production methods of tequila remain. The ovens for cooking the agave heart and the tubs used for fermenting the juice are pre-hispanic techniques. Photos Michael Calderwood y SaĂşl AlcĂĄntara.

The landscape features warm temperate climate, the soil is stony and poor in nutrients and moisture, optimum conditions for growing the Agave tequilana Weber, blue, a native plant in the region that centuries has been domesticate by humans and produces spectacular scenic landscapes. Photos Michael Calderwood.

The communities of farmers and producers of agave tequila have protected and optimally managed agricultural and cultural resources of the area via customs and traditions. SaĂşl AlcĂĄntara

Tequila became highly demanded in recent years, but the agave is a plant of slow maturation. Photos SaĂşl AlcĂĄntara

Itâ&amp;#x20AC;&amp;#x2122;s a risk to the fragile ecosystem of the agave landscape that major companies are designing a route seeking for production to rise again, that in two or three years the territory shall provide increased agave harvesting. Photos SaĂşl AlcĂĄntara

Codex Azcatitlan, stay and defeat the Mexicans at Chapultepec. The glyph on the left represents a floating island with a cornfield, a wall and a flower with a woman.

Map of maguey. This codex plays one part of the city of Mexico, one can see houses, primary and secondary channels, springs and chinampas.

The chinampas landscape of Xochimilco was consolidate prior to the arrival of the Spaniards en the 16th century. Ancient Mexicans coexisted in an extraordinary manner with lakes, staking out small portions of shallow lake beds to create islands for the purpose of growing vegetables and flowers.

Layout and construction of chinampas, according to the chroniclers of the sixteenth century. Drawings Saul Alcantara.

Etching French 1765 showing that there were still floating chinampas.

A mid-nineteenth century Mexico City is already on land, yet the lake scenery is perceived in the engravings of Rivera Cambas.

Construction of nursery, cultivation and transport chinampa Xochimilco are performed as in ancient times. Photos of Saul Alcantara. 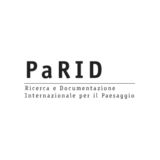