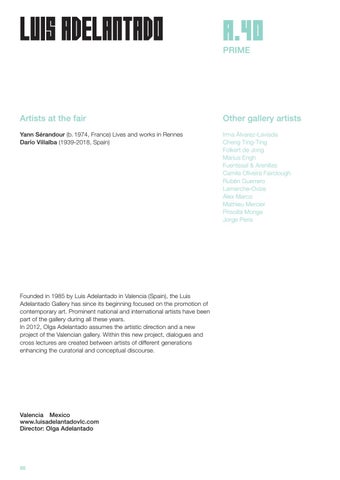 Founded in 1985 by Luis Adelantado in Valencia (Spain), the Luis Adelantado Gallery has since its beginning focused on the promotion of contemporary art. Prominent national and international artists have been part of the gallery during all these years. In 2012, Olga Adelantado assumes the artistic direction and a new project of the Valencian gallery. Within this new project, dialogues and cross lectures are created between artists of different generations enhancing the curatorial and conceptual discourse.