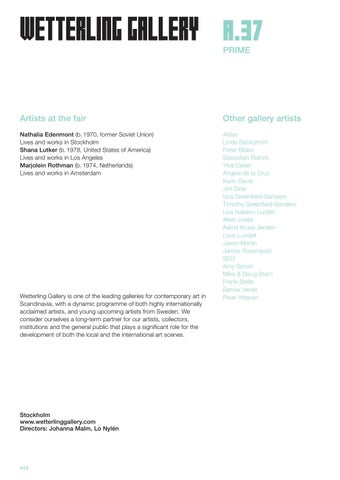 Wetterling Gallery is one of the leading galleries for contemporary art in Scandinavia, with a dynamic programme of both highly internationally acclaimed artists, and young upcoming artists from Sweden. We consider ourselves a long-term partner for our artists, collectors, institutions and the general public that plays a significant role for the development of both the local and the international art scenes.