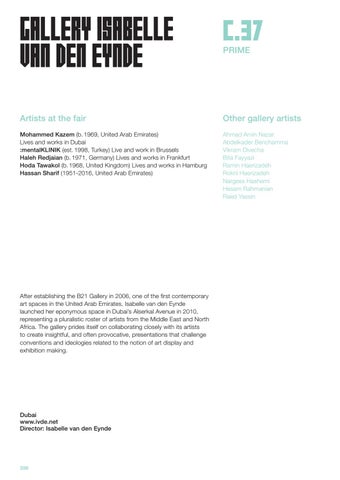 After establishing the B21 Gallery in 2006, one of the first contemporary art spaces in the United Arab Emirates, Isabelle van den Eynde launched her eponymous space in Dubai’s Alserkal Avenue in 2010, representing a pluralistic roster of artists from the Middle East and North Africa. The gallery prides itself on collaborating closely with its artists to create insightful, and often provocative, presentations that challenge conventions and ideologies related to the notion of art display and exhibition making.