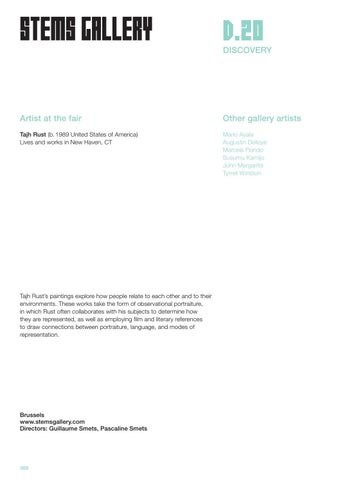 Tajh Rustâ&#x20AC;&#x2122;s paintings explore how people relate to each other and to their environments. These works take the form of observational portraiture, in which Rust often collaborates with his subjects to determine how they are represented, as well as employing film and literary references to draw connections between portraiture, language, and modes of representation.