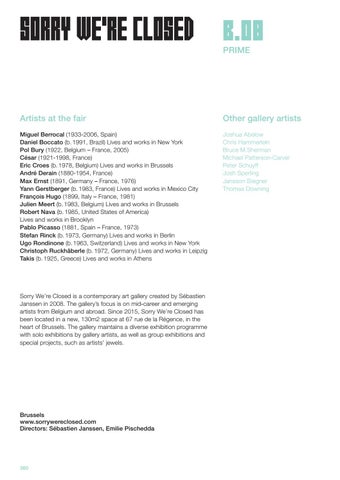 Sorry We’re Closed is a contemporary art gallery created by Sébastien Janssen in 2008. The gallery’s focus is on mid-career and emerging artists from Belgium and abroad. Since 2015, Sorry We’re Closed has been located in a new, 130m2 space at 67 rue de la Régence, in the heart of Brussels. The gallery maintains a diverse exhibition programme with solo exhibitions by gallery artists, as well as group exhibitions and special projects, such as artists’ jewels.