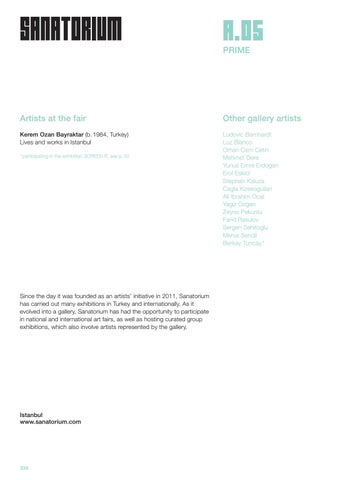 Kerem Ozan Bayraktar (b. 1984, Turkey) Lives and works in Istanbul

* participating in the exhibition SCREEN IT, see p. 52