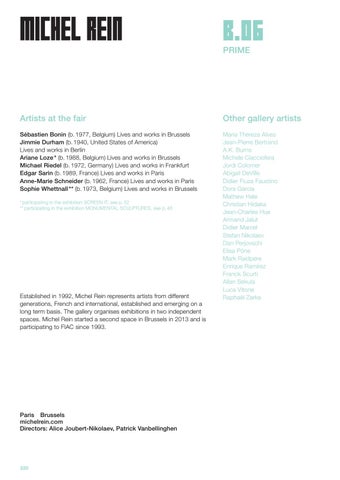 Established in 1992, Michel Rein represents artists from different generations, French and international, established and emerging on a long term basis. The gallery organises exhibitions in two independent spaces. Michel Rein started a second space in Brussels in 2013 and is participating to FIAC since 1993.