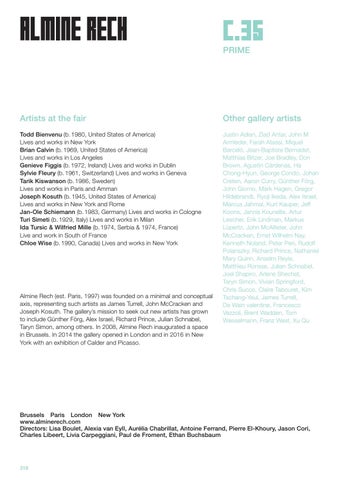 Almine Rech (est. Paris, 1997) was founded on a minimal and conceptual axis, representing such artists as James Turrell, John McCracken and Joseph Kosuth. The gallery’s mission to seek out new artists has grown to include Günther Förg, Alex Israel, Richard Prince, Julian Schnabel, Taryn Simon, among others. In 2008, Almine Rech inaugurated a space in Brussels. In 2014 the gallery opened in London and in 2016 in New York with an exhibition of Calder and Picasso.