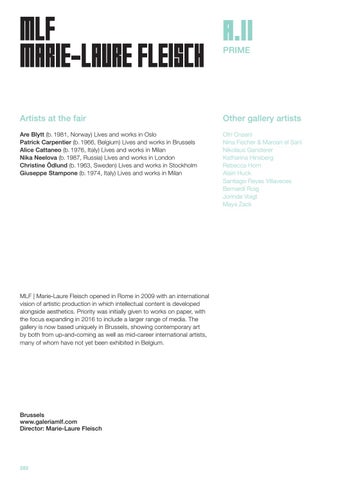 MLF | Marie-Laure Fleisch opened in Rome in 2009 with an international vision of artistic production in which intellectual content is developed alongside aesthetics. Priority was initially given to works on paper, with the focus expanding in 2016 to include a larger range of media. The gallery is now based uniquely in Brussels, showing contemporary art by both from up-and-coming as well as mid-career international artists, many of whom have not yet been exhibited in Belgium.