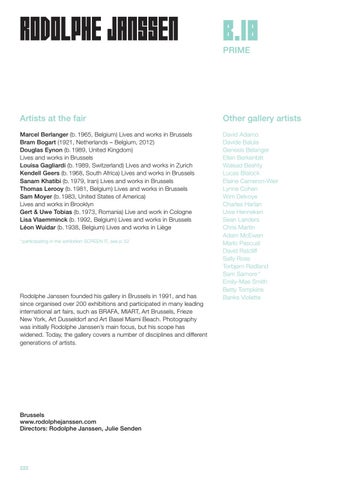 * participating in the exhibition SCREEN IT, see p. 52

Rodolphe Janssen founded his gallery in Brussels in 1991, and has since organised over 200 exhibitions and participated in many leading international art fairs, such as BRAFA, MIART, Art Brussels, Frieze New York, Art Dusseldorf and Art Basel Miami Beach. Photography was initially Rodolphe Janssen’s main focus, but his scope has widened. Today, the gallery covers a number of disciplines and different generations of artists.