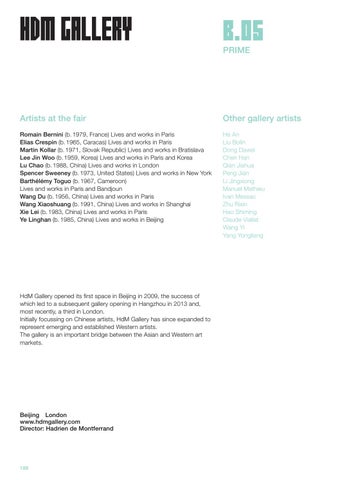 HdM Gallery opened its first space in Beijing in 2009, the success of which led to a subsequent gallery opening in Hangzhou in 2013 and, most recently, a third in London. Initially focussing on Chinese artists, HdM Gallery has since expanded to represent emerging and established Western artists. The gallery is an important bridge between the Asian and Western art markets.