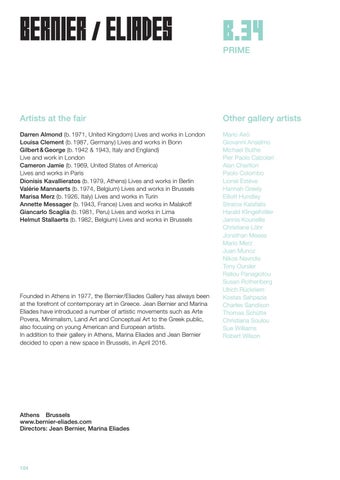 Founded in Athens in 1977, the Bernier/Eliades Gallery has always been at the forefront of contemporary art in Greece. Jean Bernier and Marina Eliades have introduced a number of artistic movements such as Arte Povera, Minimalism, Land Art and Conceptual Art to the Greek public, also focusing on young American and European artists. In addition to their gallery in Athens, Marina Eliades and Jean Bernier decided to open a new space in Brussels, in April 2016.