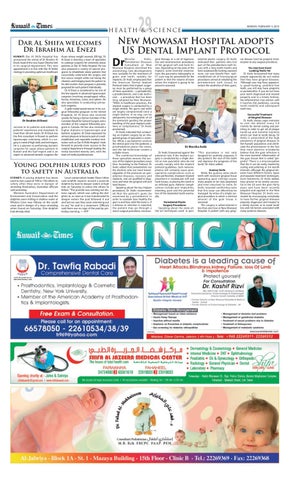 Dr Ibrahim Al Enezi services to its patients and enhancing patients’ experience and standards to meet their utmost needs. Dr Al Enezi was the first consultant in Kuwait to perform laparoscopic colectomy, which is a surgery in need of high skills and techniques. He is a pioneer in performing bariatric surgeries for super obese patients in Kuwait and the Gulf region and is an expert in advanced bariatric surgeries (for

those whose weight exceeds 200 kg). Dr Al Enezi is directing a team of specialists to undergo surgeries for extremely obese patients at Dar Al Shifa Hospital. He has also prepared a variety of special programs to rehabilitate obese patients that successfully underwent the surgery and lost excess weight while not losing the vitamins and bringing back the patient to his diet routine. Each program is precisely prepared for each patient individually. Dr Al Enezi is considered to be one of the few experts in advanced laparoscopic surgeries involving oesophageal reflux, hernia, intestines, colon, and spleen. He also specializes in conducting tummytuck surgeries. A gold medal award-winner in his surgical fellowship program in the United Kingdom, Dr Al Enezi also received awards for being a former member of the Canadian Board for General Surgery and a member of the surgical fellowship program in Canada. He has also received a higher diploma in laparoscopic and bariatric surgeries. Dr Enezi expressed his utmost pleasure to become part of a wellestablished and reputable medical institution such as Dar Al Shifa Hospital. I look forward to provide more success to the surgical department through leading the newly launched obesity unit, with the team of medical professionals.

Young dolphin lures pod to safety in Australia SYDNEY: A young dolphin has been used to lure a pod of 100 to 150 others to safety after they were in danger of stranding themselves, Australian officials said yesterday. Western Australia’s Department of Environment and Conservation said the dolphins were milling in shallow water at Whalers Cove near Albany on the south coast and in danger of a mass stranding when found on Saturday. One dolphin had already died.

Local conservation leader Deon Utber said wildlife experts moved a juvenile dolphin by boat to deeper waters at high tide on Saturday to entice the others to follow. “The juvenile was sending out distress signals, which was calling the dolphins in, as soon as it was translocated to deeper waters the pod followed it out and last we saw they were swimming out to sea,” he said in a statement. Officials said there was no sign of the pod by yesterday morning. — AFP

Mersiha Avdic, Periodontal Diseases Consultant at New Mowasat Hospital, described the astonishing, new developments now available for the treatment of gums and teeth, notably for implants. Dr Avdic emphasized that the American Dental Implant Protocol states that implant surgeries must be performed by a group of three specialists - a periodontist, a prosthodontist, and a lab technician - a procedure that has been long adopted by New Mowasat. “While in healthcare practices, the implant surgery is conducted by a single dentist, the gums and teeth are largely compromised since a single dentist, in no way, can be adequately knowledgeable of all the protocols guiding the proper handling of the post-implant problems or complications.” Dr Avdic proclaimed. Dr Avdic indicated that conducting an implant surgery by an integrated group of specialists is essential. While a periodontist anchors the dental post into the jawbone, a prosthodontist places the crown, and the lab technician creates a suitable crown. The combined knowledge of these specialists ensures the success of the implant procedure every time. According to the Protocol, Dr Avdic added that periodontists are the dentists who are most knowledgeable of the protocols on periodontal diseases, recovery and implants, and are qualified to diagnose and treat the gingival soft and hard tissues. Speaking about the key implant procedures, Dr. Avdic recommended that the patient’s gums be examined by a periodontist in order to evaluate how healthy the gum is and how solid the bone is. If a disease or infection is reported, the patient may go through a minor surgical procedure, microsur-

gical therapy, or a set of regenerative and reconstructive procedures of the gingival soft and hard tissues. Depending on the zone of the implant, some essential examinations like panorama radiography or CT scan may be prescribed for the patient so that the volume of bone where the implant is going to be placed is assessed.

Dr Mersiha Avdic Dr Avdic forewarned against the potential risks if the implant surgery is conducted by a single dentist or non-specialists who do not usually comply with the implant protocol guidelines. Such noncompliance will certainly cause postoperative complications such as sinus perforation, improper implant placement in inadequate soft and hard tissues, or placing the tooth in an infected gum. Adverse complications include peri implantitis, bleeding, pain and the potential loss of the implanted tooth eventually. Periodontal Plastic Surgery Procedures Speaking about the state-ofthe-art techniques used in peri-

“ This procedure is not only designed for aesthetic purposes, it also protects the root of the tooth and improves the prognosis of the tooth,” Dr. Advic added. Gummy Smile While the gummy smile (short teeth with excessive gingival tissue appearing upon smiling) causes many people to be truly perplexed and even reluctant to smile, Dr Avdic revealed comforting news that this issue can effectively be managed by virtue of a simple surgical procedure in which a minimal amount of the gum tissue is removed. The surgery is administered in less than one hour at New Mowasat Hospital. A patient with any gingi-

val disease must be properly treated prior to any surgical procedure. You may have Good Looking Teeth; Yet Dr Avdic forewarned that many people apparently do not realize that they have gingival diseases. “Although you may have apparently good-looking, problem-free teeth, you still may have gingivitis or periodontitis. If you do not have your teeth diagnosed and treated properly and in a timely fashion, the inflammation may worsen until it touches the jawbones, causing tooth mobility and subsequent tooth loss. Successful Treatment of Gingival Diseases Dr Avdic always urges everyone to visit the dentist every 3-4 months for dental scaling and polishing in order to get rid of plaque build-up and harmful bacteria which can lead to tooth decay. Dr Avdic is astonished of the high prevalence of gingival diseases in the Kuwaiti population and attributed the phenomenon to the fact that most dentists mistakenly believe that the gum infection is the mere bacterial inflammation of the gum tissues that is called “gingivitis”. There is a misconception that this h can be easily treated by scaling and polishing at 3-4 month intervals; although the gingival diseases have different factors, types and separate treatment techniques. Such treatments, Dr Avdic added, have proven to be widely successful in the US over the past thirty years and have been recently adopted and applied in the New Mowasat Hospital. Dr Avdic concluded by encouraging everybody to have his/her gingival diseases properly diagnosed and treated in a timely manner as to avoid tooth loss and risk factors associated with many systemic diseases. 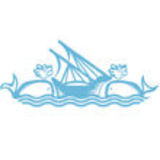