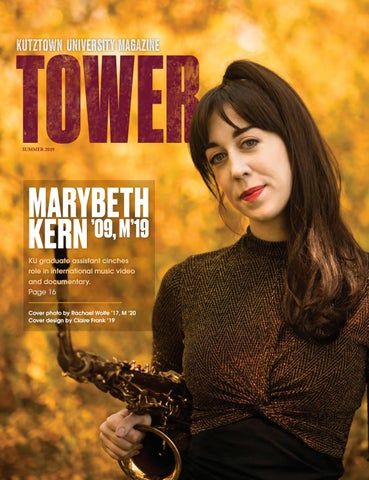 Marybeth Kern ’09, M’19 recently secured a spot as a featured artist in GRAMMY-nominated rapper Logic’s groundbreaking music video, you won’t see her vying to become a contestant on “America’s Got Talent.” This KU grad student is all about collaboration.

a song, and built it up from there. I received a call

mentalist and composer, Marybeth Kern is a triple

about my availability because they wanted to bring

threat who can play the flute, saxophone and clarinet,

selected musicians to listen to the track in Los

and believes that creativity and collaboration, not

Angeles. When we got to L.A. they surprised us!

competition, form the foundation of the most

today, and they were using Logic’s videographer, Andy Hines.”

Along with appearing in the “Do What You Love”

multiple people: their ideas, their creativity, and the

harmony of making something together. It’s rewarding

Originals special “Band Together with Logic,” which

when you experience other’s ideas, and learn and

documented the creative process leading to the

grow – you don’t get that from working alone.

culmination of the video. She was also chosen to join five other collaborators and Gordon-Levitt at

Kern began to see the appeal in collective art after

the South by Southwest Music Festival, where the

video premiered. Although her meteoric rise as a

HITRECORD, in 2012. The site, which aims to connect

an organic process: do what you love, say ‘yes’ to

for members to work on videos, songs, text pieces

every opportunity that comes your way, be humble

and artwork together. Users can build on each other’s

and stay grateful. With a lot of talent and a little

it’s about being creative together, in a nurturing

became the only student to ever work with jazz

online environment. While writing a paper for one

of her graduate classes, Kern noticed one of Gordon-Levitt’s tweets announcing a joint venture

with global phenomenon Logic, and inviting people from around the world to contribute. Heeding the call,

After graduating from Kutztown, Kern was on tour

she listened to James Brown songs for inspiration, and

with Cirque Dreams [Illumination] when her former

recorded some tracks. That was just the beginning.

professor, Dr. Jeremy Justeson, got in touch with an invitation to attend a master class on campus with

esteemed musician Allen Won. During a break from

FoxandMew) took my horn lines and integrated it

tour, Kern seized the occasion to return and listen

into a fun and interesting track,” Kern recalled.

to Won play. Awestruck with his performance, she

“Logic hand-selected by ear what he would put in

took a chance and asked to study with him.

Won agreed, and later recommended she

‘big break’ because trying something new was

saxophone. She did. New York City based saxophone

intimidating. Saying ‘yes’ to Cirque in 2009 took her

around North America on a national tour, to a

for Kern when Sanborn gave it a test run. Then

Group, and lately to Japan, performing at United States air bases as part of Armed Forces

“I was just sitting and drinking a coffee, when he

called and asked to purchase the saxophone, because he loved it,” Kern recalled. “After a lot of thinking I agreed, and he graciously agreed to trade his saxophone for mine, and take me on as a student! It’s been a great relationship – he’s sent tickets so I could see him play, and invited me over for lessons – that’s mind blowing to me.”

FORGING AHEAD After becoming a member of the first cohort to earn an online master’s degree in music education from Kutztown, Kern is eyeing another KU degree for the future, perhaps this time a Master of Fine Arts in communication design (CD).

“ I was just sitting and drinking a coffee, when David Sanborn called and asked to purchase my saxophone, because he loved it.” WHEN OPPORTUNITY KNOCKS, ANSWER According to Kern, it’s imperative to constantly juggle projects – if you don’t get an audition after a callback, or secure a gig, there will be something else to fall back on. She takes her own advice; and is currently in two different wedding bands; records remotely from her home in New Jersey; and is working on a pop music workout cd with a

More than a decade ago, Kern was at an educational crossroads, intending to major in CD, but switching to clarinet right before school began. Recently, an individualized instruction with KU professor Dannell Macllwraith reignited her passion for design, and revealed how crucial photography, typography and Adobe Illustrator can be in cultivating a brand. One thing is certain – there’s a world of possibilities ahead – and it all began with choosing Kutztown.

producer in Los Angeles. It isn’t only luck which

“I absolutely attribute Kutztown, my professors,

has landed Kern a multitude of spectacular gigs,

and my time at the school to succeeding as an

including a position on the National Broadway tour

of “Dr. Seuss’ How the Grinch Stole Christmas!” and

me so much. If I had gone to a different school

as the baritone sax for the major motion picture

attention I received. I felt like all of my professors

of “Rocketman.” When opportunity knocks, she

really cared about my future and prepping me for

answers, and the response is always ‘yes.’ Versatility

a freelance career – I loved it.” 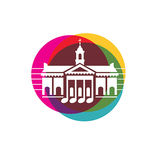