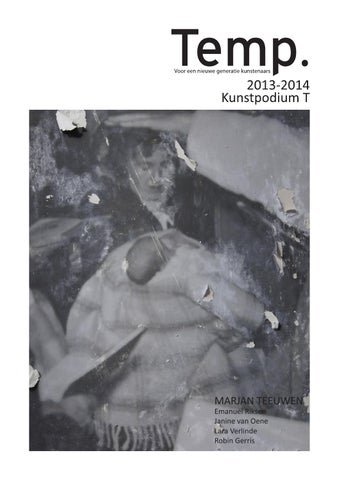 Makes architectural installations in abandoned buildings and makes photo montages based on these installations. First she starts to demolish, stripping buildings to its bare essence. Then she rebuilds it, layer by layer, into a new sort of architectural reality. the literal breaking away of parts of floors, walls and ceilings signal a further accentuation of the polarity between destruction and construction. There is a balance between order and chaos, balance and imbalance, aesthetics and anti-aesthetics, refinement and crudeness. The photos, installations and

films are only created after titanic labour. Most photographers take a photograph; here, photographs are constructed.

To perceive is to take hold of a certain convincement, but what does it mean when our visual perception suggests something else, something that isn’t part of our physical reality? Its the visualization of an idea or a presumption, a concept that describes an infinite space. That pace doesn’t only exist through that which is directly visible, but more than that, exists in thought and the course that isn’t shown at all.

A tentframe that has been abandoned, an erased hotel at the foot of a mountain and a painting of a painting concerning a landscape no man wants to be. I paint pictures of moments in which the ordinary suddenly seems very unusual. Figures are rarely present and therefor these works might seen still life paintings. Yet they are full of movement and traces of human activity. As an echo of movement that has occurred or a indication to what is coming. By painting recognizable spaces, objects or moments, I hope to be able

to play on the memories of others. I want my paintings to contain insoluble mysteries by putting the known next to the unknown.

â&#x20AC;&#x2DC;Letters from Bulgariaâ&#x20AC;&#x2122; is a series of drawings and stencil drawings based on a correspondence on art and politics with a Bulgarian art student. Thanks to Mila Yaneva for the endless amount of inspiration.

Photography is the starting point of my artistic process. This is either a found, or selfmade picture. The picture needs to give me enough space to incorporate my own experiences and feelings to latch onto the image. This forces me to engage in a meditative state where I relive the moment where I try to adjust and reconstruct the image to my wishes. During this moment I consume the image and leave an object. These objects are in a constant state of peristaltic movement. Are they still under construction or are they leftovers from a process. Are they

destroyed or being conserved? The images shimmer between the past and present which puts them in a state of transience. 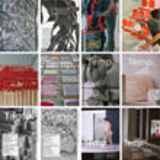