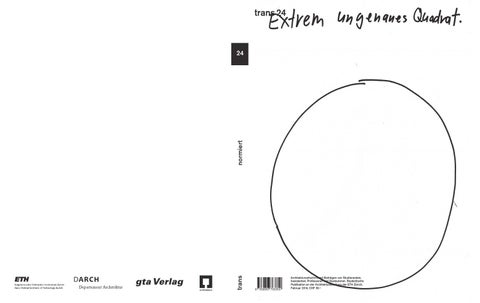 Norms generalize. Norms refer to what is common. Norms represent us. But all of us? Norms are created by us. Written norms are enforced. Non-written norms are followed. But by everybody? Norms reflect our needs. But what about our specific needs? Does the person next to you have the same needs? Maybe. But possibly not. Norms simplify life when it comes to social integration, housing conditions or even forming an opinion. For those in the !standard strata" of society, norms are not only useful, but also a very easy way to define what they want and like. Living in the normed standard is predictable and plannable. Serving the needs of this zone requires no extra effort or money, as mass-production, which is inherently based on norms, is efficient and cheap. But what happens to those outside the !standard strata"? They are either forced to accept what the standard world offers or to create their own version of normality. HOUSING NORMS One of the most important aspects of our life is the space we live in, the space we call !home". As behavioral norms guide us in certain situations, so housing norms show us how to live !properly". They influence the housing market, which, like every other market, prefers predictable customers, mass production, low risk, and a big margin of profit. Housing developers

act on the perceived average needs, life-style aspirations, and household size, creating a formula approach addressing the !standard strata". However, housing for the !standard strata" does not meet everybody’s housing needs. Housing norms represent the average of society and they cannot give an appropriate solution for people with special needs, such as people who are living alone but want to live in small communities, extended families, multigenerational families, low-income households or disabled and elderly people. The two dominant actors in housing development, the state and profitoriented investors, do not have an interest in the extra effort and risk involved in serving a special part of society. It is up to a third actor, the private initiator, to provide alternatives. Those that want to live in a special way must act themselves. SELF-ORGANIZATION According to Michael LaFond !!Self-Organization goes beyond ideas of !participation", emphasizing bottom-up, locally-initiated processes through which people express themselves directly and develop community, gaining power for local structures such as housing projects"".1 Indeed, self-organized or !bottom-up" developments are the key characteristics of a healthy democracy and sustainable thinking. The figure below illustrates how bottom-up developments can complement the top-down (state and profit-oriented) processes and create a more complex and sustainable system.

In bottom-up movements, cooperation is a key factor. If individuals cooperate and combine their resources, organization and maintenance will be easier, the result will be far more complex. Cooperation in housing – !cohousing" – involves a collective way of life around social, economic, ecological and cultural values of the community. As Michael LaFond summarizes: !!Residents are creating community and encouraging neighborhood engagement beyond the borders of their projects and so are helping to develop their cities. They are experimenting with ecological building and sharing and thus are saving energy and other resources. These initiatives are bringing together generations and developing inclusive living environments and new, attractive qualities of life. Cohousing emphasizes collaborative and self-managed social architectures. Residents share a vision of communityoriented living, developed through cooperative planning and management, and supported through common daily experiences. Specially designed spaces and coordinated activities encourage communication within housing projects and interaction with surrounding neighborhoods. Ownership structures work against speculation and help secure affordability over time"".2 Because the initiators are the future tenants, bottom-up cohousing developments can answer real housing needs, such as special spatial forms, new economic models or community-oriented living. The stakeholders and users can define their housing needs together. They free themselves from external pressures, therefore enabling a discussion within the society about housing norms. The society’s current definition of !norm" becomes more flexible. SWITZERLAND – VENEZUELA – HUNGARY

Although cohousing initiatives generally try to resolve the housing situation for groups outside the !standard strata", their approach can vary widely between different countries. These differences are illustrated by Switzerland, Venezuela and Hungary respectively, countries that have various historical and political backgrounds that shapes each citizen’s mentality. In a !living democracy"3 like Switzerland, self-organization and raising a voice is a normal social behavior in a 700 year-old tradition. Bottom-up movements are a common phenomenon, so unsurprisingly a dense concentration of cohousing initiatives can be found here.

In Venezuela, by contrast, the state had under Hugo Chavez subsidized social programmes that won wide political support in the lower socio-economic strata, although they were not long-term, nor sustainable or structural.4 Despite his housing policies, thousands of people were without a roof above their heads or affordable housing possibilities, forcing them to act independently from the state and money. Informal settlements are one form of bottom-up housing movements. The most publicized informal housing movement of the last years has been the Torre David initiative, where the committed residents have persevered in legalizing their squatting. This makes it a positive example for Venezuelans facing similar situations. The political situation in Hungary is similar to that of other post-communist countries. The distribution of power, which shifts between the two main political parties every four years, sustains an instable social

and economical situation. All top-down developments and interventions can only occur in four-year intervals before the government changes hands again. With a democratic tradition that is barely 25 years old, bottom-up activism is also a young phenomenon, having typically been repressed during the socialist regime. But since the fall of socialism, a new generation has started to show initiative. !Critical Mass", the !Hungarian Contemporary Architecture Centre" or !Community Gardens" are just a few of the new bottom-up initiatives that have received top-down support from the state, from local municipalities, or even from private investors. In terms of housing, the number of bottom-up initiatives is very low despite the need for sustainable and affordable housing, new housing typologies, and a strong community life. About 7% of the housing stock (about 300,000 dwellings) is legally classified as cooperative, but they do not show the typical characteristics of their Western European counterparts. They are not community-oriented, do not generate any social or cultural interactions and do not promote new forms of housing. However, major housing issues are crying for appropriate answers. Numerous problems include social estrangement, an aging society, out-dated housing typologies, rigid legal structures, and a lack of public subsidies and long-term strategies. Bottom-up initiated cohousing developments, independent from the state, can be an answer.

The main motives of bottom-up cohousing initiatives – like !Karthago", !Kraftwerk", or !Dreieck" – are cultural and socio-political dissatisfaction, and, of course, the need for affordable housing and maintenance structures. The initiatives try to create new affordable housing typologies, reacting to the new householdtypes and living-forms in a changing society. Thanks to the continuous social discussion but also the strong top-down support, these new typlogies are now being integrated into the standard housing norms.

For instance the !Közösségben Élni / Community Living" – initiative established in 2012 has formulated the aim of cohousing as a tool to create sustainable housing developments in Hungary. The !Közösségben Élni" tries to realize new cohousing, with the active participation of the tenants, from planning to construction to long-term maintenance.

Bottom-up movements and social discussion about norms are not just for wealthy or poor societies, but they can be very diverse, reacting to the current socio-political, economic, ecological, or cultural situations. They try to solve problems or situations that cannot be solved following the housing norms of the !standard strata". Norms are important to improve the quality of life, but norms must change continuously. 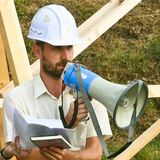 The Trans magazine is the official magazine of the ETH Zürich. The topic of this issue is the "NORMS". We compared housing norms with bottom...

The Trans magazine is the official magazine of the ETH Zürich. The topic of this issue is the "NORMS". We compared housing norms with bottom...