This project was developed for a Comprehensive Design Studio taught by professor Elizabeth Kamell. It was intended to create a flight school and seaplane restoration facility in Hammondsport, NY, right on the edge of Keuka Lake. The sight is famously known as the hometown of Glenn Curtis and one of the birthplaces of aviation. This project references the orientation of streets around the town square of Hammondsport, NY as well as the vernacular of typical wood frame roofs and local boathouses. It seeks to reflect the expressiveness and precision of the structure of the 19th century seaplanes that it houses and of the town they are famously known for coming from. One main goal of the project was to find a way to marry two distinct structural and mechanical systems, each representing one of the two programmatic elements. A large spanning steel mushroom structure was developed for the airplane hangar and workshops. This structure is a riff on the Pier Luigi Nervi project Palazzo del Lavoro . The second program uses a steel framing structure that references typical building construction for homes and boat houses in the Hammondsport area. The project was later featured in the annual King + King Leadership By Design Prize Jury.

02: Footprint House | 2017 Department of Energy Race to Zero Student Design Competition Advisor: David Shanks Scope: Full documentation of single family home Partners: Ian Mulich, Jose Sanchez, Wilson Slagle Year: Spring 2017 The suburbs of Syracuse, New York are currently facing a housing crisis that involves more than sixteen hundred vacant homes sitting in a state of disrepair. These issues are a result of faulty pipes, lack of insulation, dilapidated structure, and many other factors which are contributing to the overall unfit living conditions of these homes. This project, situated on the site of a house recently condemned due to a house fire, aims to produce a net zero ready home that plugs onto the existing foundation of the afore mentioned house. The aim is to eliminate the excavation costs of new constructions and to consolidate built space. The project argues for this manipulated ground-up construction over retrofit as the easiest, cheapest way to achieve a net zero energy building in a low-income residential area. The scheme also works to create a positive and efficient case study for the use of photo-voltaics as the primary energy source in a central New York residential project. The deliverables for this project involved creating a complete set of working drawings, including hvac, electrical, plumbing, and construction documents as well as collaborations with industry partners to further develop the design scheme as a market ready, and zero energy housing proposal.

03: Connective Corridor | Re-imagining Syracuse, NY transportation for the cities future demographics Professor: Daekwon Park Scope: Innovation center and landscape Partner: Olivia Humphrey Year: Fall 2016 The Syracuse University Connective Corridor project is a city-wide revitalization effort focused around public bus routes and attempts to bridge two sides of the city. It aims to revitalize the community by highlighting a safer, more transportation friendly route from the university to the downtown district through efforts in renovation, recreating walkable space, branding, and art installations. However, where the corridor attempts to create a homogeneous path, connecting two sides of the city, it begins to unravel, and the branding, color, and street markers begin to dissipate as one moves closer to the I-81 viaduct. This project aims to re-imagine the ideals of the Connective Corridor project. The project aims to mark a zone for creating more student and public engagement. By first creating a dynamic and engaging street-scape, and then creating a cohesive zone of programs this project would imply that through creating intentional programs and an engaging street-scape, the issues of the original proposition could be fixed; effectively link the two sides of Syracuse, which have drifted apart due to the highway, in a more walkable and user friendly manner.

Found in his 1927 architectural treatise Towards a New Architecture, Le Corbusier produces a collection of essays advocating for the development of modern architecture. Among those essays exists Corbusierâ&#x20AC;&#x2122;s Three Reminders, in which he dismisses current trends and demands a rebirth of architecture based on function and a new aesthetic based purely on form. Using Corbusierâ&#x20AC;&#x2122;s three main points: Volume, Surface, and Plan, these projects would be organized around a study of the most significant architecture in Italy. The studies would be followed by three exercises investigating the projective formal qualities of these projects and how they could be used to determine the form, surface conditions, and internal volume of an object void of pedagogical, or aesthetic resemblance to the typologies of today developing something completely unique to explore but rooted in a deep understanding of the formal and spatial logics of the great works of the past.

ing the work of Robin Evans and investigating the role of circulatory spaces Professor: Janette Kim Scope: New York City Public Brance Library + WeWork Offices Year: Spring 2016 This project, titled “Figures, Doors, and Passages” is derived from the work of Robin Evans, and a paper of the same name. It is a mixed-use facility, functioning as a library, WeWork office, and small cafe. In his paper, Evans investigates the implications of room typologies like the matrix and the corridor, and how they can impact space and circulation. Matrix refers to a room type where rooms are perpendicular to each other and one can move through the series of rooms in any particular way. A corridor room type references one where the user must walk through one room to get to other rooms, or walk along side the various entrances to these rooms. In this project, the aim was to use Evan’s investigations into room typologies, as well as architectural elements like furniture and walls to restructure the circulation of the project in a very specific way. By prescribing designated paths for circulating that move through and around various rooms, the aim is that a user would experience and learn new things on the way to their destination, whether that be WeWork spaces or library spaces. The two distinct programs weave through one another, and furniture, walls, windows, and the like, act to both block and invite users to share spaces or watch each other. The project also features a rather large open air space, in which misuse and variation of event space become a focal point.

06: Paper Village | The implications of ground and program at the New York State Fair

Professor: Sekou Cooke Scope: Youth Hostel + Thermal Bathhouse + Landscape Year: Fall 2015 This project takes place at the New York State Fairgrounds. The fair is a place filled with fun, food, rides, figures, and sign-age. As fairgoers enter the fair, they are elated by the wonder and possibility. The figures and colors overtake oneâ&#x20AC;&#x2122;s mind, and families partake in this field of splendid lights, rides, and noise until they are ultimately sick of it as they leave. At the end of the day, the walk back to your car is long and dreadful, and many fairgoers desire the opposite of what previously exited them the most. The want nothing more than to rest, relax, reflect, and escape the noise. Paper village explores the scenario of a youth hostel and thermal bath existing on the grounds of the state fair. Its expansive landscape and field of shifting and folding planes works to create a permanent oasis within the temporary noise of the fair. Most of the year, the grounds are barren, operating only as an exhibition space. In this project, the shifting landscape acts to create benches, pavilion spaces, and the buildings themselves seemingly rise from the landscape. During a semester designed around the importance of ground and landscape, this project aims not only to mitigate two distinct entities, the paper village and the fairgrounds, but through landscape, it would imply that these distinct programs can work in harmony, as two sides of the Fair.

Over 1 million fairgoers attend the 12 day fair for the first time. With 1,011,248 attendees, this year still holds the over all attendance record.

On Saturday, August 30 the Fair breaks their highest one day attendance record of 120,516 with 120,617 visitors. Two days later on Monday, September 1, that record is broken again with 122,870 visitors. A new tradition is started with â&#x20AC;&#x153;Dollar Dayâ&#x20AC;? on Labor Day including dollar admission, dollar rides and dollar food and drink specials.

original Ragdale Ring in 1912 as an open-air theater for the work of his playwright wife, Frances Shaw. Rounds honors Shaw’s 1912 Ring by further architecturalizing the ring, re-envisioning it as a whimsical and inhabitable performance surface. The new ring considers the way in which one engages the space of performance and intends to allow the ring itself to become integral to that experience, while also producing an atmosphere of discovery and fun for visitors. Rounds encourages a multiplicity of performance types, performer to audience relationships, stage arrangements, and seating options, generating a versatile outdoor venue and a fully encompassing experience. Acting as a piece of architecturally-scaled garden furniture, the project compliments the existing landscape and natural prairie setting and can be enjoyed by both visitors on special occasions as well regularly by artists in the residency program as they reflect and nurture their creative efforts.” -SPORTS Build Team: Jon Anthony, Sarah Beaudoin, Greg Corso, Monika England, Molly Hunker, Kevin Lenhart, Sean Morgan, Jordan Nelson, Kokeith Perry II, Preston Welker, Dabota Wilcox, Nick Zukauskas

Professors: Jimenez Lai + Kyle Miller + Luca Ponsi Scope: 2 day workshop + large scale final model Partners: Aaron Guttenplant + Sherry Wang Year: Fall 2017 Jimenez Lai of studio Bureau Spectacular lead a workshop for Syracuse University in Florence, Italy alongside fellow workshop leader Anna Puigjaner of MAIO. In his workshop and lecture, titled Architecture with Character, Architecture Builds Characters, Jimenez would give the students a peak into some of his working processes and methodologies, including demos in foam model making, where he stressed the importance of working iteratively. The two day workshop was split into two parts, creating several small iterative models showcasing the characteristics of architectural figures and scenes in which characters might perform. The second day of the workshop would include creating a much larger scale model, fusing together these two ideas. Each team of three would be tasked with creating a large character that gives peaks into smaller scenarios in which character interactions of many kinds might take place. The workshop was concluded with a final exhibition and lecture.

Lorenzo Guzzini is a Italian sculpture artist and architect based in Como, Italy. During a two day workshop and lecture series, Lorenzo gave the Syracuse Florence Architecture students a peak into his working methods and process in which he uses cubic plaster models to replicate the effect natural light has on interior space. Over the course of two days, the students attempted to replicate what they learned and create interior spaces, and openings of their own out of plaster. This process would involve having to think specially in terms of both creating partial molds for the plaster and premeditating the outcomes of the interiors and lighting conditions.

Wrong Piñata is a project that sets out to define a set of characteristics that historically apply to the well known party game and then strives to do those things incorrectly or not do them at all. The main characteristics are as follows: 1) The piñata will hang from a string, ridding it of responsibilities of orientation and ground. 2) The piñata will be saturated with cosmetic application such as color, texture, etc. so that it may stand out from its surroundings (an interesting proposition as the end user is often blindfolded. 3) The formal characteristics of the piñata will abstractly resemble that of an animal or some other recognizable, preexisting, irregular form. With those in mind, Wrong Piñata is a collection of formal primitives that is meant to be embedded in drywall, anchoring it to a surface, the cosmetic application of which it adapts. 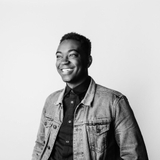