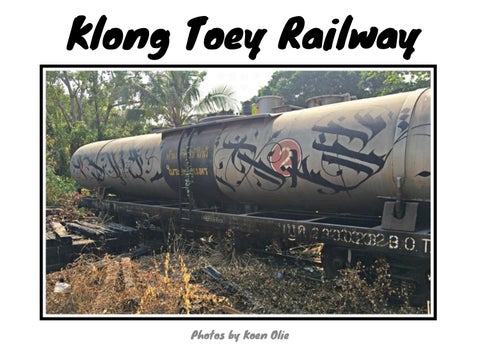 Recently Tim and I went for another Mad Dogs and Englishmen trip, this time walking along the Klong Toey railway tracks. We started from Rama IV passing along shacks and old equipment, most in state of disrepair… The further we walked, the worse it got, lots of abandoned wagons, overgrown at times, just rotting/rusting away… Even the local graffiti artists (including Alex Face!) have given up on adding any new work as they realize this is a train graveyard without much of an audience… The railway continues almost all the way to the Chaophraya River, ending just after the pump station, with Bang Krachao (Bangkok’s ‘Green Lung’) on the opposite side. People (& pigs!) encountered were on the whole either non-committal or bemused, probably wondering why on earth those crazy farangs were walking there. Overall an interesting though sad trip, seeing how a large part of the Thai State Railway is gathering dust… Koen Olie, 28/02/2019 Back cover photo by Tim Reading 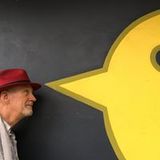