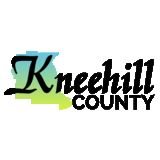 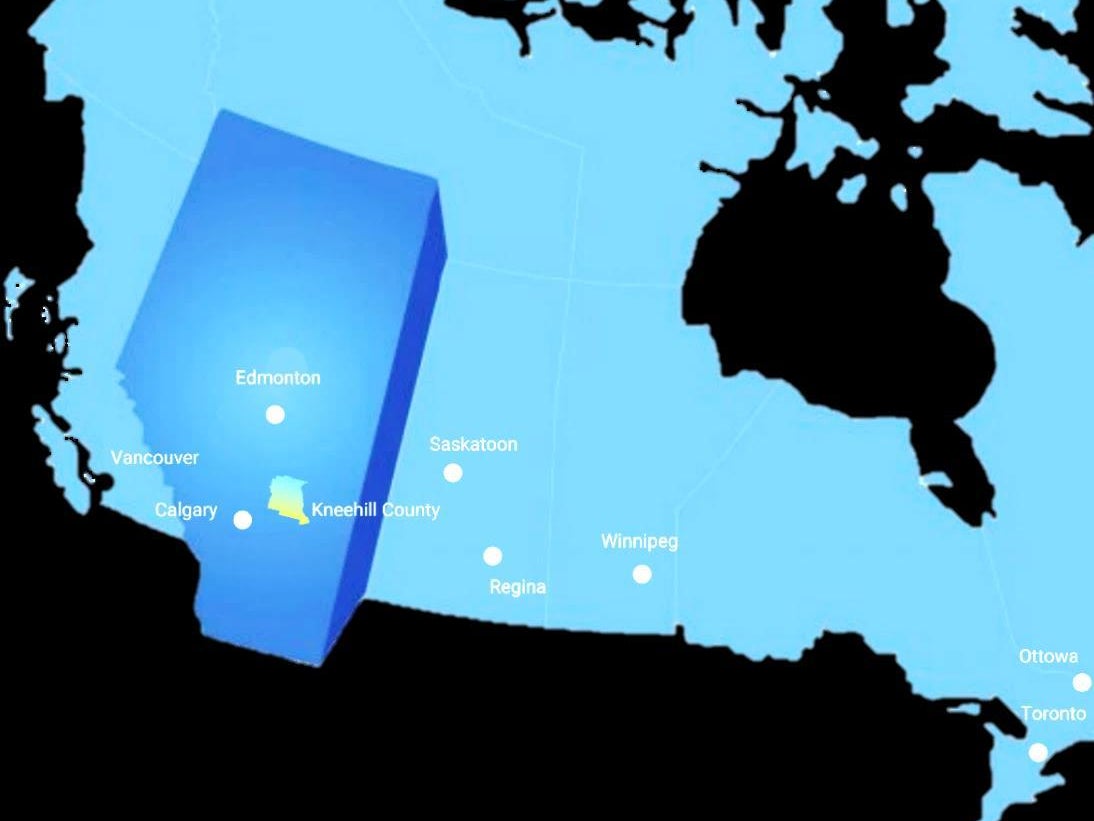 If you had driven past the Kneehill County-owned land at NE & SE 16 a few months ago, you wouldn’t have looked twice-- the rocky terrain and native prairie grasses much like every other quarter in the area. Now the landscape here has changed dramatically, and the machines at work are a sight to behold.

You see, the value of this land lies below the surface- -and though there’s no gold buried in them hills, to a rural municipality, it’s the next best thing.

Kneehill County owns 120 acres of this area, which was comprised of an old landfill site--since reclaimed--where the pit run is now being stockpiled. The pit was in operation for a long time, until groundwater became problematic in the late ’90s. In the mid-2000s, the County tried again, producing a couple of years supply of gravel to crush before the water again, became an issue.

In 2019, Kneehill County started an application for a new pit plan and required approvals, which were finalized in June of 2020. A tender was then awarded to extract the gravel resource while pumping the problematic groundwater into the nearby Kneehill Creek.

“We really only have one chance to extract the gravel and deal with the water,” said Brad Buchert, Director of Transportation for Kneehill County. “Where the gravel was extracted will become a 50+ acre end pit lake, with water depths of up to 65 feet. If we don’t get the gravel out now, we won’t be getting it later.”

The project is scheduled to be completed by the end of February 2021. The mountain of pit run will be stockpiled at NE 16, where it will be crushed to produce gravel for the roads, and other gravels to suit the municipality’s needs.

“This secure source of gravel is a huge win for the municipality,” said Kneehill County Reeve, Jerry Wittstock. “It will serve our residents and the County well for years to come.”

This story is from:
Neighbourhood Notes December 2020
by Kneehill County