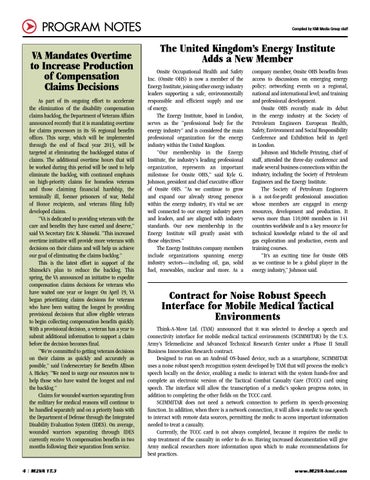 PROGRAM NOTES VA Mandates Overtime to Increase Production of Compensation Claims Decisions As part of its ongoing effort to accelerate the elimination of the disability compensation claims backlog, the Department of Veterans Affairs announced recently that it is mandating overtime for claims processors in its 56 regional benefits offices. This surge, which will be implemented through the end of fiscal year 2013, will be targeted at eliminating the backlogged status of claims. The additional overtime hours that will be worked during this period will be used to help eliminate the backlog, with continued emphasis on high-priority claims for homeless veterans and those claiming financial hardship, the terminally ill, former prisoners of war, Medal of Honor recipients, and veterans filing fully developed claims. “VA is dedicated to providing veterans with the care and benefits they have earned and deserve,” said VA Secretary Eric K. Shinseki. “This increased overtime initiative will provide more veterans with decisions on their claims and will help us achieve our goal of eliminating the claims backlog.” This is the latest effort in support of the Shinseki’s plan to reduce the backlog. This spring, the VA announced an initiative to expedite compensation claims decisions for veterans who have waited one year or longer. On April 19, VA began prioritizing claims decisions for veterans who have been waiting the longest by providing provisional decisions that allow eligible veterans to begin collecting compensation benefits quickly. With a provisional decision, a veteran has a year to submit additional information to support a claim before the decision becomes final. “We’re committed to getting veterans decisions on their claims as quickly and accurately as possible,” said Undersecretary for Benefits Allison A. Hickey. “We need to surge our resources now to help those who have waited the longest and end the backlog.” Claims for wounded warriors separating from the military for medical reasons will continue to be handled separately and on a priority basis with the Department of Defense through the Integrated Disability Evaluation System (IDES). On average, wounded warriors separating through IDES currently receive VA compensation benefits in two months following their separation from service.

company member, Onsite OHS benefits from access to discussions on emerging energy policy; networking events on a regional, national and international level; and training and professional development. Onsite OHS recently made its debut in the energy industry at the Society of Petroleum Engineers European Health, Safety, Environment and Social Responsibility Conference and Exhibition held in April in London. Johnson and Michelle Prinzing, chief of staff, attended the three-day conference and made several business connections within the industry, including the Society of Petroleum Engineers and the Energy Institute. The Society of Petroleum Engineers is a not-for-profit professional association whose members are engaged in energy resources, development and production. It serves more than 110,000 members in 141 countries worldwide and is a key resource for technical knowledge related to the oil and gas exploration and production, events and training courses. “It’s an exciting time for Onsite OHS as we continue to be a global player in the energy industry,” Johnson said.

Contract for Noise Robust Speech Interface for Mobile Medical Tactical Environments Think-A-Move Ltd. (TAM) announced that it was selected to develop a speech and connectivity interface for mobile medical tactical environments (SCIMMITAR) by the U.S. Army’s Telemedicine and Advanced Technical Research Center under a Phase II Small Business Innovation Research contract. Designed to run on an Android OS-based device, such as a smartphone, SCIMMITAR uses a noise robust speech recognition system developed by TAM that will process the medic’s speech locally on the device, enabling a medic to interact with the system hands-free and complete an electronic version of the Tactical Combat Casualty Care (TCCC) card using speech. The interface will allow the transcription of a medic’s spoken progress notes, in addition to completing the other fields on the TCCC card. SCIMMITAR does not need a network connection to perform its speech-processing function. In addition, when there is a network connection, it will allow a medic to use speech to interact with remote data sources, permitting the medic to access important information needed to treat a casualty. Currently, the TCCC card is not always completed, because it requires the medic to stop treatment of the casualty in order to do so. Having increased documentation will give Army medical researchers more information upon which to make recommendations for best practices. www.M2VA-kmi.com 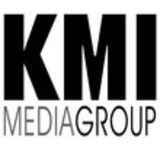