1 - Narrow &amp; intimate streets, front porches, mature trees, and walkability are some of the features valued in Schneider Creek Neighourhod 2 - Neighbours share their ideas for improvement in the neighbourhood.

Simply together to play the blues

Steve Beilstein n 2015, the Fog Blues and Brass Band formed for one simple reason. “I think we got together to be just a blues band,” explains bass player Al Hosack. Originally founded by Walter Horn, their CD Into The Fog, three years in the making, was aired nationally by the CBC and 98.5 CKWR FM with some really good feedback. This helped to springboard their popularity, and it has maintained a steady climb ever since. The band is comprised of lead singer and harp player Hills Walter, bass player Al Hosack, keyboardist Bobby Becker, guitarist Tim Palser, sax player Dan Jancar, and drummer Pat Furlong. They bring together 200 years of collective musical experience. “Walter Horn was working with Al and Pat, he had a rhythm section, and decided to take it and find a keyboard player, which was Bobby, and called me up and asked if I was interested to sing, and that process took two years,” Hills explains. “My connection was through Al,” Jancar says. “I was playing in another band out of Guelph and Al joined that band and played for about a year. After he left, Al sent me a message asking if I was interested to play sax. “The last to join was Tim Palser in 2018 as guitarist, replacing Walter Horn. Each member brings to the table a wealth of experience and ideas. “In Kitchener I joined up with a band called Your Favorite Thing, which became the band called Yukon. We used to back up Del Shannon and Freddy Canon and all those guys,” Becker remembers. In fact, every member of the band has played with such heavy hitters as the legendary Pat Labarbera, Robi Banerji, William Karn, Larry Bodner, Meg Contini, Don Featherstone, Joe Dublanski. Each member of Fog Blues and Brass Band is extremely talented

and has a history of musical education - except for guitarist Tim Palser. “I took three guitar lessons with Gord Taylor, a local country star. He taught me six chords and said the rest was up to me,” Palser says. After that he spent every spare moment practising. It paid off. The way Palser delivers rich emotional rhythms and deep buttery leads, one would think he had a master’s degree in music. His precision timing and ability to transform the mood of a crowd with just a few notes, testifies to his abilities as a professional. Drummer Pat Furlong began his drumming career with a push from his mother. “I grew up in Kitchener. In the Doon area. I came from a big family. Nine in the family. I was an angry kind of a kid. My mother recognized I needed something to focus on. She read an ad in the paper that someone was giving drum lessons. I was about eight years old and she sent me over there. And it really changed my whole life,” Furlong explains. Decades later, Furlong and Hosack are laying down rock solid bass grooves and percussion beats with surgically precise timing; the foundation to which the rest of the band can build their impressive guitar licks, sax playing and keyboards in perfect pitch, laying all the groundwork for Walter to grace it with his impeccable voice. The title track of their CD, Into the Fog, was co-written by former Copperpenny guitarist Bill Mononen and Fog Blues and Brass Band. It begins with a perfectly timed explosion of all the instruments, then immediately changes to a smokey blues rhythm just before Walter begins a pitch perfect intro with his raspy blues voice. A must hear for any blues lover. Although they write many of their own songs, they picked Into The Fog as the title track together as a team. They believe making music is a collective effort and every decision, no matter

how small, affects everyone, so everyone has a say. The same goes for their musical input into the songs they write. They are given free rein to suggest an arrangenment or lyrics. They are given all the real estate to let their creative side run wild. “The real estate has got to be there. Otherwise we won’t get the best,” Walter explains. Another group decision was to get the right producer. They wanted to find someone who would be professional and work with them to bring out their very best. “We went and we got John “Beetle” Bailey who I grew up with,” Walter remembers. It was a move they didn’t regret. Only wanting the best, they employed Don Breithaupt to do the horn arrangements. Breithaupt has an impressive resume, including three songs nominated for Juno Awards, and has twice co-won the American Songwriting Competition and the International Songwriting Competition with his brother Jeff. Equipment is a huge consideration. It has to be the best, deliver the best sound, and still be easy to move from show to show. “I have a Gallien Krueger amp, and the head will fit in my case where I keep the cords. I have two cabinets that I can pick one up in each hand and carry it. You can use them on the biggest stage there is and it’s loud enough,” Hosack explains. When they are playing a show, communication with the audience is key. Fog makes sure the show is high energy, positive in delivery, and precision perfect in execution. If you would like to see them in concert, hire them for an event, purchase a CD, of just drop a line of appreciation, you can visit their web site at www.fogblues.com, or email them at fogharpblues@ gmail.com. You can also follow them on social media by searching #fogmuzic on Instagram or Facebook.

Schneider Creek Neighbours got together and wrote down what they value and what they need for their neighbourhood We can’t help but notice places near our homes that could be improved with a small change, or how our growing city could potentially impact our neighbourhoods. How to harness all the great ideas is best done by sharing and recording them through neighbourhood gatherings. Neighbours in Schneider Creek did just that, and have benefitted with a sense of empowerment that wasn’t there before. A Jane’s Walk helped neighbours meet and talk about the neighbourhood and ask questions about the impact of new development spurred by the LRT. They followed up with an idea to tell the City what they valued and wanted for their neighbourhood. Jane Pellar, who participated in this initiative, describes what happened: “To find out how our neighbours felt about all these things we needed to gather people together and provide an opportunity for them to express their hopes, dreams and ideas. Festival of Neighbourhoods was an invaluable tool in our journey! We were happy to be able to access so many games, supplies and activity ideas from them! Through simple planned activities, such as a BBQ Potluck, Halloween Party, Porch Party, providing a Listening Post or meetings with plenty of pens and paper, we were able to begin to see what was of importance to us as a thriving community . We have happily discovered the many creative, and caring people who call Schneider Creek home!” By coming together with a common voice the neighbourhood has been able to affect the shape of development, to make it known that this is a very special place, and to give direction for future improvements. Get together with your neighbours to think about how your neighbourhood can be even greater. In the process, you will discover much about your neighbourhood, you will help define its character to the broader city, and meet great neighbours. Kitchener’s Festival of Neighbourhoods encourages everyone to organize inclusive activities in their immediate neighbourhood. Contact us for tips and resources in Kitchener to help bring your neighbours together and to ensure that your activity qualifies your neighbourhood for the $20,000 capital improvement grant draws. Register your inclusive neighbourhood gathering (held between October 1st, 2018 and September 30th, 2019) with the Festival before October 5th, 2019 and join us at the Festival Celebration at Kitchener City Hall on Sunday, November 17th from 1:00 to 3:00 p.m. when the draws for the $20,000 neighbourhood grants will be held and the winners announced. 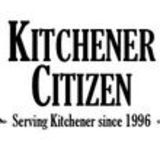