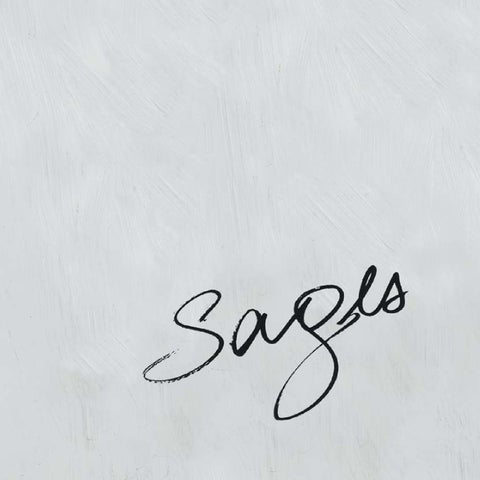 JENNY SAGES Jenny Sages has painted some of the greatest Australian portraits of the past decade but she is, by inclination, a landscapist. Sages’s annual entries in the Archibald Prize have alerted audiences to the quality and consistency of her work, but there is nothing in those portraits, with their hard-won likenesses and psychological insights, to prepare one for a first glimpse of the landscapes. Sages does not paint the kind of views we associate with Arthur Streeton or Hans Heysen. At first glance her works may not seem like landscapes at all, although this impression is corrected by a few moments’ study. Looking at one of Sages’s panels we see a mass of dots and lines incised into a waxy surface stained with pigment. These squirming patterns might have been made by tiny worms rather than the human hand. Others resemble clusters of miniscule seeds, ready to be scattered by the wind. It seems inadequate to describe them as ‘abstract’ – they are like slices of rock, or plants seen through a microscope. One may discern nests, shells, animal tracks, the spines on leaves, the movement of tides, or numerous other traces of the natural environment. They are fragments that contain whole worlds. “The veneration of matter,” rhapsodised the poet, Francis Ponge - “what is more worthy of the human spirit?” This is exactly what we find in Sages’s so-called ‘abstracts’. They are not cerebral exercises holding themselves aloof from the material world. They are distillations of the landscape: concentrated acts of attention that almost pulse

with life. At the same time they are a form of handwriting, underlining the subjective aspect of Sages’s vision. In her preference for bright whites and yellows, Sages evokes the distinctive Australian light. Her ochres refer to the reddish earth of the outback and the works of indigenous artists with whom she has obvious affinities. Like those Aboriginal painters, Sages is painting a spirit landscape, defined by texture and detail not by familiar landmarks. There is no concession to Renaissance perspective or any Neo-classical formula. Almost everything happens on the same plane, although we might be looking at the teeming activity in a rockpool captured diagrammatically; a net draped across a void, or a ragged corner of a larger design. In trying to make a thing rather than a picture, Sages has begun to produce paintings that are also three-dimensional objects. These works are as solid as planks; more like geological core samples than imaginary windows onto the world. They are to be looked at rather than through. It should be recognised that Sages has created an entirely new kind of landscape painting. Needless to say, there was nothing of the sort in the confusing survey of ‘landscapeinfluenced’ art that represented Australia at the Royal Academy in London this year. Instead, it appears we have not yet transcended the modernist cliché which holds that anything of genuine originality is destined to be misunderstood. Like the artist herself, these works look delicate but are amazingly resilient. They will be admired and valued when the fashions of the moment have long since fallen from grace.

“Making art is not a rarified human kind of activity – but a basic human impulse that links up with something already in you.” Jenny Sages

They are predellas They are story boards They are frames within frames They are the subject of my fiercest attention and my worst nightmares When time is viewed from the perspective of individual human lives, the constancy of a place allows it to move in daily cycles. The images are protected in their own space that one cannot invade. It parallels our own existence. Looking with contemporary eyes the pictures become merely a world of appearances. * Predellas are the smaller images of early altarpieces that narrated in sequences, the biography of a saint, they then become a boundary between image and story.

For further information, images and a full CV on Jenny Sages go to www.kingstreetgallery.com.au Exhibition catalogue from 2013 exhibition 'Show Me the Way'

Exhibition catalogue from 2013 exhibition 'Show Me the Way'