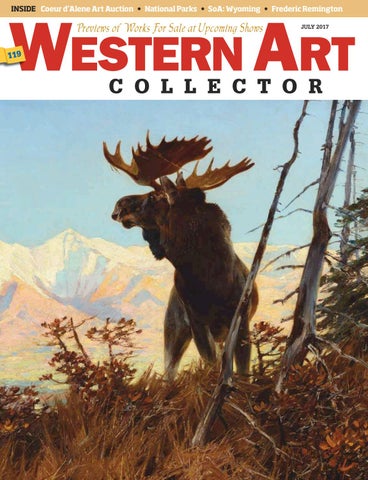 ainter Jie Wei Zhou finds tremendous opportunity in the quiet personal moments people share with themselves without even known that they’re doing it. This moment he captures has a name: life. “I love to show people naturally as they

are,” Zhou says. “It is when they are most honest to themselves.” Born in China, Zhou came to the United States in 1994 to pursue his art career. Today he lives outside Denver, but he occasionally returns to China to see family and also capture

more reference material, which is often street scenes of people living their lives, whether it’s playing music on a street corner, as in Tibetan Music, or a family bringing chickens to market, as in Farmer’s Market Day. Many of his works feature children, including in the playful My Puppet, in which Zhou paints a young girl playing with a teddy bear on marionette strings. “I really enjoy painting children because they have a connection that you can feel,” the painter says. “They are individuals. They have their own minds and their own self, and you can see it in their faces and in their eyes.” Two works, Tea Time and Ceremony Girl, are based on two different sittings by Zhou’s wife, who poses wearing traditional Chinese embroidered dresses full of detail. Both pieces have gorgeous even light that covers the figure

and reveals exquisite detail in the fabric, her hair and items in the paintings such as the teacup and a traditional silver hat. “The ceremonies for the girls in China are always interesting,” he says. “There are a couple big ceremonies that a girl will participate in before she’s 18 years old, and each of them is great, with lots of important details in the

clothing and customs.” Some of Zhou’s works are highly detailed, and other pieces are looser with more spontaneous brushstrokes. When he’s at his easel, he is guided by something that can’t be taught in an art book or class. “I follow my heart,” he says. “You can’t contradict yourself. Just listen to your heart and