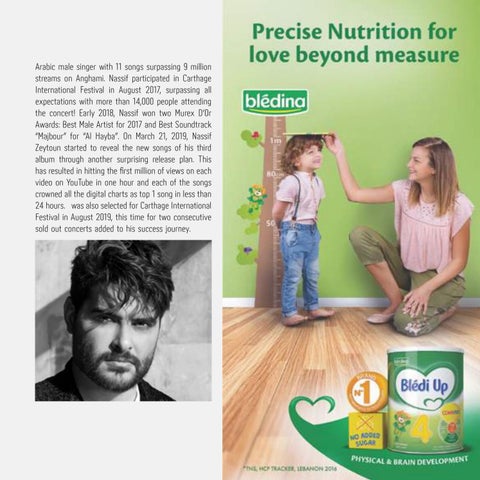 Arabic male singer with 11 songs surpassing 9 million streams on Anghami. Nassif participated in Carthage International Festival in August 2017, surpassing all expectations with more than 14,000 people attending the concert! Early 2018, Nassif won two Murex D’Or Awards: Best Male Artist for 2017 and Best Soundtrack “Majbour” for “Al Hayba”. On March 21, 2019, Nassif Zeytoun started to reveal the new songs of his third album through another surprising release plan. This has resulted in hitting the first million of views on each video on YouTube in one hour and each of the songs crowned all the digital charts as top 1 song in less than 24 hours. was also selected for Carthage International Festival in August 2019, this time for two consecutive sold out concerts added to his success journey.