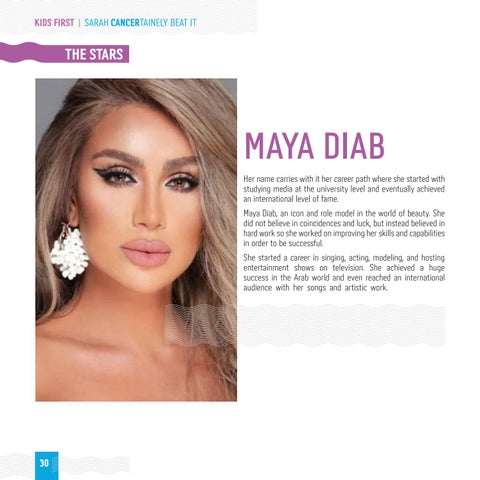 Her name carries with it her career path where she started with studying media at the university level and eventually achieved an international level of fame. Maya Diab, an icon and role model in the world of beauty. She did not believe in coincidences and luck, but instead believed in hard work so she worked on improving her skills and capabilities in order to be successful. She started a career in singing, acting, modeling, and hosting entertainment shows on television. She achieved a huge success in the Arab world and even reached an international audience with her songs and artistic work.